The Tokyo Tech Kyudo Club placed third in both the mixed and women's rookie competitions at the 2019 Tokyo Metropolitan Intercollegiate Kyudo Federation-sponsored archery contest in March. Two women also collected individual Rookie Awards at the event, which is open to 1st and 2nd-year students.

The 2019 mixed rookie competition, held from March 2 to 17 at various universities belonging to the Tokyo Metropolitan Intercollegiate Kyudo Federation, brought together 33 teams of men and women from 30 universities. During each bout of the tournament, six team members with 20 arrows each attempted to achieve the highest possible total score. Tokyo Tech had an outstanding run throughout the two-week period. In the third-place bout, the Institute defeated the University of Tokyo 76-72. 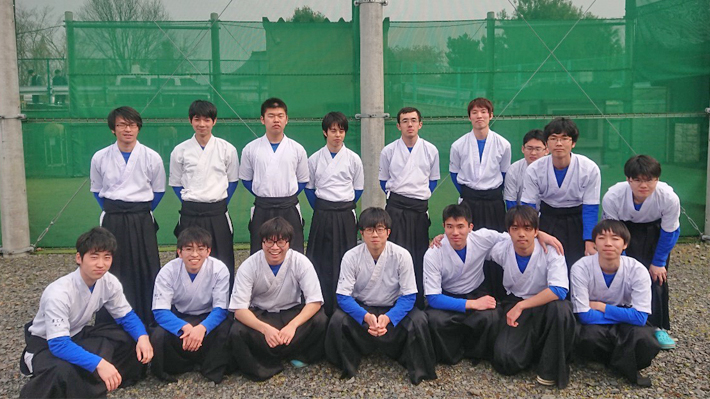 Honestly, at first I thought we were not going to make it past the first week. Before the competition, less than half of our arrows as a group were hitting the target, and we were not confident. However, at the Kyudo Club spring break outing, we received plenty of advice from more experienced archers, particularly from the captain and vice-captain. As a result, we were able to achieve consistent results, and over half of our arrows were suddenly hitting the target. Some of the club members improved very quickly, and we were able to maintain a good flow in this tournament. We played five bouts during the two-week period, some of which were very tough, and I think we can build on this third-place finish in the future.

The second-year students in the club have all moved to the departments they were hoping to join, and I think we can continue to practice together despite being busy with our studies. I believe joining the Kyudo Club has made my university life more fulfilling.

The 2019 women's rookie competition, held from March 3 to 17, brought together 31 teams of women from 27 universities. During each bout in this contest, four team members with 20 arrows each attempted to achieve a higher total score than their opponents. Once again, Tokyo Tech's performance was outstanding. In the third-place bout on March 17, the Institute's women defeated Gakushuin University 45-25. Megumi Ito, a 2nd-year Civil and Environmental Engineering student, and Kotone Nagayama, a 1st-year student in the 7th Academic Group, both hit the target with 16 or more of their 20 arrows. 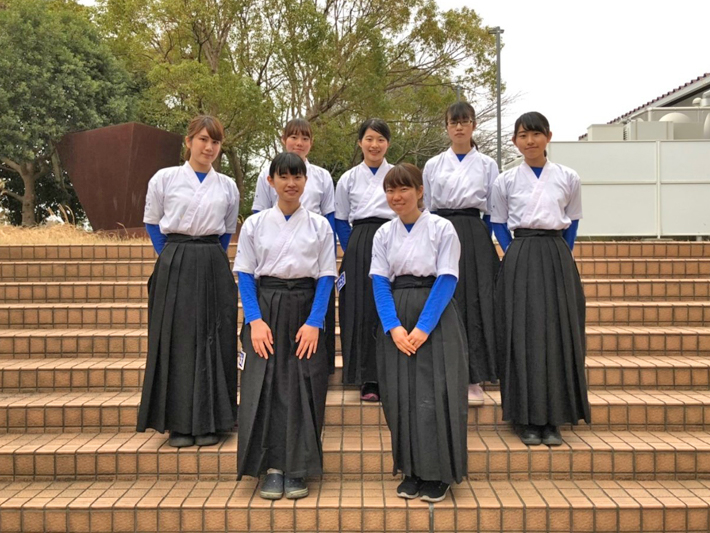 I won the individual Rookie Award at this contest, but I am very pleased that both the men and women achieved third place. This was my second time at the rookie contest after joining last year's competition, which ended in disappointing fashion after just my first bout. This year, I was able to advance to the later rounds, and I really felt I achieved personal growth.

There are many more competitions to look forward to in the future. This contest was held during spring break, so we had plenty of time to prepare. That will change as classes begin, but I hope to find a suitable balance between my studies and kyudo activities.

I was not hitting the target before the competition, but on the last day of the club's spring outing, I was able to find my form and maintain it throughout the contest. I became accustomed to competing on consecutive days and the atmosphere of official competitions, and it turned out to be a great experience for me. I was awarded the individual Rookie Award, but my form is still far from perfect and I look forward to practicing more. The presence of so many alumni cheering us on provided a great source of encouragement.

In addition to the three regular sessions each week, I am able to practice independently at any time I wish, so I am confident that I can continue to fit kyudo in with my studies. Joining the kyudo club has allowed me to develop strong friendships and has enriched my life at university greatly.

The Tokyo Tech Kyudo Club studies and practices the Heki-ryu Insai branch of Japanese archery under the guidance of Master Takashi Isobe. The club currently consists of eighteen male and seven female members, most of whom are 2nd and 3rd-year students. Three practice sessions a week are held at the Ookayama Campus field, but members are also free to practice independently at a time that suits them best. Over two-thirds of current members began kyudo after entering university, and everyone is encouraged to participate in competitions.