ASCENT is a short-term exchange program organized mainly by students of SAGE. Held for approximately one week each year in Tokyo, the program aims to promote international exchanges and construct a sustainable network of Asian students in the science and engineering fields.

The theme of each ASCENT focuses on a particular contemporary issue in Asia. According to the theme, participants are offered company, research institute, and government facility visits, laboratory tours at Tokyo Tech, and special lectures and speeches that zoom in on various challenges Asian countries are facing. The program also provides a close-up of Japanese research and technology potentially applicable to solving these challenges. Students work in groups to discuss and debate issues, eventually formulating a conclusion that is presented to the other participants.

ASCENT aims to be a comprehensive program, not only focusing on academic but also cultural activities. The program includes cultural exchange parties, Japanese culture tours, and other components that allow participants to further deepen relationships and bridge cultural gaps.

The theme of the 9th ASCENT was NewSpace. Unlike conventional government-led space exploration, NewSpace refers to space development and use led by independent ventures and cross-industry partners. ASCENT participants focused specifically on the aspects of satellite data utilization and remote sensing in NewSpace, and studied trends in space data utilization in Japan.

The ASCENT spend one week developing solutions to social and environmental problems, particularly in Asia and Japan, using data collected from space. The week-long event culminated in a presentation session during which students proposed business models to faculty and fellow students.

The program's first day opened with a kickoff meeting and welcome party. After SAGE explained their activities and introduced the schedule and purpose of the program, the participants acquainted themselves with each other through icebreakers, games, and shared meals. 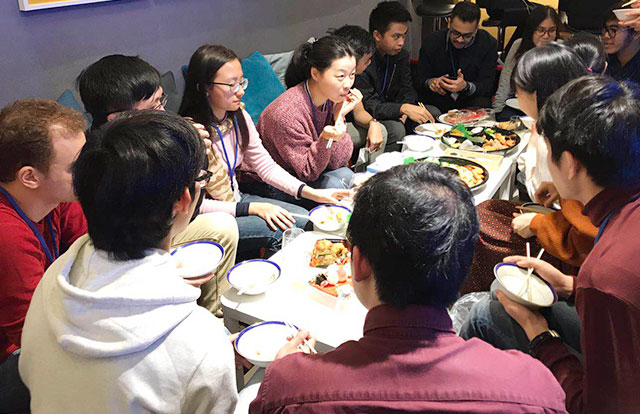 Participants enjoying a meal together

On the second day, ASCENT participants were treated to a keynote speech by Deputy Director Toyokazu Nagamune from the Cabinet Office's National Space Policy Secretariat. After a talk about "Upgrade Businesses with Big Data from Space" participants demonstrated their deep interest in satellite data-related business ventures by asking their guest a number of questions.

In the afternoon, Japan Aerospace Exploration Agency (JAXA) Innovation Hub's Dr. Tetsuhito Fuse spoke about the history of JAXA and innovation in space development. It was clear from Fuse's talk that, without innovative ideas, the concept of NewSpace would never have evolved to its current status. 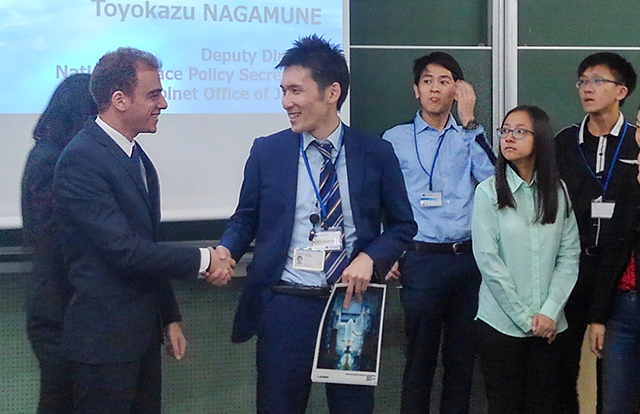 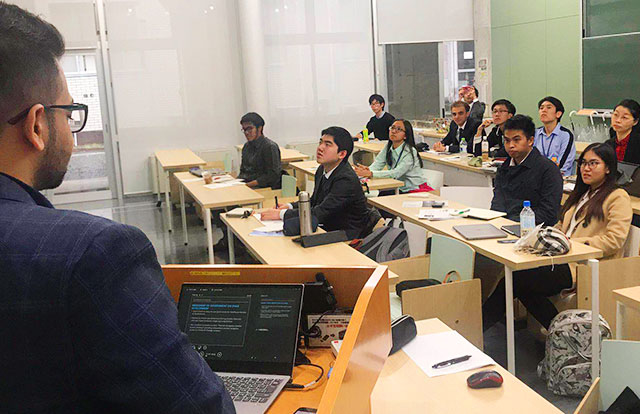 Tokyo Tech's Kimihiro Inagawa from the Office of Research and Innovation continued with a short talk on "What is a startup?" He spoke about trends in technology-related businesses, and introduced the participants to the state of Tokyo Tech-born startup companies.

After the three speakers, ASCENT participants spoke about the state of space development in their own countries. Compact presentations by students from Japan, the Philippines, Indonesia, Thailand, Malaysia, Pakistan, Egypt, and China gave listeners a useful overview of space-related activities around the world.

Listening to lectures intently at J-spacesystems

Day Three meant a visit to Japan Space Systems (J-spacesystems), where participants learned about remote sensing and conducted an ideathon on the uses of satellite data.

Through lectures by J-spacesystems researchers Tomoki Takeda and Shinsaku Nakamura, participants studied the features of optical sensors and SAR sensors mounted on satellites, ways to obtain satellite images, and the various applications of this kind of data.

In the afternoon, the group split into teams and proposed ideas for new systems that utilized remote sensing. The suggestions included: 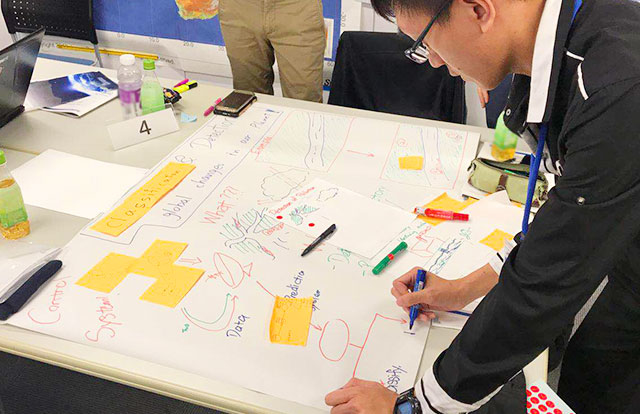 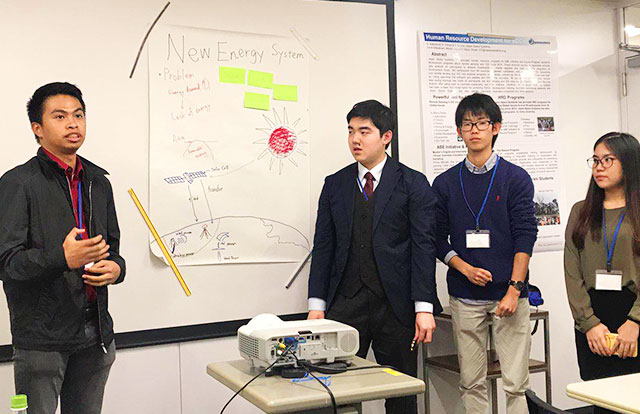 As the program progressed, the participants visited the JAXA Tsukuba Space Center.

After observing an astronaut training session and learning about what space-goers eat, participants had a tour of the operation room for the Japanese Experiment Module Kibo for the International Space Station.

Following this, the students visited the Space Dome exhibition hall, where the 1:1 model of Hayabusa 2 was a particularly popular attraction. 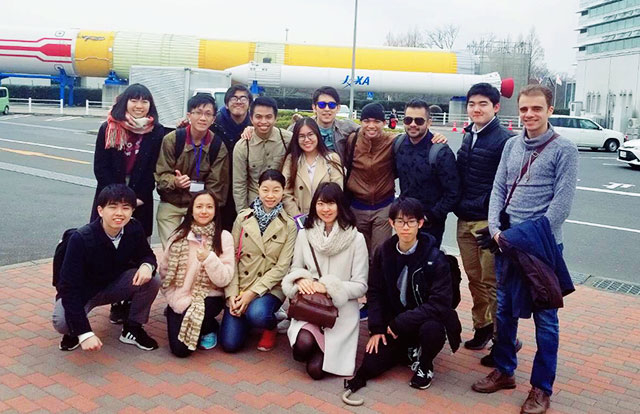 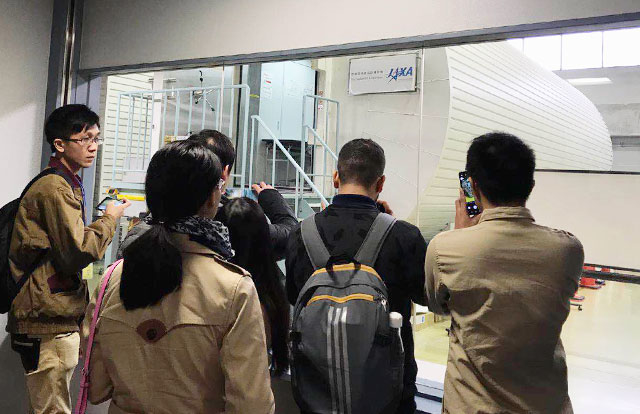 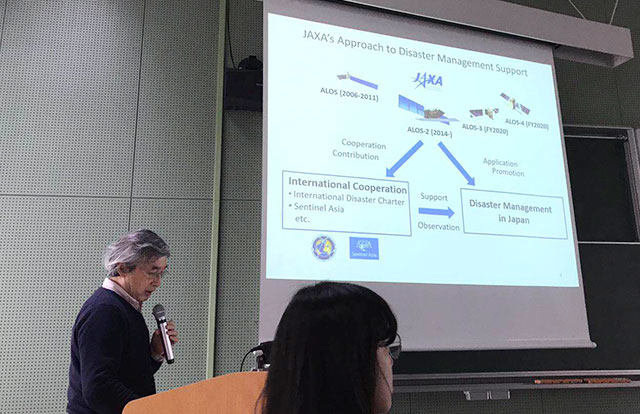 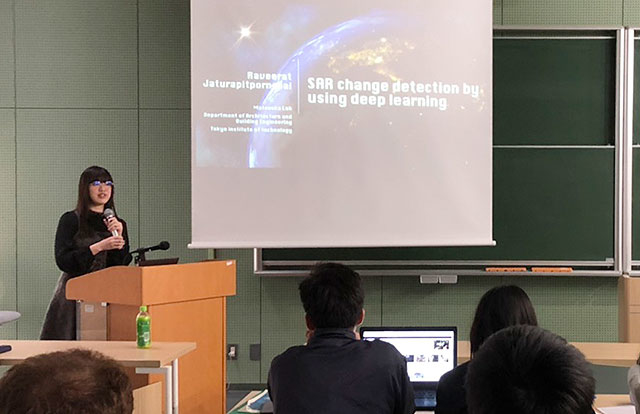 Tokyo Tech doctoral student Ms. Raveerat Jaturapitpornchai from the Matsuoka Laboratory continued with an informative talk on her findings regarding the aptitude of deep learning and synthetic-aperture radar (SAR) satellite imagery.

Both speakers focused on the applications of remote sensing. As many of the student participants are majoring in computer science, questions were raised particularly regarding image analysis mechanisms and information processing in general. 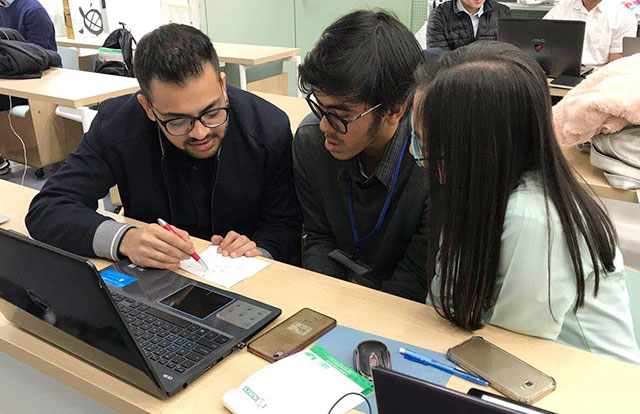 In the afternoon, students split up into teams to get in some practice for their final presentations, which were to focus on "good ideas that generate profit." After two hours of discussion, students presented their interim reports to fellow students, receiving advice regarding discrepancies and shortcomings in their content.

Friday, March 8 was dedicated to Japanese culture. All ASCENT participants traveled to the Asakusa and Solamachi areas in Tokyo to enjoy the traditional sites and food. They also ascended the famous Tokyo Skytree, fulfilled their souvenir shopping needs, and enjoyed some exciting virtual reality experiences. 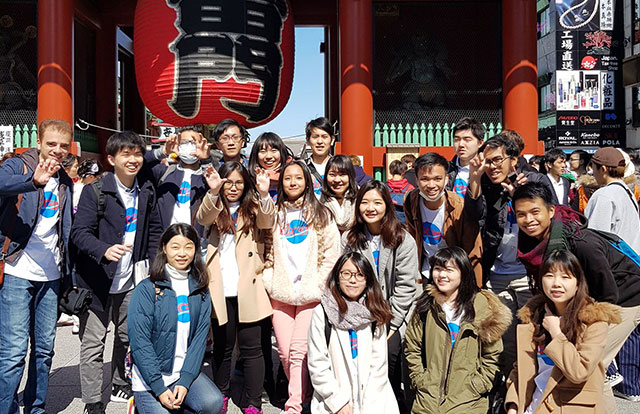 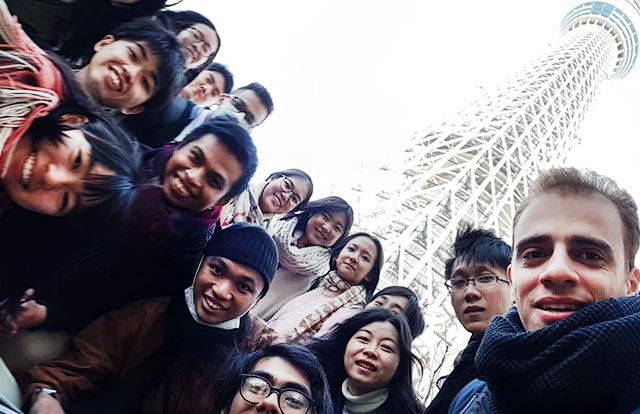 On the morning of the penultimate day, a cultural exchange party was held at Tokyo Tech. Each participant presented cultural aspects of their home country. Some brought in sweets for others to try, while others performed traditional dances.

In the afternoon, students gave their last practice presentations to Tokyo Tech mentor Inagawa. As all the ASCENT participants were science and technology students, many lacked the business experience to make their proposals attractive to potential buyers. Inagawa worked with each of the students to polish their proposals, ending the session at 9 p.m. that evening.

The final day of the program meant that it was time to utilize the new knowledge and ideas absorbed throughout the week and compress them into a fresh business idea presented to all other participants.

After the points from the judges and audience were tallied, DEEPro emerged as the winner. Their idea was hailed as both very interesting and highly feasible. SAT-HUB finished second, followed by the other two teams.

To conclude the program, all participant joined a farewell party to recount their experiences. 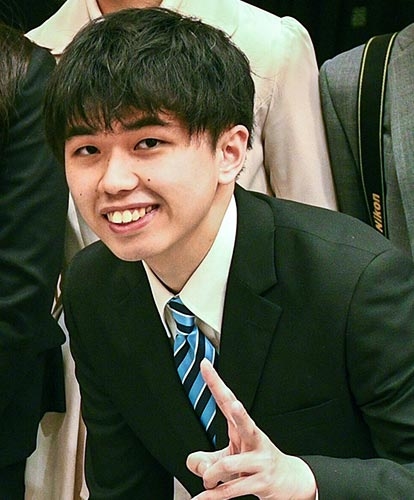 When most people hear the term "space industry," they probably think about rockets, rovers, and other devices and hardware technology. However, satellite data in the form of positioning and image information is much larger in terms of business potential. Considering the rate at which data analysis technology such as image recognition is developing, the business opportunities in satellite data seem endless.

SAGE planned and executed the 9th ASCENT, which focused on understanding, utilizing, and pitching the use of satellite data. Despite struggling to fit in all the lectures and events, with the help and advice of many people such as the staff at Japan Space Systems, I think we were able to execute and successful program that helped participants realize the possibilities in satellite data. We were also able to bring together a diverse group of different specializations, nationalities, and ages, and carry out multidisciplinary discussions where the use of satellite data crossed paths with topics such as environmental issues and genetic modification. I think it was a very meaningful week.

The SAGE team organizing this program had relatively little experience with logistics, and we had a long list of detailed, time-consuming tasks to handle — raising funds, applying for visas, arranging meals and accommodation. We managed to pull it off thanks to good teamwork, and I now feel that we have become a more tightly knit team. I would like to thank all those involved.

ASCENT aims to create a network between students from Asian science and technology universities. This year, students from eight nations joined the program, and I feel that we were able to build strong bonds among the participants.

This program was supported by the Tokyo Tech Alumni Association and the Tokyo Institute of Technology Fund.

This program is supported by Tokyo Tech Fund