A light matter: understanding the Raman dance of solids

Scientists at Tokyo Institute of Technology and Keio University investigated the excitation and detection of photogenerated coherent phonons in polar semiconductor GaAs through an ultrafast dual pump-probe laser for quantum interferometry. 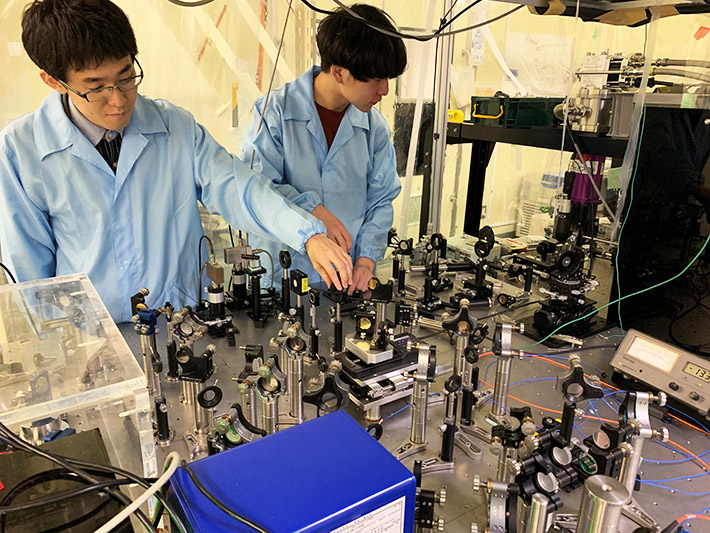 Imagine a world where computers can store, move, and process information at exponential speeds using what we currently term as waste vibrations—heat and noise. While this may remind us of a sci-fi movie, with the coming of the nano-age, this will very soon be reality. At the forefront of this is research in a branch of the quantum realm: quantum photonics.

Laws of physics help us understand the efficient ways of nature. However, their application to our imperfect lives often involves the most efficient ways of utilizing the laws of physics. Because most of our lives revolve around exchange of information, coming up with faster ways of communicating has always been a priority. Most of this information is encoded in the waves and vibrations that utilize electromagnetic fields that propagate in space or solids and randomly interact with the particles in solid devices, creating wasteful byproducts: heat and noise. This interaction propagates via two channels, absorption of light or scattering by light, both leading to random excitation of atoms that make up the solid. By converting this random excitation of particles into coherent, well-controlled vibrations of the solid, we can turn the tables—instead of using light, we can use sound (noise!) to transport information. The energy of this lattice vibration is packaged in well-defined bundles called phonons.

However, the scope of this relies on the understanding of two fundamental points—generation of the coherent phonons and its subsequent lifetime for which it retains its "information-transporting ability." This was the theme of the question that researchers from Nakamura's laboratory at Tokyo Institute of Technology (Tokyo Tech) sought to answer under the collaboration of Prof. Shikano, who is working at Quantum Computing Center, Keio University.

Optical phonons are used to describe a certain mode of vibration, which occurs when the neighboring atoms of the lattice move in the opposite direction. "Because impulsive absorption (IA) and impulsive stimulated Raman scattering (ISRS) cause zapping of such vibrations in the solid lattice leading to phonon creation," claims Nakamura, "our aim was to shed light on narrowing down this dichotomy." The researchers utilized dual pump-probe spectroscopy, where an ultrafast laser pulse is split into a stronger "pump" to excite the GaAs sample and a weaker "probe" beam irradiated on the "shaken" sample. The pump pulse is split into two collinear pulses but with a slight shift in their wave pattern to produce relative phase-locked pulses. The phonon amplitude is enhanced or suppressed in fringes, depending upon constructive and destructive interference (Figs. 1 and 2). 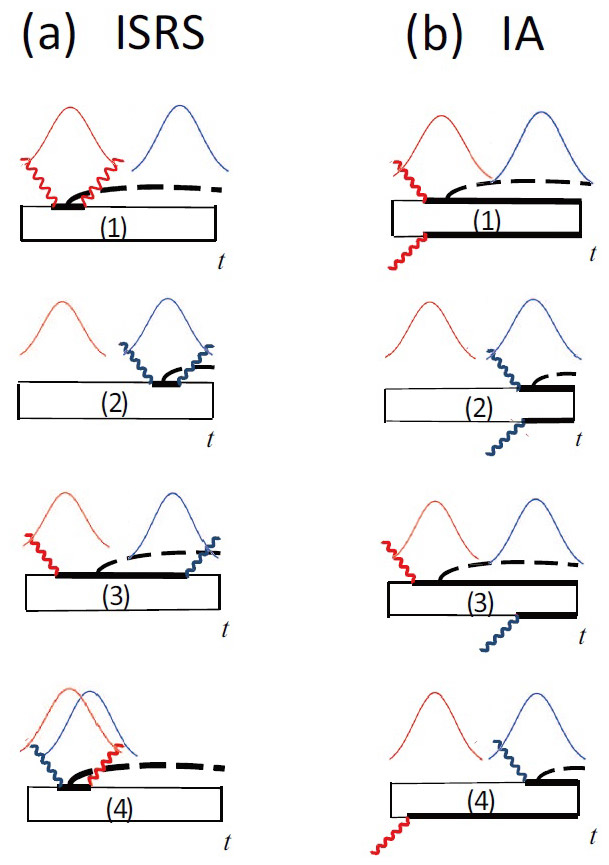 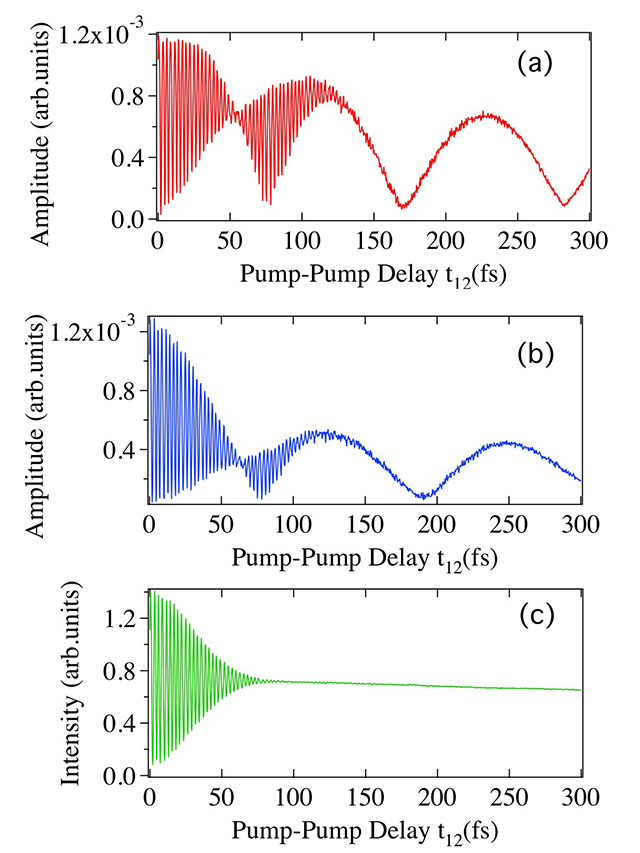 Interference fringes of (a) coherent longitudinal optical (LO) phonons and (b) coherent oscillation of LO phonon-plasmon coupled oscillation in n-type GaAs and (c) optical intereference of the pump pulses. Fast oscillations (period of ~2.7 fs) in (a) and (b) are due to inteference between electronic states.

Nakamura and the team state, "Thus, by varying the time delay between the pump pulses in steps shorter than the light cycle and pump-probe pulse, we could detect the interference between electronic states as well as that of optical phonons, which shows temporal characteristics of the generation of coherent phonons via light-electron-phonon interactions during the photo excitation." From the quantum mechanical superposition, the researchers could sieve out the information: generation of the phonons was dominantly linked to scattering (ISRS).

Advances in ultrashort optical pulses generations have continually pushed the ability to probe and manipulate structural composition of materials. With the foundations laid by such studies in understanding the vibrations in solids, the next step will involve using them as building blocks for transistors, devices, electronic devices, and who knows, soon our future!

The paper has been selected as Editor's suggestion

of Physical Review B.