With the 2Q beginning, Tokyo Tech Academy for Leadership (ToTAL) has welcomed 18 new graduate students as members of the second (June) cohort. A registration ceremony, orientation and introductory workshop was held for the new students on Ookayama Campus on June 6, 2019. This follows the opening ceremony of ToTAL for the first cohort held in late September 2018 and registration ceremony for nine more students held in November 2018. 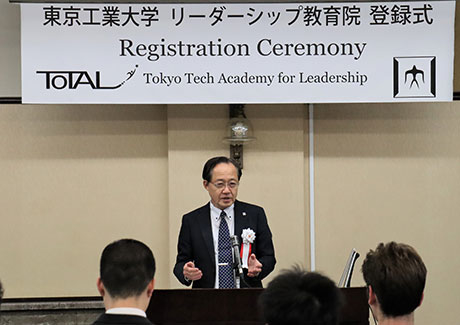 ToTAL, established in April 2018, is an institute-wide education center and platform through which students with different majors, nationalities, and cultural backgrounds learn to harness leadership skills in integrated master's and doctoral degree programs.

In addition to undertaking work required for standard Tokyo Tech master's and doctoral degrees, ToTAL students are expected to complete a rigorous five-year program that culminates in an off-campus project lasting approximately three months. These projects — planned and organized by the students themselves — can be executed in Japan or abroad.

The registration ceremony was held to welcome 18 new students (including 7 international students) as the members of the second (June) cohort. In his welcoming remarks, Tokyo Tech’s President Kazuya Masu encouraged students to proactively participate and enjoy studying in the ToTAL program, while keeping in mind the Tokyo Tech's three commitments — appreciating diversity, embracing collaborative challenges, and taking decisive action.

In the orientation held after the registration ceremony, the offerings of the ToTAL program, including the curricula — cultural skills, recognition of social issues, global communication, leadership, followership and consensus building, and off-campus project — were explained to the students. 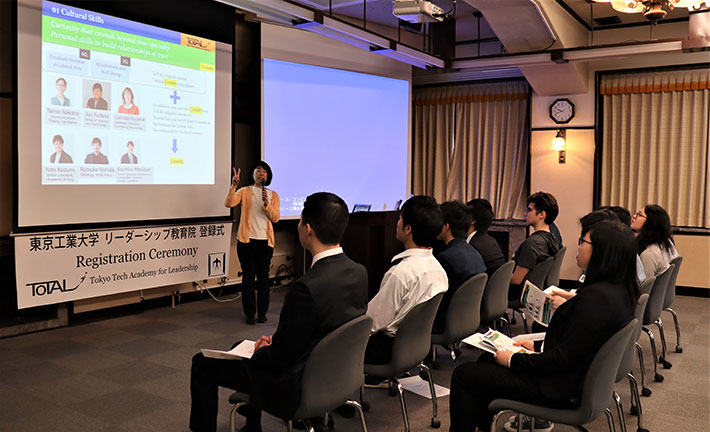 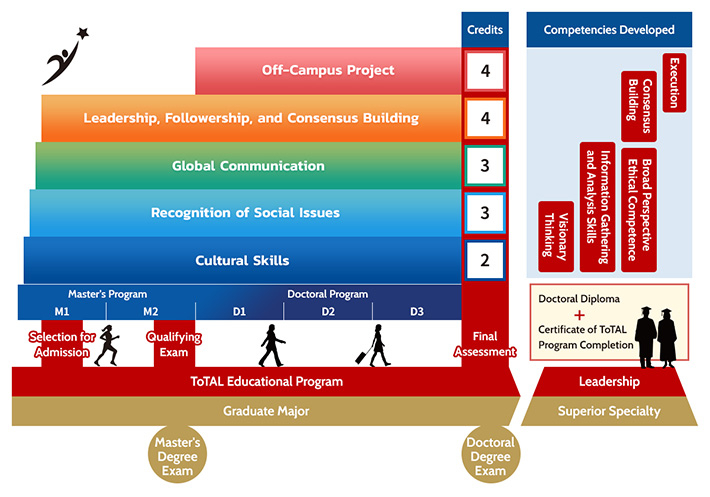 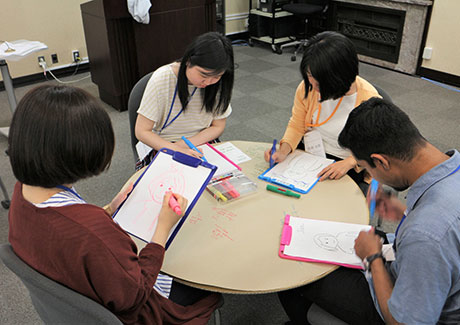 In the introductory workshop following the orientation, students and ToTAL faculty members divided into a group of four surrounding a round cardboard desk called entakun developed for group activities and brainstorming, to introduce each other and share thoughts on topics such as individual interests. At the end of the workshop everyone got together in one large circle and each one introduced another member of the group, quickly building rapport through open channels of communication. 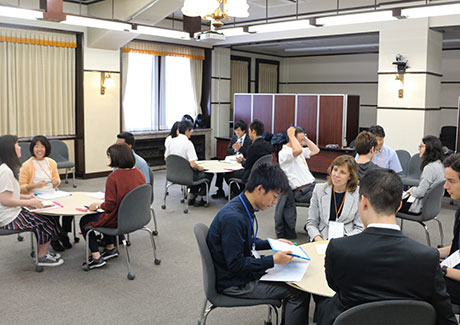 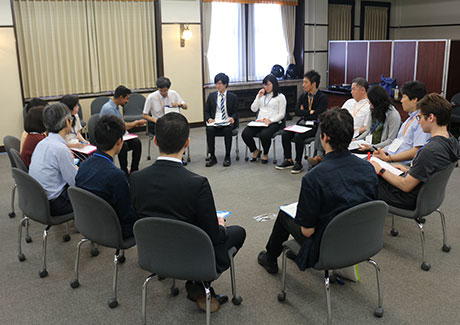