Since its establishment in September 2018, the Laboratory for Design of Social Innovation in Global Networks (DLab) has aimed to unite Tokyo Tech members with citizens to discuss openly the kind of future they want to design. On June 16, DLab held its second Future Scenarios Workshop. Thirty-one staff members, students, alumni, and other participants were present to refine, integrate, and create new scenarios based on the ideas of participants at the first workshop in May.

The morning session began with a review of the 20 future scenarios created by participants in the previous session. The group discussed the background of each scenario, exchanged opinions, and offered comments and constructive criticism on the expressions and definitions used during the first workshop. 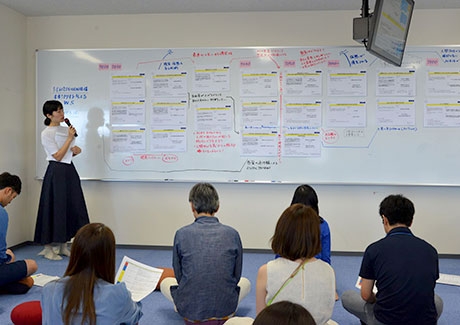 Scenarios from previous workshop being reviewed

In the afternoon, the participants split into four teams. The objective was to continue the review of existing scenarios through open discussion in smaller groups, and then to refine and ultimately produce fresh future scenarios that built on the ideas of previous participants. 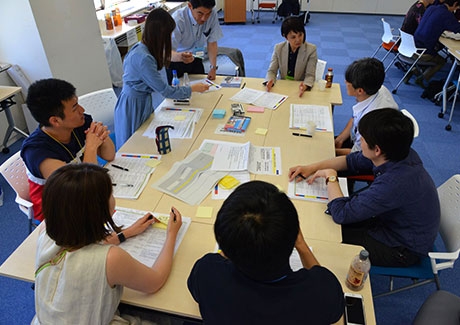 An additional dimension of the refinement process was to generate ideas centered around four overarching themes not highlighted in the first workshop — poverty and inequality, limits (of space, atoms, etc.), youth, and community and compathy. After being assigned a theme, each team again exchanged opinions while viewing previously conceived elements of a desired future, and grouped related ideas using the KJ method, a process used to identify a key problem, organize information, and generate new ideas. 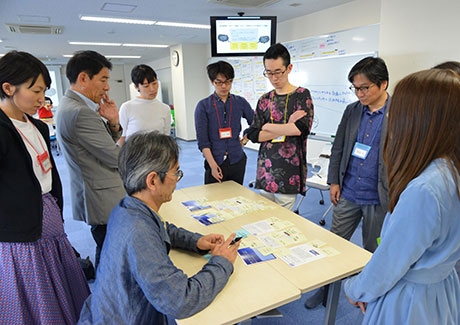 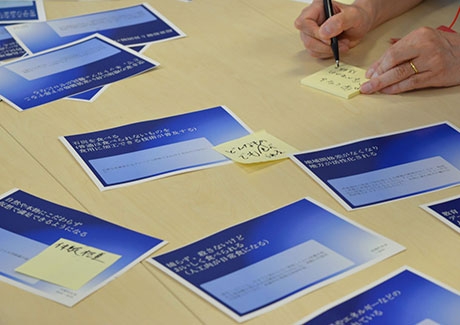 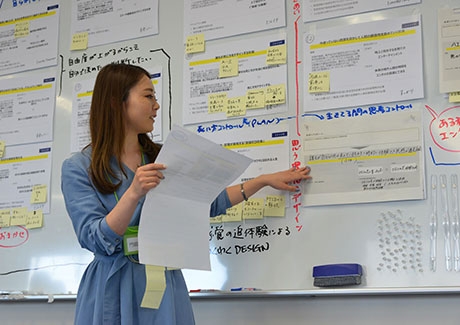 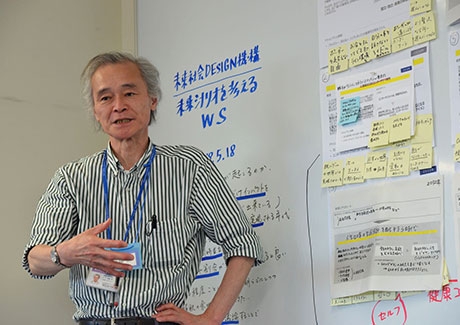 After its kickoff event and two successful workshops, DLab has now completed its first drafts of scenarios of the future. The next step in the design of a future society is the creation of the Tokyo Tech Future Chronology. DLab looks forward to sharing its first complete image of a prosperous future society early next year.