On January 19, the Tokyo Tech Volunteer Group, a student club that bases its activities on the three pillars of reconstruction support, disaster prevention, and regional outreach, carried out a study tour of areas in Fukushima badly damaged by the Great East Japan Earthquake of March 2011. Twenty-six Tokyo Tech students, staff, and faculty members went to examine regions hit hardest by the tsunami, listened to a first-hand account from a local raconteur — actual survivor of the disaster, and observed the current state of decommissioning work being carried out at a local nuclear power plant. 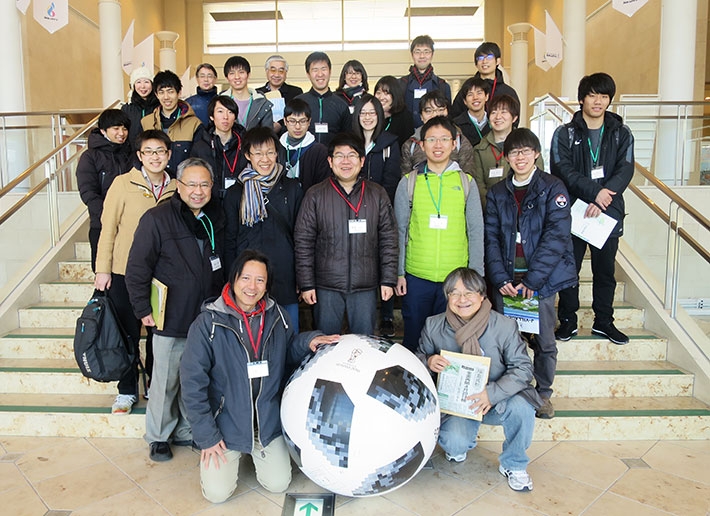 Group shot at National Training Center J-VILLAGE, a symbol of reconstruction in the area

The group began planning the visit due to three main concerns:

1.
Over eight years have passed since the Great East Japan Earthquake, and news about the quake and its aftermath continue to decrease,
2.
Memories regarding the disaster continue to fade, and due to the physical distance between Tokyo and the disaster site, obtaining information about the current state of affected areas is becoming more difficult, and
3.
People's awareness of disaster prevention, which was at its peak after the quake, continues to diminish as memories of the disaster fade.

In addition to addressing these concerns, the group had two main objectives for their visit — to create an opportunity to witness with one’s own eyes the current state of affairs in Fukushima’s affected areas, and to brainstorm how Tokyo Tech students can utilize their knowledge and skills to support the reconstruction process.

The study tour was organized in collaboration with the Iwaki Reconstruction Support and Tourism Information Center. The Iwaki City Tourist Association supplied a tour guide for the day. 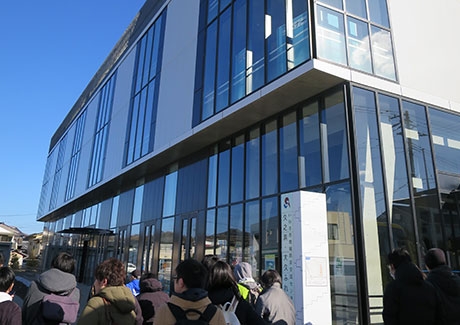 On the bus ride to Fukushima Prefecture, the group members studied documents prepared in advance, and watched video material prepared by the Iwaki Reconstruction Support and Tourism Information Center. Upon arrival, the group rendezvoused with their guide and local raconteur before moving to the devastated areas.

The first stop was Hisanohama, an area that was completed evacuated due to the 2011 earthquake and resulting fires, tsunami, and nuclear disaster. At the Iwaki City regional disaster prevention and exchange center, students learned about the reputational and other damage suffered by the area due to the tremor and its aftereffects. Here, the raconteur provided a vivid description of local life just before and after the earthquake, offering the students a unique opportunity to consider the fragility of life and potential ways to prepare for future disasters of similar magnitude. 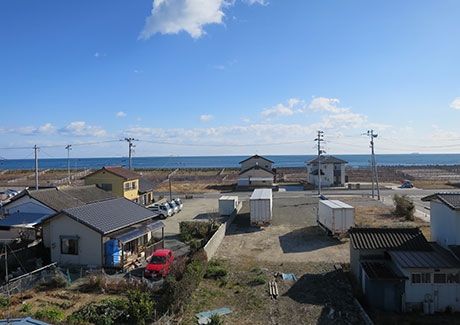 Hisanohama, an area badly damaged by the 2011 quake and tsunami 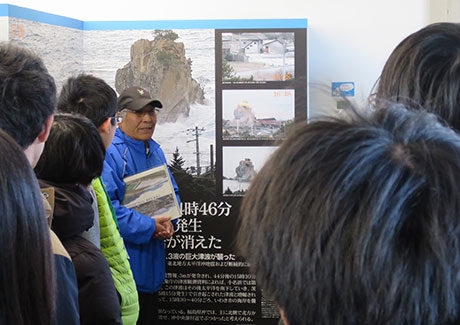 The group then had lunch at National Training Center J-VILLAGE, a sports training facility and hotel, which until recently served as a makeshift base to deal with the meltdown at Tokyo Electric Power Company's (TEPCO) Fukushima No. 1 nuclear power plant. After lunch, the group continued their learning experience at Reprun Fukushima, a center informing the public of landfills for contaminated waste, and at the TEPCO Decommissioning Archive Center, both of which opened in the latter half of 2018. 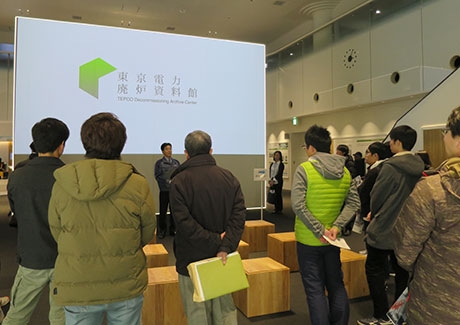 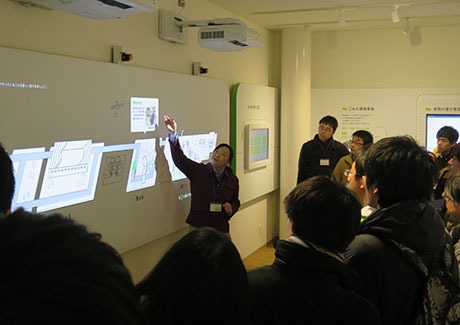 At Reprun Fukushima, a center informing the public of landfills for contaminated waste

The last stop on the tour was Yonomori, an area 7 km southwest of the Fukushima disaster plant. Students were only able to view Yonomori from inside their bus as it is still a difficult-to-return zone and closed to the public. In a reopened area nearby, the group viewed a famous spot known for its beautiful cherry blossom trees, a completed deserted residential area, and a radiation monitoring post.

After this emotional end to the tour, it was time say goodbye to the guide and raconteur, and return to Tokyo. 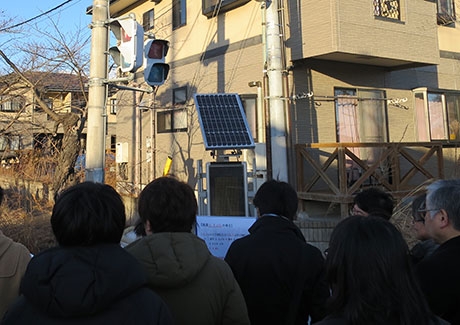 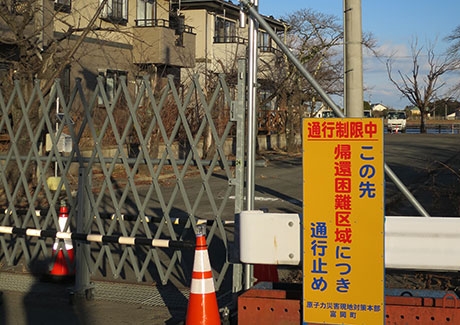 Border between accessible and difficult-to-return zones 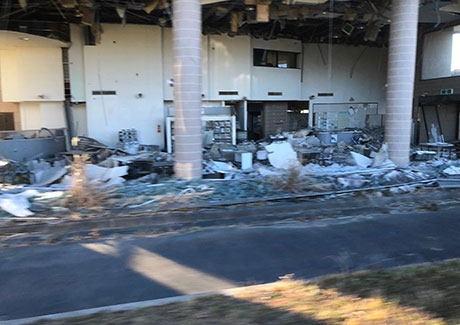 -I was able to learn the real state of the reconstruction efforts in the area, something that I would not be able to do in Tokyo.

-Listening to the raconteur while looking at scenes of the reconstruction process brought tears to my eyes.

-This provided me with an opportunity to think deeply about how I can use my own specialization to help.

The Tokyo Tech Volunteer Group carries out volunteer activities both on and off campus and enjoys the support of the Student Support Center's Student Initiative Support Section.

The group was formed after student volunteers visited affected areas soon after the Great East Japan Earthquake of March 11, 2011 to support the reconstruction process. Likeminded students soon joined the group, and in September of that year, momentum increased further with the Tokyo Tech Photo Rescue Project, an effort to clean water- and mold-damaged photos from the areas hit by the tsunami.

Today, the group plans and implements a variety of volunteer activities. Since August 2018, they have been busy with Kids Cafeteria, a local community project that brings children and parents together for an evening of nutritious food at a venue near Ookayama Campus.