Three pairs from the Titech Sailing Team, an official student club, will be competing at the 28th All Japan Women's Student Sailing Championships, to be held at Kaiyo Yacht Harbor in Gamagori City, Aichi Prefecture from September 20 to 23, 2019.

This will be the first all-Japan final for the 3rd-year pairs. Kawai and Tsuda had their first finals experience last year. 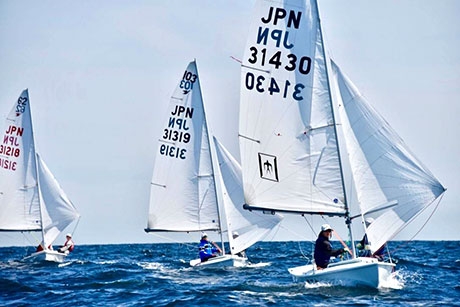 This will be our last chance to prove ourselves at the all-Japan championships. Last year we finished in 15th place, a result that left us both vexed. We have been practicing hard for the past year in the hopes that we finish on the podium this September. We have been able to sail the seas thanks to everyone's support, not least the alumni,3 and we will give it our all at the championships. 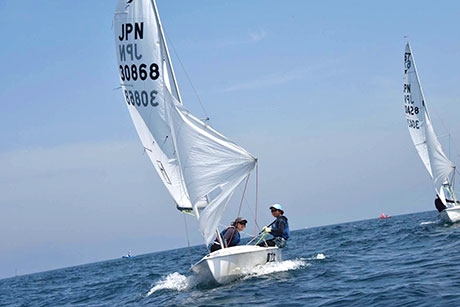 This will be our first time at the all-Japan championships. The waters in Gamagori are unknown to us, but we will be sure to enjoy the race and will do our best to produce a good result.

In academics, we acquire various types of knowledge through independent thinking and trial and error, and in many ways we can also apply this approach to sailing. We will accumulate experience through our daily efforts, and will do our best to reflect that in our results. We look forward to your continued support and encouragement. 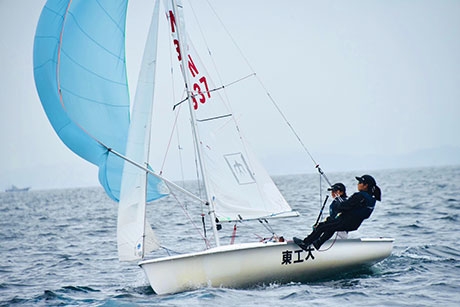 This will be our first all-Japan competition, and we are looking forward to competing in a new environment. At the recent regional race, which was a valuable learning experience, we realized the importance of preparation, much like with academics. There were races during the qualification that did not go well, but we aim to improve our form in the finals. We look forward to your continued support.