On August 31, thirteen residents of Meguro City joined a behind-the-scenes tour of the Institute as the Tokyo Tech Museum and Archives hosted a session blending facility viewings, Tokyo Tech history, and campus development.

After gathering at Centennial Hall, the home of the Tokyo Tech Museum, participants toured the Institute's Library, TSUBAME supercomputer, and Administration Building 1, designed by the late architect Kiyoshi Seike. They were also introduced to the Tokyo Tech Patagonia Expedition of 1968, the details of which are currently being displayed just inside the entrance of the Main Building.

From here, the tour moved underground to the entrance of the book vault, which still brandishes doors and locks from the early Showa Era. When Tokyo Tech became a degree-conferring university, it aimed to educate approximately 150 students per year, and the Main Building could facilitate most educational and research activities. At that time, the library was located across the courtyard from the clock tower, and this space stores the Institute's historical documents collection to this day. 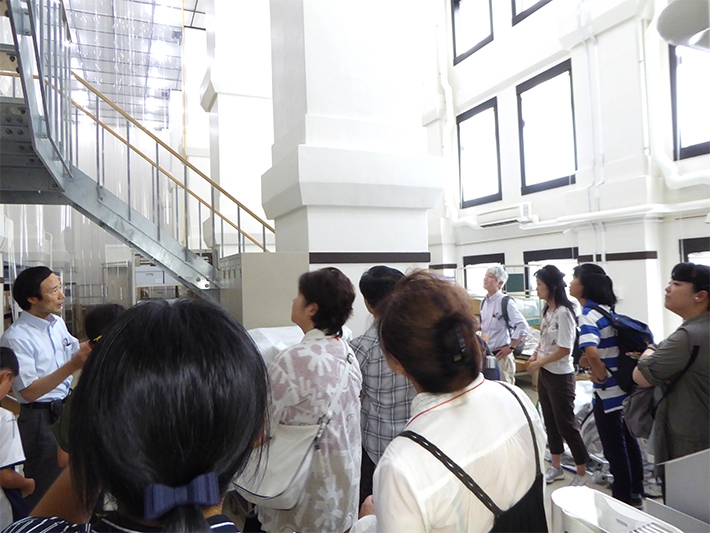 While visiting the collection, participants learned about the scrupulous process preceding the public release of historical documents. This includes initial dusting and sterilization of documents, cataloging and storage in a special container, and UV-ray shielding and humidity and temperature control in the storage environment. Only after this can the materials be digitized. While listening to an outline of this process, participants also examined the quake-resistant design of the vault itself, which was constructed soon after the Great Kanto Earthquake of 1923.

In the second half of the tour, participants moved to a larger room where materials documenting the Institute's history were on display. These included old entrance exam questions, drawings demonstrating the changes Ookayama Campus has gone through, and mechanical engineering lecture notes from 1908. Several attendees were especially interested in discussing how the pond in the Ookayama North Area came to be, and where its water source is.* 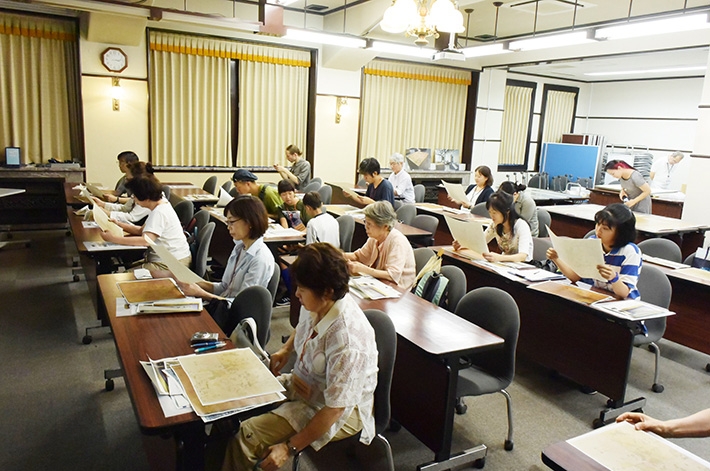 Learning history of Ookayama Campus with help of maps

In 1947, a plan emerged to extend Ookayama Campus to the south and southeast. Showa Medical School and the present-day Tokyo Metropolitan University were invited to establish themselves to the east and west of Tokyo Tech, which would have formed a multi-university community in the Ookayama area. Participants were excited to view the conceptual diagrams for a grand plan that, unfortunately, never materialized.

While providing a deeper understanding of the development and history of Ookayama Campus and its surroundings, this event offered residents of Meguro City a rare glimpse into the important work carried out by the Tokyo Tech Museum and Archives.

*The Ookayama North Area pond was likely constructed during campus development efforts in 1932 and 1933. It was known that the Shimizu Kubo Spring, just north of Ookayama station, was the water source for Senzoku Pond, located southeast of the campus. The same spring flowed to the west side of the Ookayama ridge. As the campus land was being prepared, a waterway was dug under the North Area and Sports Ground, and part of it was preserved as the North Area pond. The neck of the gourd-shaped reservoir initially had a bridge running across it.