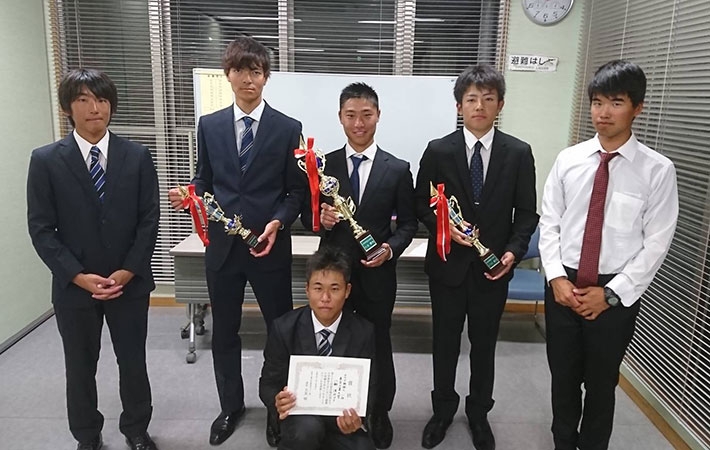 This year, the competition was open to all teams wanting to join, with Tokyo Tech acting as the main organizer. A total of 17 universities team competed in the 4701 class, while 13 universities joined the Snipe2 class. In addition to taking the overall team win, Tokyo Tech also won the individual 470 race and finished second in the Snipe race.

While being an outstanding achievement in itself, this result also acted as a great practice run for the Kanto Intercollegiate Student Sailing Competition, where Tokyo Tech will meet the best sailors from across the Kanto region.

I think this overall result, combined with the great individual performances, demonstrates the comprehensive strength of our team. The Tokyo Regional Sailing Championships for National and Public Universities is never an easy race, and the practice we have put in since last spring has paid off. The intercollegiate contest is coming up soon, so we don't want to rest on our laurels now, but instead aim to practice hard to achieve even better results.

Balancing a life of sailing, lectures, and research means that our time is very limited. I would like to express our thanks to certain faculty members who understand this, treat us fairly, allow us to remain active members of the sailing club, and therefore help us to proudly develop into stronger individuals. This motivates us to study harder and to demonstrate our personal growth through our research efforts.