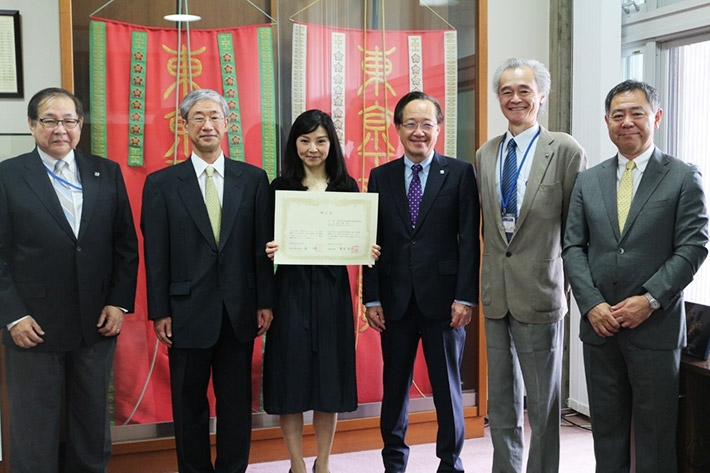 AGL's Global Leadership Education Program, established in 2011 and backed by the Japanese government as a Program for Leading Graduate Schools, comprehensively trains students into highly skilled international leaders alongside their chosen master's and doctoral programs. Numerous Hitotsubashi students have studied courses offered by the demanding program, but Watanabe is the first such student to complete all prescribed AGL credits in addition to her doctoral degree requirements. 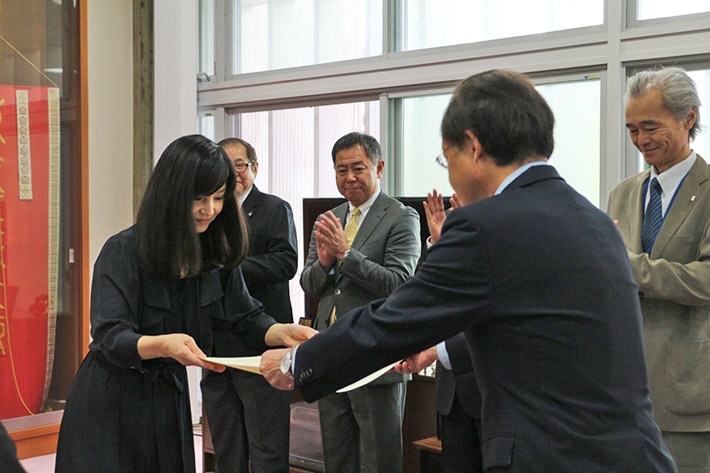 After accumulating work experience, Watanabe enrolled in the doctoral program at Hitotsubashi University Graduate School of International Corporate Strategy (ICS). However, she also wanted to explore the trinity of business, science and technology, and government while taking full advantage of the broad perspectives shared at AGL by Tokyo Tech faculty and students. Hence, she joined the academy in the fall of 2013 as a member of the third cohort.

In addition to equipping her with knowledge regarding various leadership philosophies, the AGL journey took Watanabe around the world, including to Stanford and Harvard Universities for training programs. In the future, she aims to incorporate ideas from technology and design to prevent, manage, and resolve conflicts, and to exercise her leadership abilities in the field of online dispute resolution. 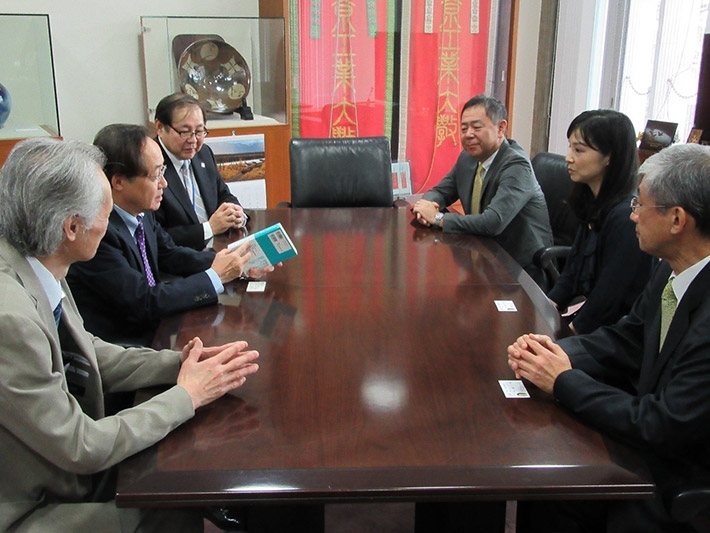 Watanabe in discussion with Tokyo Tech president and other ceremony participants