Second-year Life Science and Technology student Yuki Yakuwa and fourth-year Mechanical Engineering student Hiroyuki Watanabe, both members of the Tokyo Tech sailing team, will be competing in the 48th 470-class All Japan Championships from November 20 to 24. The competition brings together the best sailors in the country, both from educational institutions and companies. This is the first time since 2005 that Tokyo Tech students will be participating.

Skipper Yakuwa and crew member Watanabe have had a year to remember. The pair put in excellent performances at the Kanto regional competition in May and at the all-Japan qualifiers in late June. These successes earned them enough points to be selected as one of the 28 Kanto region pairs to join the nationwide competition. Through strong teamwork and a careful balance of studies and sports, Yakuwa and Watanabe have done well to reach this level of competitive sailing.

The Japan Championships will include five races in the preliminary rounds, up to six races in the final rounds, and the medal races to determine the overall winners.

This success is the result of our regular practice sessions. In a sense, dedicating every weekend to sailing has been tough, and during my first year, I struggled with the idea of not having Saturdays and Sundays off. However, I now realize that this schedule is precisely what allowed me to focus fully on my studies on weekdays, and to let off some steam on weekends.

Honestly, I never thought we would qualify for the Japan championships, and I feel both excited and nervous. I am not sure how far our abilities will take us, but I will do my best to make this last race with Hiroyuki an unforgettable one, not least for all the people who tirelessly support us.

This is the first time in 14 years that a Tokyo Tech pair makes it to the Japan championships, and my feelings of enjoyment and expectation are helping me overcome my nerves. As a fourth-year student, I was very busy with research until July, and it was difficult to find time to sail. The Independent research project was particularly demanding. It cut into my sailing time, but still I was able to make it to practice sessions now and then, and I am proud of our achievements at the qualifiers in June. Thankfully, I had time to concentrate fully on my sailing over the summer break. I will strive to achieve a good result at our last race, and look forward to everyone's support. 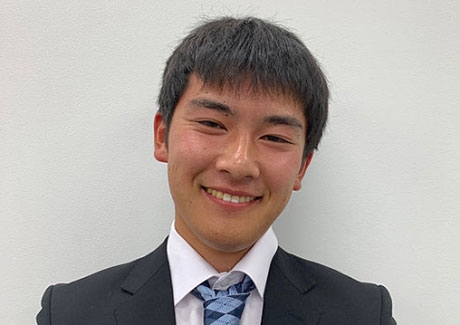 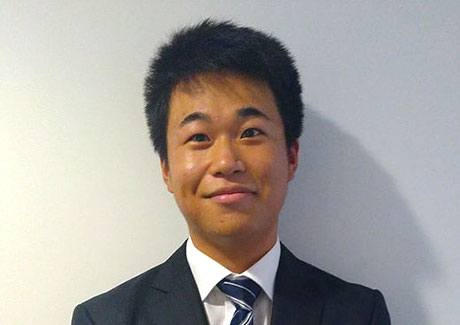 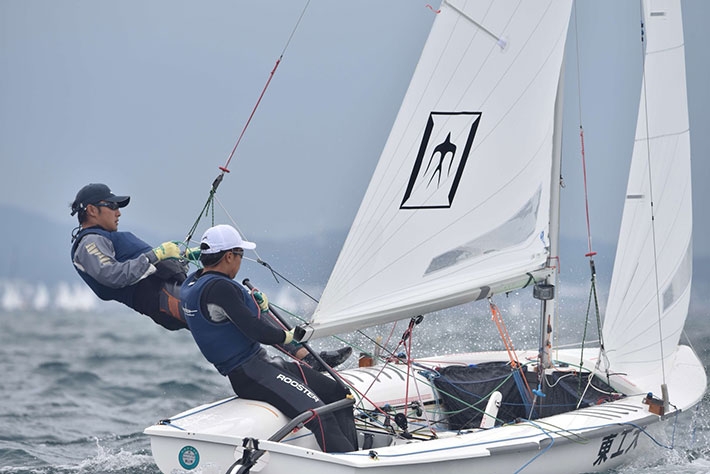 The 470 (four-seventy), so named due to its 4.7-meter length, is a sailboat designed to plane easily. Sailing the boat efficiently requires strong teamwork from its two members. Designed in 1963 by Frenchman André Cornu, the 470 has been an Olympic sailing class since 1976, and is said to suit pairs with a total body weight of approximately 130 kg. 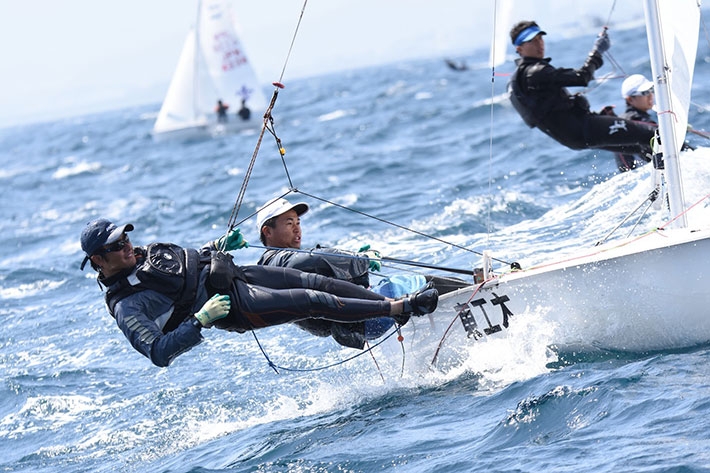