This year, the competition consisted of three divisions: the Freestyle Division, the AI Challenge Division, and the Junior Division.

As its name suggests, this division focuses on original ideas and technologies utilized in underwater robots. Teams create their own robots from scratch and are awarded points based on presentation, weight, and competitiveness. This year, ten teams participated.

Team gen, made up of members of the Aqua Lab from the Society for the Study of Robotics, an official Tokyo Tech student club, finished third in this division with their robot gen4.

In this division, teams develop algorithms and compete based on processing ability. These algorithms are applied to autonomously controlled robots that attempt to burst underwater balloons spread around the course. Team can use either original robots or ones provided in advance by the organizers. Points are awarded for course performance and presentation. This year, seven teams participated, including one from the Aqua Lab with their robot Mark3.

This division is for middle school students, high school students, and technical school students only. Teams are provided with a robot kit that they must assemble and remodel as they see fit. Robots then compete by collecting cans submerged in water within a time limit. This year, 12 teams participated

Our robot was originally developed as an autonomous underwater vehicle that can withstand long distances and long use periods stably. We tried to keep the body slim to reduce resistance in water. When a robot arrives at its destination, its operators need to be able to insert a variety of components. Therefore, we created a mechanism that allows the automatic opening and closing of the top cover. We also created an automatic draining mechanism.

Waterproofing is obviously an important technology in underwater robots, as elements such as the battery, motor, and electric circuits must be protected. Shielding the component that transmits power from the motor to the propellers is particularly challenging, as the rotating shaft straddles both parts that require waterproofing, and parts that do not. To solve this, we applied magnetic coupling to avoid physical mechanical connection.

Our robot was fully tweaked on the day of the contest, and our pilots operated the mechanisms with outstanding timing. The shapes of the fuselage and screw were designed based on knowledge we had gained at Tokyo Tech. Overall, it was an excellent experience, as we were able to apply what we had learned during our lectures. I am very pleased that our robot was so highly evaluated. 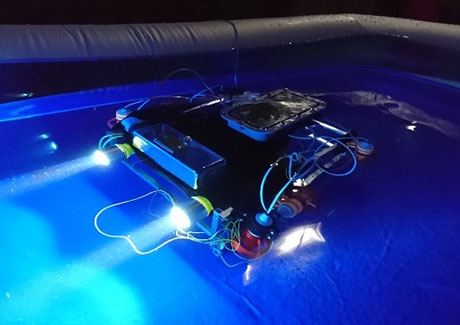 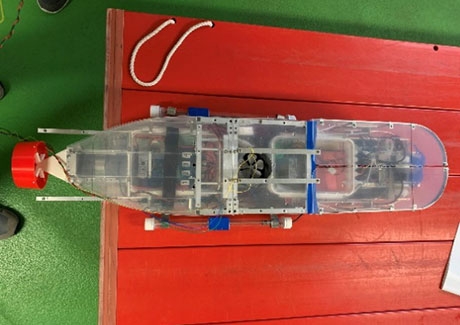 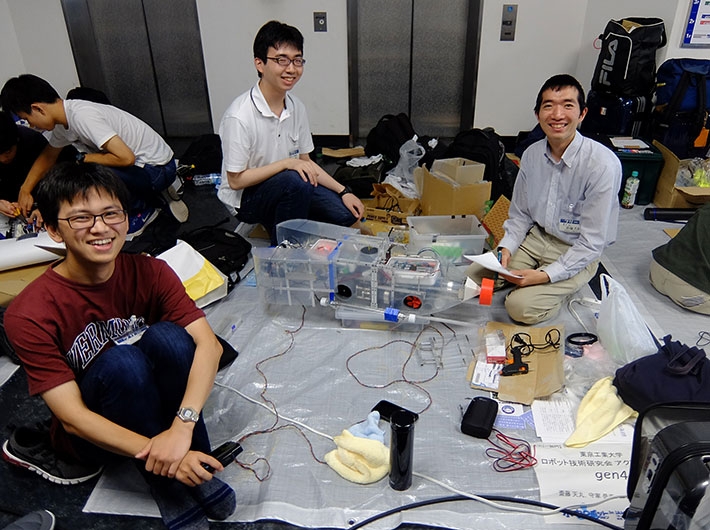 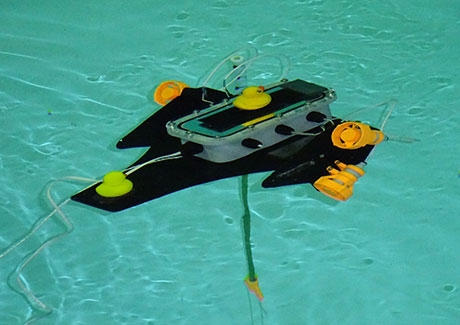 Our team members are all students of Class C in Year 1. We were able to assemble the robot just fine, but could not get it to move for days on end. Two days before the actual competition, we final achieved movement. On the day of the contest, everyone contributed to our team strategy and the adjustments required on the robot, and we advanced to the finals. There, only one of our motors worked, and we were forced to settle for second place.

During the design process, we learned that we could solve difficult problems using teamwork and the programming skills we had learned at school. Next year, we hope to win the competition by applying new ideas that reduce failures and achieve better control our robot. 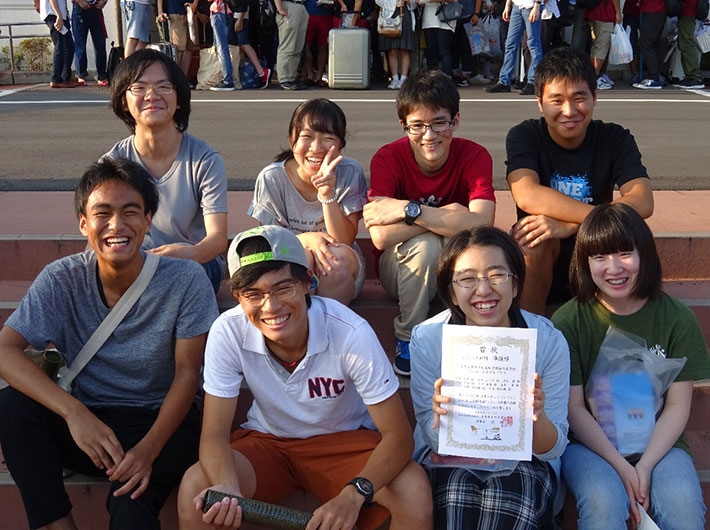 Tokyo Tech's Society for the Study of Robotics, an official student club, focuses on the research and development of robotics, including circuit and software technology. Currently, the club has 184 members, who all have access to a milling machine, lathe, oscilloscope, and other equipment. While many focus on robot creation, club members are free to create whatever they want. The environment is such that even students with no prior knowledge can learn design-related mathematical aspects and circuit-related practical methods from scratch.