The 2019 All-Japan Collegiate Cycle-ball Tournament was held on November 16 and 17 on Ookayama Campus, and Tokyo Tech emerged victorious for the first time in 14 years. Kakeru Masuda, a 4th-year Systems and Control Engineering student, and Keita Ishihashi, a 3rd-year Architecture and Building Engineering student, won the title after a nail-biting final. 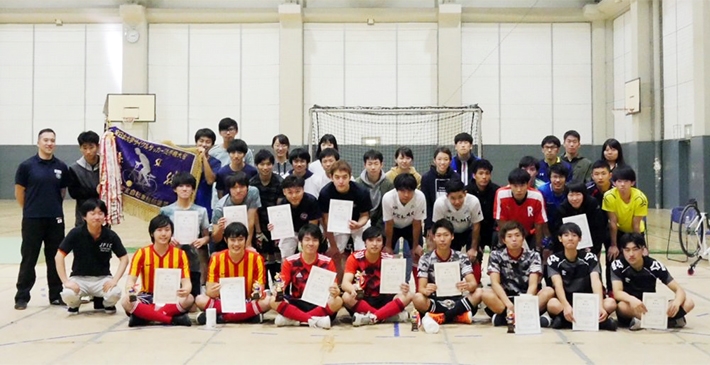 The All-Japan Collegiate Cycle-ball Tournament, sponsored by the Japan Federation of Indoor Cycling, brings together the best student cycle-ballers from around Japan. This year, 20 teams participated.

On their way to victory, Masuda and Ishihashi met another Tokyo Tech team ― 4th-year Architecture and Building Engineering students Satoru Ikeda and Takashi Banba ― in the semifinals. After defeating their classmates, Masuda and Ishihashi faced last year's winner, Osaka University of Economics, in the finals. The match went to sudden death penalty kicks, with Ishihashi producing the final save to bring home the victory. 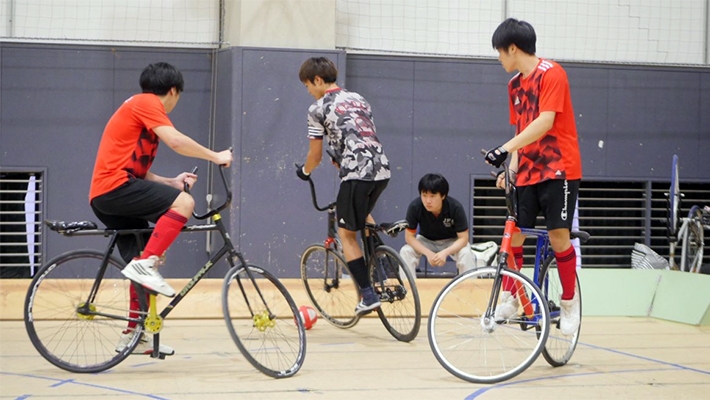 Firstly, I would like to thank the Japan Federation of Indoor Cycling for organizing the event and the referees for dedicating their time to each match. This was my last all-Japan event, and I am delighted to have reached my goal of finishing first. I think last year's disappointing result reminded me to stay focused when the games were tough, and our home court advantage and the support of all our teammates were a huge help. Everyone believed we could win until the very last penalty kick. My bachelor-level studies are coming to an end soon, and I hope to make use of this experience as I move to the next phase of my life. 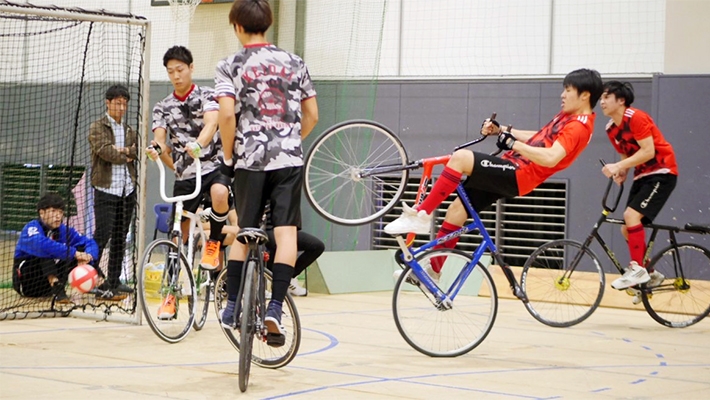 I am very pleased to have won this tournament. I would like to thank the members of the club for helping us improve through our friendly rivalries and the alumni from whom we learned most of what we know. Cycle-ball is a fast-paced sport which requires great levels of concentration. Each match is only 14 minutes long, and if you lose focus, you quickly find yourself trailing your opponent. I hope that I can utilize my improved concentration levels in my studies, and in becoming an active member of society. 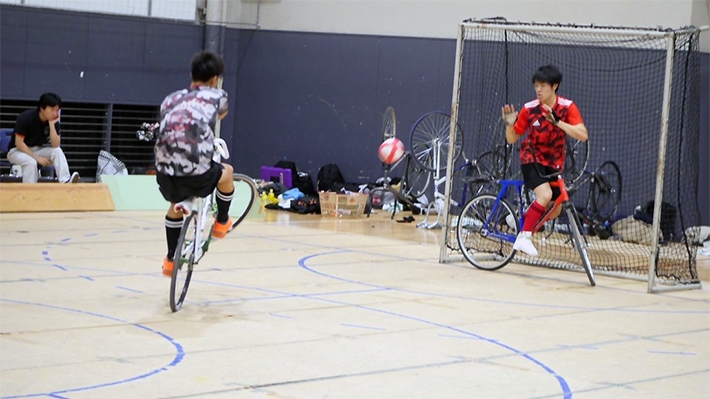 At the All-Japan Collegiate Tournament, teams play two halves of seven minutes each. If the match is tied after regulation time, one additional overtime period of seven minutes is played. If a winner still does not emerge, the winner is determined through a penalty shootout, with each player shooting twice. If the tie is still not broken, penalty kicks go to sudden death.