Associate Professor Pham Nam Hai of the Department of Electrical and Electronic Engineering, School of Engineering, has been awarded a "Gottfried Wagener Prize 2019" of the 11th German Innovation Award. This award is a formal recognition by nine German companies whose activities span the globe and have bases for research and development in Japan. Its goal is to support researchers in Japan, to promote science and technology, and to build up the network for industry-academia collaboration between Germany and Japan. Eligible research projects are those that are innovative and geared toward application in the three categories: Materials and Energy, Digitalization and Mobility, and Life Sciences. 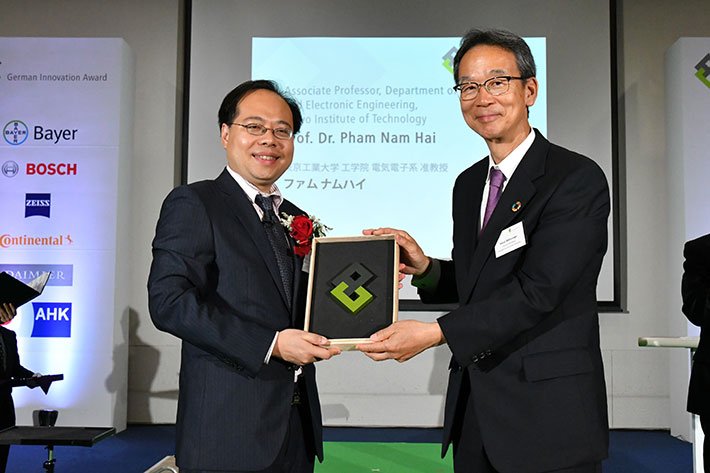 The issue with heavy metals such as platinum and tungsten, which have been used as pure spin current sources, is that the spin Hall angle is small. Pham poured his attention into the BiSb topological insulator, and he established the thin-film growth technology and evaluated the performance as a pure spin injection source. As a result, he discovered the BiSb(012) surface that achieved a colossal spin Hall angle, even at room temperature. He further demonstrated magnetization switching of a perpendicularly magnetized film using an electric current density that is one to two orders of magnitude less than for existing options.

If BiSb is incorporated into spin-orbit torque MRAM, the electric current and energy required to write data would be reduced by one and two orders of magnitude, respectively. The recording speed will increase by 20 times, and the recording density, by one order of magnitude. This means it can replace existing volatile semiconductor memories such as SRAM and DRAM. This achievement will reduce the power consumption required by electronic equipment even more and has the potential to bring into existence a new spintronics industry worth trillions of yen. It is expected to have a great effect on the economy. Further, Pham is working enthusiastically with the industry on developing technologies for mass production of ultra-low-power spin-orbit torque MRAM using BiSb, which is expected to be realized in near future. 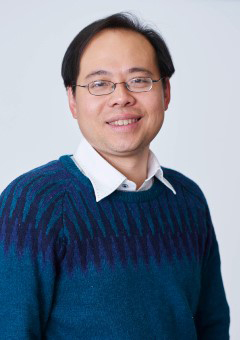 I feel very honored to be selected for this prestigious German Innovation Award. The award selection committee kindly recognized my research on using a topological insulator to develop a pure spin injection source that can be put to practical use, that we are developing mass production technologies, and that we have been actively collaborating with the industry. I would like to take this opportunity to express my great gratitude for all the students who have toiled on the research together with me, all the companies with whom we do collaborative or commissioned research, and the Japan Science and Technology agency, who supports an on-going large-scale research project. We will continue committing ourselves to research and development so that this technology can be brought to practical devices and help reduce the power consumption of electronic equipment even more.