Scientists at Tokyo Institute of Technology shed light on the relationship between the magnetic properties of topological insulators and their electronic band structure. Their experimental results shed new insights into recent debates regarding the evolution of the band structure with temperature in these materials, which exhibit unusual quantum phenomena and are envisioned to be crucial in next-generation electronics, spintronics, and quantum computers.

Topological insulators have the peculiar property of being electrically conductive on the surface but insulating on their interior. This seemingly simple, unique characteristic allows these materials to host of a plethora of exotic quantum phenomena that would be useful for quantum computers, spintronics, and advanced optoelectronic systems.

To unlock some of the unusual quantum properties, however, it is necessary to induce magnetism in topological insulators. In other words, some sort of 'order' in how electrons in the material align with respect to each other needs to be achieved. In 2017, a novel method to achieve this feat was proposed. Termed "magnetic extension," the technique involves inserting a monolayer of a magnetic material into the topmost layer of the topological insulator, which circumvents the problems caused by other available methods like doping with magnetic impurities.

Unfortunately, the use of magnetic extension led to complex questions and conflicting answers regarding the electronic band structure of the resulting materials, which dictates the possible energy levels of electrons and ultimately determines the material’s conducting properties. Topological insulators are known to exhibit what is known as a "Dirac cone (DC)" in their electronic band structure that resembles two cones facing each other. In theory, the DC is ungapped for ordinary topological insulators, but becomes gapped by inducing magnetism. However, the scientific community has not agreed on the correlation between the gap between the two cone tips and the magnetic characteristics of the material experimentally.

In a recent effort to settle this matter, scientists from multiple universities and research institutes carried out a collaborative study led by Assoc Prof Toru Hirahara from Tokyo Institute of Technology, Japan. They fabricated magnetic topological structures by depositing Mn and Te on Bi2Te3, a well-studied topological insulator. The scientists theorized that extra Mn layers would interact more strongly with Bi2Te3 and that emerging magnetic properties could be ascribed to changes in the DC gap, as Hirahara explains: "We hoped that strong interlayer magnetic interactions would lead to a situation where the correspondence between the magnetic properties and the DC gap were clear-cut compared with previous studies."

By examining the electronic band structures and photoemission characteristics of the samples (see Figure 1), they demonstrated how the DC gap progressively closes as temperature increases. Additionally, they analyzed the atomic structure of their samples and found two possible configurations, MnBi2Te4/Bi2Te3 and Mn4Bi2Te7/Bi2Te3 (see Figure 2), the latter of which is responsible for the DC gap. 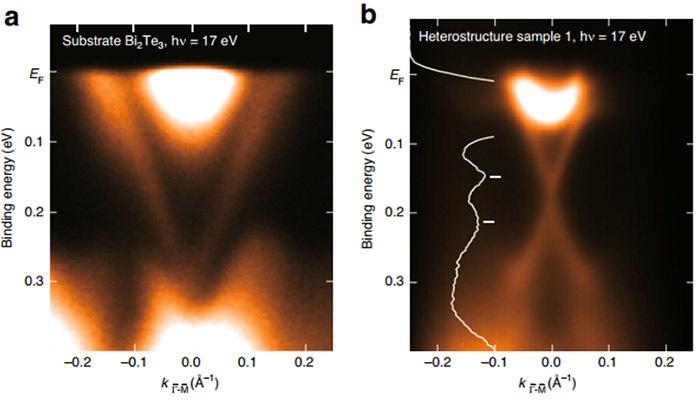 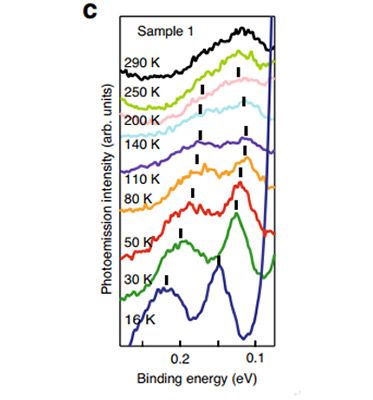 (a) and (b) show the electronic band structures of Bi2Te3 and a magnetic topological insulator sample; the Dirac cone structure is much more prominent in the latter. (c) The two highlighted photoemission peaks and their progressive fusion were ascribed to the closing of the DC gap as temperature increases. 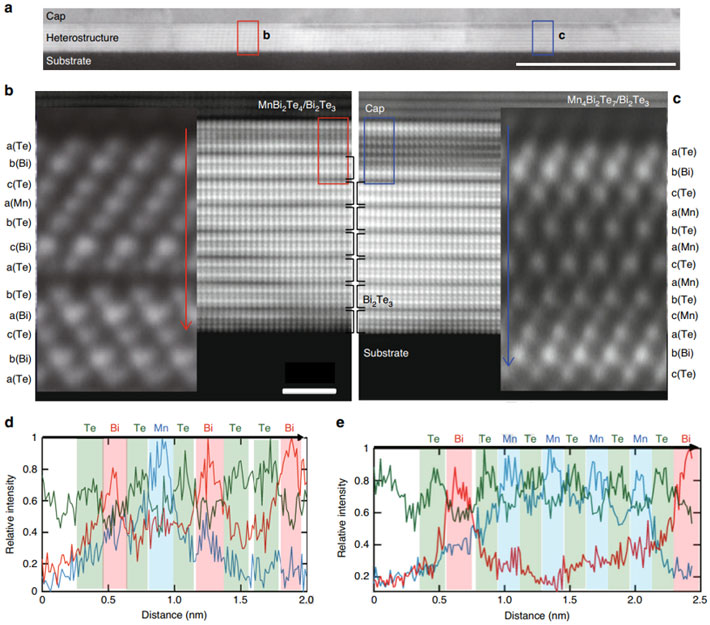 Figure 2. Atomic structure of the samples

Scanning transmission electron microscopy images were used along with energy-dispersive spectroscopy to determine the atomic composition of the two possible structures of the samples.

However, a peculiarly puzzling finding was that the temperature at which the DC gap closes is well over the critical temperature (TC), above which materials lose their permanent magnetic ordering. This is in stark contrast with previous studies that indicated that the DC gap can still be open at a temperature higher than the TC of the material without closing. On this note, Hirahara remarks: "Our results show, for the first time, that the loss of long-range magnetic order above the TC and the DC gap closing are not correlated."

Though further efforts will be needed to clarify the relationship between the nature of the DC gap and magnetic properties, this study is a step in the right direction. Hopefully, a deeper understanding of these quantum phenomena will help us reap the power of topological insulators for next-generation electronics and quantum computing.