Conventionally, the annual Supercomputing Contest (SuperCon) consists of a preliminary round in June followed by the finals in August. This year, however, the finals had to be canceled due to concerns regarding the spread of COVID-19. To make up for this, finalists were invited to an online event where they were given access to Fugaku, the world's fastest supercomputer

During the Fugaku Supercomputing Challenge, the aim was to solve problems from the first round of SuperCon 2020 using OpenMP, a parallel programming API, while utilizing the capabilities of Fugaku. Working remotely, sixteen teams were given access to the supercomputer for one full week from 1 p.m. to 8 p.m. each day. This allowed students to participate while keeping up with their studies during the academic term. Unlike during the SuperCon, the objective was not to compete, but rather to gain valuable experience using Fugaku.

To acknowledge the students' efforts, a ceremony was held on September 22 with Tokyo Tech, Osaka University, and RIKEN participants, as well as supporters from the Ministry of Education, Culture, Sports, Science and Technology (MEXT), co-sponsoring organizations, and collaborating companies.

Students were greeted with messages from R-CCS Director Satoshi Matsuoka, who is also professor at Tokyo Tech's School of Computing, and Osaka University President Shojiro Nishio. These were followed by student presentations on programming experiences with Fugaku. Many participants noted the value of the experience and acknowledged the challenge of creating code for the supercomputer. 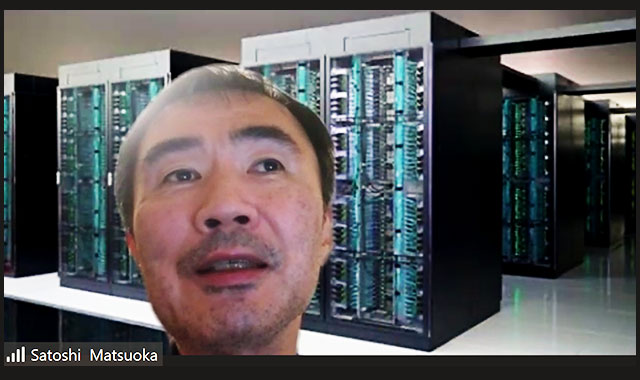 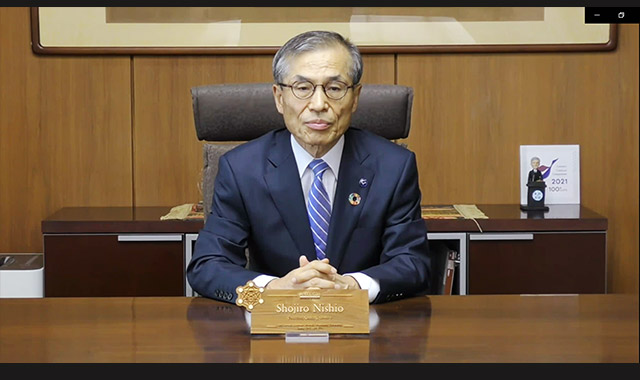 In the latter half of the online gathering, Assistant Professor Yoshiki Nakamura from Tokyo Tech's School of Computing explained the coding problems in more detail, while Keigo Nitadori from R-CCS offered his evaluation of students' use of Fugaku. Tsuyoshi Sugino, director-general at the Research Promotion Bureau of MEXT, also sent in a video message and granted all the participating students a special award from the government. The session closed with warm words of encouragement from Tokyo Tech President Kazuya Masu, who shared some of his computing experiences when he was a university student. 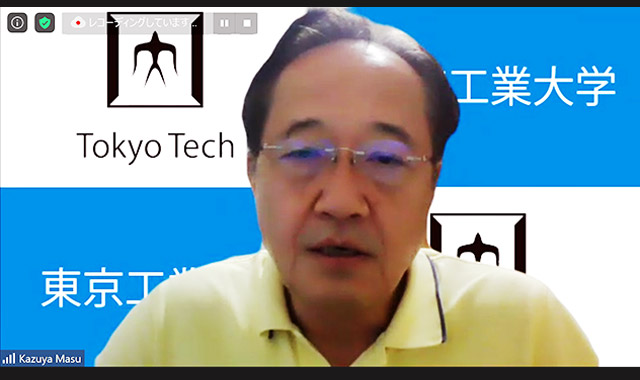 President Masu sharing his computing experiences as a student