Members of the Aqua Lab from the Society for the Study of Robotics — an official Tokyo Tech student club — have received the Special Judges' Award at the 6th Underwater Robotics Competition in Okinawa, held from November 6 to 8. Due to COVID-19, this year's contest was held both online and on-site at Ginowan City, Okinawa Prefecture.

This year, Team Tokyo Tech competed in the Freestyle Division against eight robots from four other universities, colleges, and technical schools across the country. As its names suggests, this division allows participates to freely create and present robots that can be utilized in water. Traditionally, robots actually compete in the seas off Okinawa, but this year's online Freestyle Division allowed participants to join from the safety of their homes.

Tokyo Tech's robot, Iwatobi, was created based on the concept of a robot that can replace batteries underwater. Battery capacity is a significant constraint on robots that perform tasks such as underwater exploration, and therefore, a base that allows battery replacement near the exploration site is desirable. Electrical connections, however, are out of the question in such a wet environment.

With this in mind, the Tokyo Tech group created a machine with two independent parts — a power module containing a motor that generates power (Fig. 1) and a control module that controls the robot. Power is transmitted from the power module to the control module using magnets (Fig. 2), eliminating the need for electrical connections. The power module can be replaced safely underwater (Fig. 3), enabling longer stints of marine exploration.

The team's robot creation process was hampered significantly by the spread of COVID-19, which imposed sudden restrictions on the use of essential facilities and machine tools. The students quickly adapted their design, ensuring that their robot would only need parts and circuits that could be processed in their homes. They also used courier services to send information and components to one another as the project progressed.

The Aqua Lab members were rewarded with the Judges' Special Award, but the Iwatobi is far from complete. It has not been tested underwater, and there are still various functions that need to be incorporated. Despite the continued restrictions affecting the environment, the team continues to seek ways in which they can complete their creation. 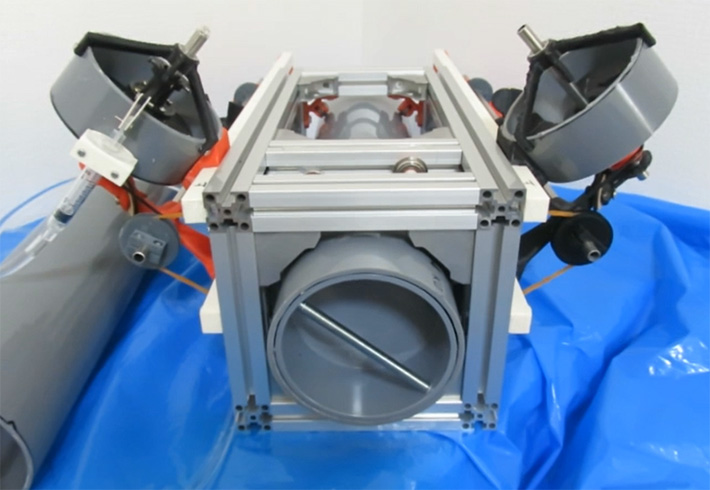 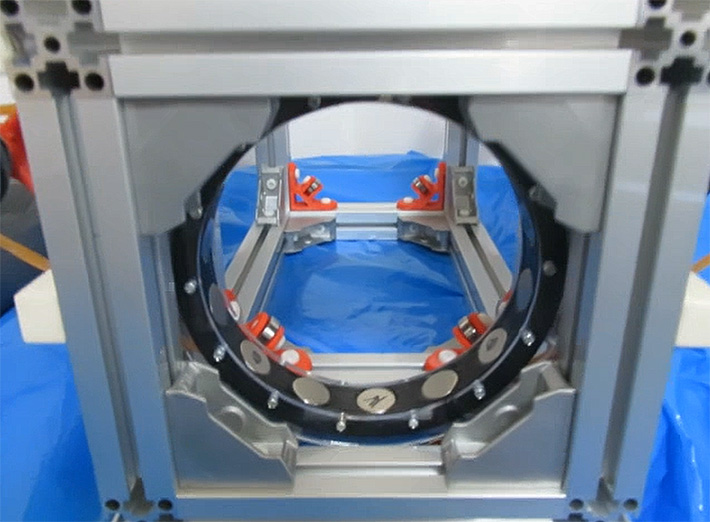 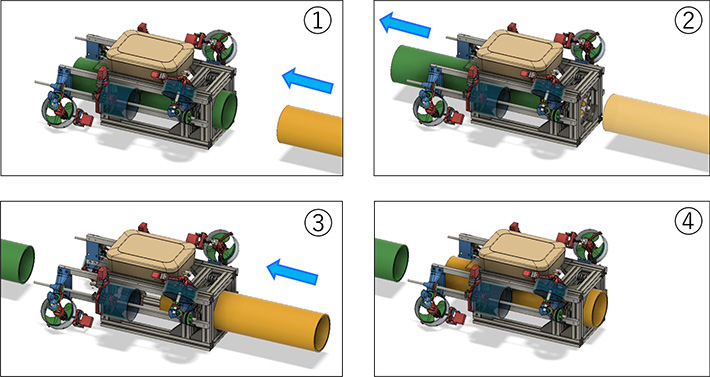