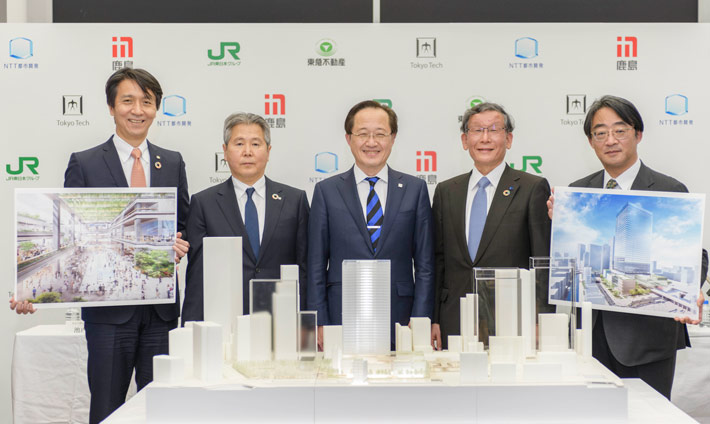 Redevelopment of Tamachi Campus in the heart of Tokyo

Tokyo Tech's Tamachi Campus is in the Shibaura 3-Chome area of Minato City — truly in the heart of Tokyo. Located directly in front of the east exit of Tamachi Station on the JR Yamanote Line, the campus currently houses the Tokyo Tech High School of Science and Technology and the Campus Innovation Center, which is home base for the professional master's degree program in Technology and Innovation Management, the Department of Innovation Science, and the Tokyo Tech Professional Academy.

The Tamachi Campus Redevelopment Project will require the relocation of Tokyo Tech High School of Science and Technology to Ookayama Campus. The land made available will then be leased to business operators developing the land and managing operations during the lease period. The planned lease period, commencing in 2026, will be 75 years. Recruitment of prospective business partners began in November 2019, after which a screening committee consisting of members within and outside the Institute carefully examined the applicants' proposals prior to selection of the partners.

The renewal of Tamachi Campus is part of a much larger-scale urban development of the broader area around Shinagawa and Tamachi Stations. With further internationalization of Haneda Airport, construction of the tentatively named Haneda Airport Access Line, the opening of Takanawa Gateway Station, and the greatly anticipated arrival of the maglev Chuo Shinkansen, the surroundings of Tamachi Campus are also evolving rapidly.

A hub for enhanced business and international collaborations

Tokyo Tech aims to position Tamachi Campus as a hub for large-scale industry-academia-government collaborations and international activities. This plan includes not only continuous enhancement of the Institute's education and research, but also improved lifelong education and increased collaborations with other universities. An incubation facility exceeding 10,000 m2, jointly operated with a business partner, will encourage open innovation and boost impact created together with the public.

The Tamachi Campus Redevelopment Project is also an outstanding opportunity to strengthen the Institute's financial base and achieve self-sustainability, one of the main outcomes in Tokyo Tech's designated national university (DNU) proposal. The Institute was selected as a DNU in 2018, and is now leading national university reforms in Japan.

The completion of the redevelopment project and start of operations is planned for 2030-2032, a time frame which coincides with the 150th anniversary of Tokyo Tech. The next decade is seen as a 10-year effort to secure the future of the Institute for the next century through the promotion of an innovation ecosystem on the Ookayama, Suzukakedai, and Tamachi Campuses.

Tokyo Tech's partners — NTT Urban Development Corporation, Kajima Corporation, East Japan Railway Company, and Tokyu Land Corporation — expect to construct two large complexes on the leased land in the next decade. Complex A, a 178-m building with 36 floors above ground and two underground, will have a floor area of 247,700 m2. Complex B, a smaller building nearby, will contain 2,500 m2 of space on seven floors. In addition to offices, a hotel, commercial facilities, a nursery school, and joint industry-academia-government facilities, these buildings will also be used as university facilities for education and research. 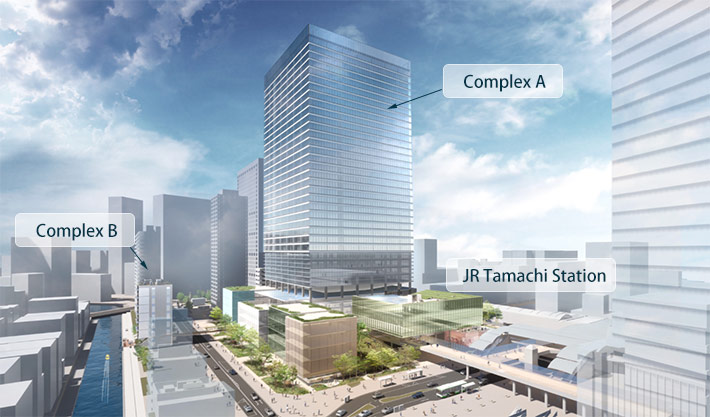 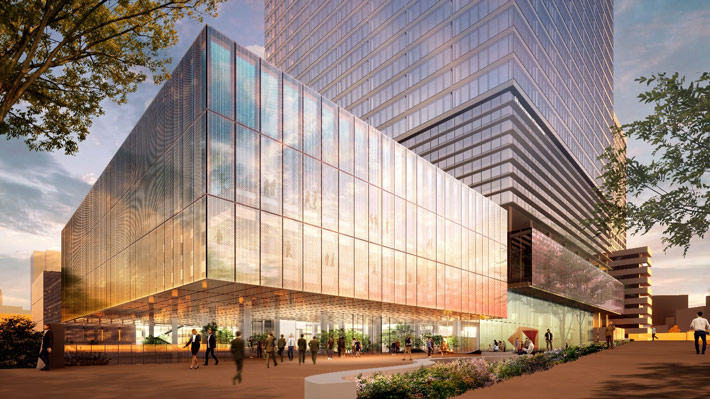 Envisioned main entrance to Complex A 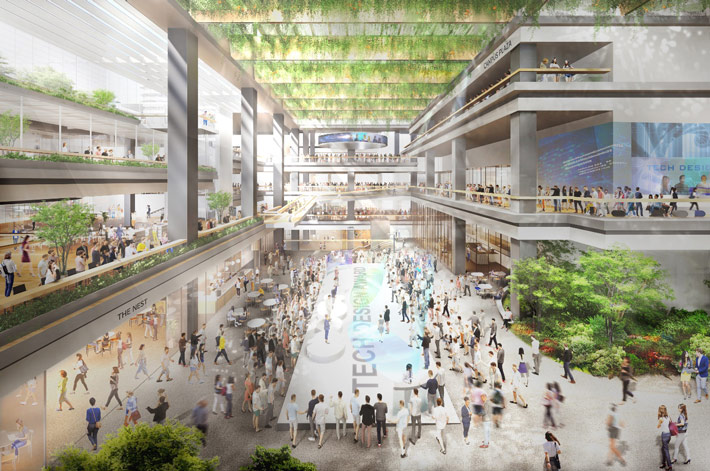 Planned Ecotone Street in Complex A 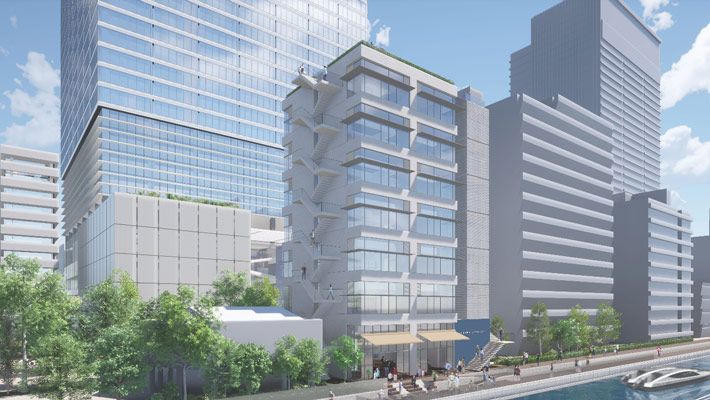 Complex B viewed from waterfront

The relocation of Tokyo Tech High School for Science and Technology will be completed by 2026, after which land lease agreements will be concluded and construction will begin. Use of Complexes A and B is expected to commence in 2030, while the grand opening of commercial and other facilities is planned for 2032.