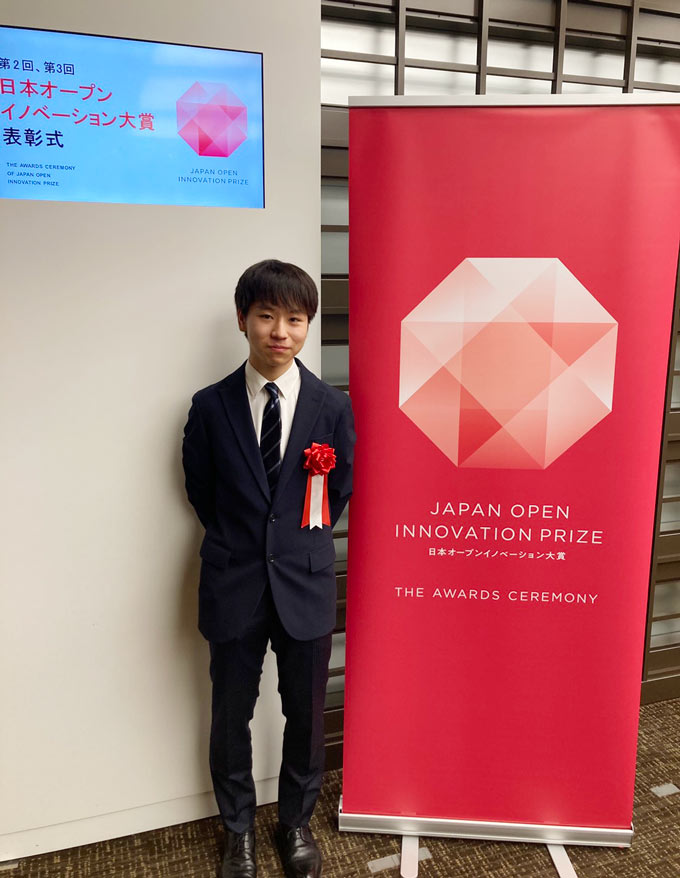 According to Japan's Cabinet Office, which hosts the awards, the Japan Open Innovation Prize recognizes leading and original initiatives expected to be used as future role models to promote open innovation in Japan. Since 2019, various ministries, the Japan Sports Agency, the Japan Business Federation, and the Science Council of Japan have awarded prizes for projects that promote, for example, significant societal impact or sustainability. The Prime Minister's Award is the most coveted prize.

Artificial intelligence is penetrating every industry, and it has become essential to appropriately evaluate AI algorithms. When conducting evaluation using conventional technologies, it was imperative that the algorithm operated on a certain scale. By combining technologies such as machine learning and causal reasoning, Saito and his team developed a technology that can evaluate decision algorithms using only naturally generated data without the need to rely on field verification. Effectiveness was verified on the fashion website ZOZOTOWN, operated by ZOZO Inc.

The new technology improves the performance, or click through rate, of the fashion recommendation algorithm by over 40 percent compared to a conventional algorithm. The number of man-hours required to continuously improve the algorithm has also been reduced by 30 percent. The utilized data and software development infrastructure is open to the public.

This project received the Prime Minister's Award because it demonstrated global industry-academia collaboration activities by young, emerging talents, displayed social implementation of outstanding technology which is expected to be used in various industries in the future, and contributes significantly to the promotion of open innovation by disclosing software infrastructure and data.

The Cabinet Office also highlighted other factors on the Japan Open Innovation Prize website. "An ambitious effort by young researchers, this project responded to the societal needs for publicization and democratization of artificial intelligence technology. While AI research data and technology has been monopolized by a handful of large companies in the United States and China in recent years, this project makes data and software development infrastructure available to practitioners and researchers around the world."

I am both pleased and honored that the research conducted by my team members and I for over a year led to us winning this award. The fundamental knowledge I gained through my Tokyo Tech lectures and research activities, and the connections I made through volunteer group activities, played a major role. I am blessed to receive such comprehensive, positive feedback on my activities and research just as I am about to graduate with a bachelor's degree. I can now confidently move on to the next stage.

The technologies, data, and software we developed and released are intended for general purposes and can be applied to various fields. In this project, we applied it to the safe use of an algorithm that recommends fashion items on a mail order site. In the future, I would like to work on the application of technology in the public domain, such as in medical care or education. My team and I will actively announce our findings at international academic conferences to get international feedback and recognition, and we aim to continue with basic research on related technologies. 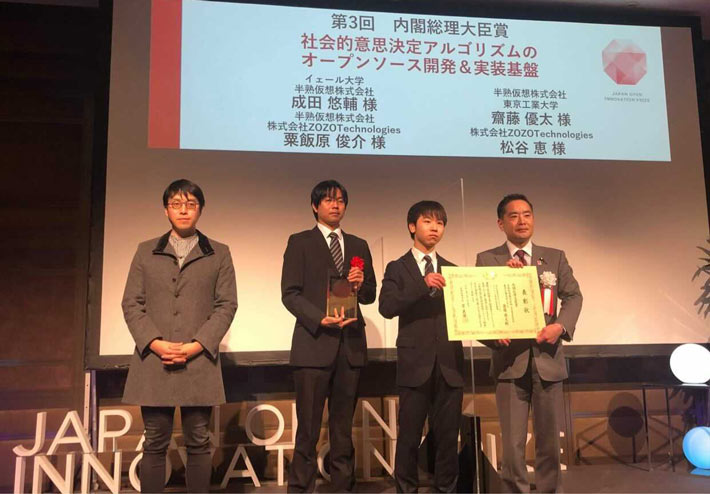