The School of Engineering recently launched the E×S Challenge to encourage Tokyo Tech students, postdocs, and assistant professors to utilize their engineering (E) skills and pitch feasible business ideas that aim to achieve a more sustainable society (S). The contest, which focuses on the achievement of the world's Sustainable Development Goals, rewards the most innovative participants with prize money and development funds to help them realize their solutions.

Currently headed by School of Engineering Associate Dean Kotaro Inoue, the E×S Challenge held its initial info session online in early June 2021, and then hosted a kickoff seminar a month later. During the latter, teams received guidance on sustainability and entrepreneurship from leading domestic and overseas entrepreneurs, investors, consultants, and lawyers.

E×S Challenge teams are led by members of the School of Engineering, but groups can also include teammates from other Tokyo Tech Schools and other universities, research institutes, and corporations.

The E×S Challenge consists of three stages: PITCH, STORM, and LAUNCH. Twenty groups, consisting of roughly 100 members, offered their initial business ideas during the inaugural PITCH contest on September 4. Each group had three minutes to share their ideas during the online event.

Four groups were selected as recipients of the PITCH Founders Award and PITCH Micron Award. The leaders of these teams share their thoughts below.

Hi there, I am Eisuke Imaizumi. My graduate major is Nuclear Engineering at the Department of Mechanical Engineering, and I am the leader of Team Kondo Lab. Despite the beauty and mysteries that the universe offers us, space debris generated by humans continues to increase. Our team aims to address the problem of space debris and ensure that the beauty of space is maintained for future generations.

My name is Ryosuke Ozaki, and I am the leader of a team consisting of three master's students in Mechanical Engineering. We are working on measures to reduce salt damage in agricultural land, which can hopefully contribute to securing food for the 8 billion humans that inhabit the planet. The goal is to effectively circulate the limited resources available in each region and create a system that slowly but steadily returns the Earth to a greener state. 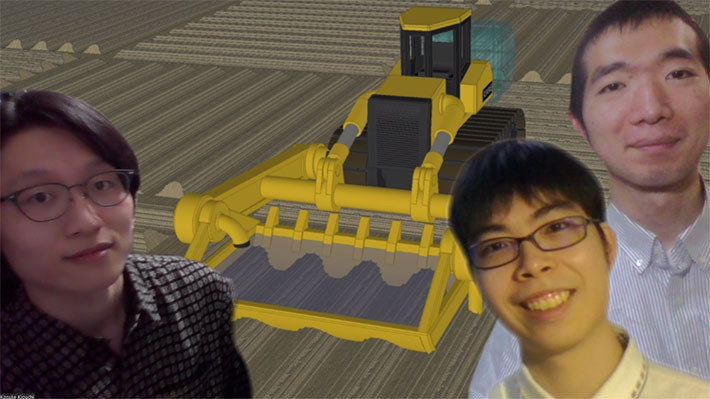 STEM AS ONE project

I am volunteer team leader Kexin Lin, and I study at the lab of Professor Kotaro Inoue at the Department of Industrial Engineering and Economics. In research, there are many opportunities to focus on the participation of women within companies. Our team’s focus is the active participation of women in the STEM field and the creation of new businesses that will transform society! 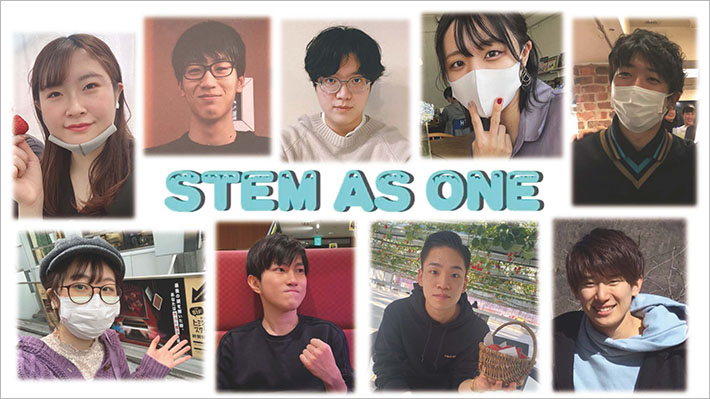 I am Ornida Kraiwuttianant, the leader of a team consisting of five international students from Thailand. Student life is one of the most important times in anyone's life, and nobody should be ignored. The Unsolved team shines a light on some of the problems that are often neglected in school life, and proposes solutions to these problems. 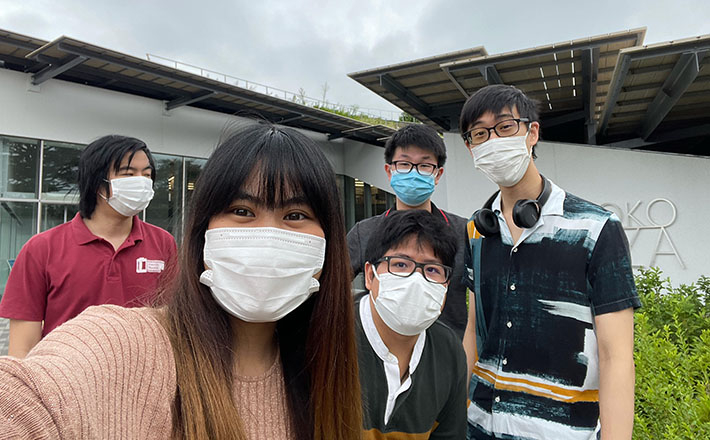 Participants in the inaugural E×S Challenge PITCH contest were evaluated by the following judges based on criteria such as technical novelty, social and environmental impact, international appeal, business development potential, and the excitement factor.

The 20 groups that joined in the PITCH stage of the E×S Challenge will soon be reorganized into seven groups to allow ideas and participants to evolve further. These groups will then enter the STORM stage so they can conduct the creative destruction process while being mentored by strategy consultants from Nomura Research Institute, who have joined the challenge on a pro bono basis. This will allow teams to fine-tune their projects, not only from a science and technology perspective but also from a business stance, before the final evaluations of refined business concepts on December 11.

The E×S Challenge is supported by Tokyo Tech Fund