Tokyo Institute of Technology and the Tokyo Tech Alumni Association, led by President Kiyoto Ido, would like to express their sincere appreciation to all those who contributed to the Izusan, Atami City landslide relief fund.

This fund was established jointly by the Institute and the alumni association to support the recovery efforts of those affected by rain-induced landslides in the Izusan area of Atami City on July 3, 2021. Generous donations to the fund between July 16 and October 31 totaled 2,542,000 yen.

On January 24, 2022, Tokyo Tech Executive Vice President Isao Satoh and Tokyo Tech Alumni Association Secretary General Tadashi Tsujino met with Atami City Mayor Sakae Saito, an alumnus of the Institute, to officially hand over the donations. Saito responded by stating that all donations would be used to support the recovery of the disaster victims.

Thank you again for your kind support. 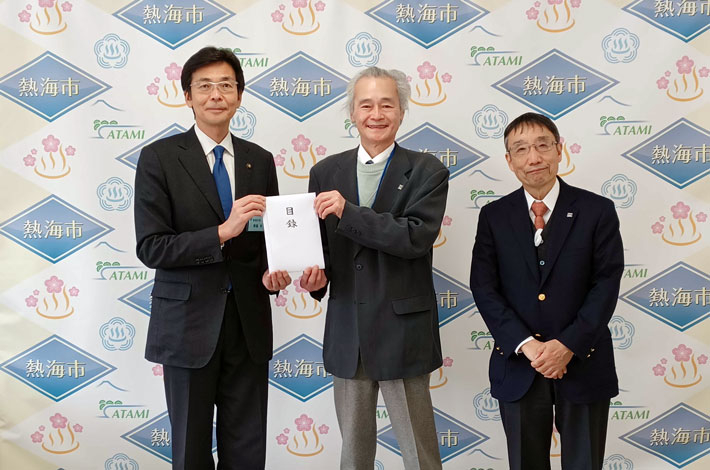