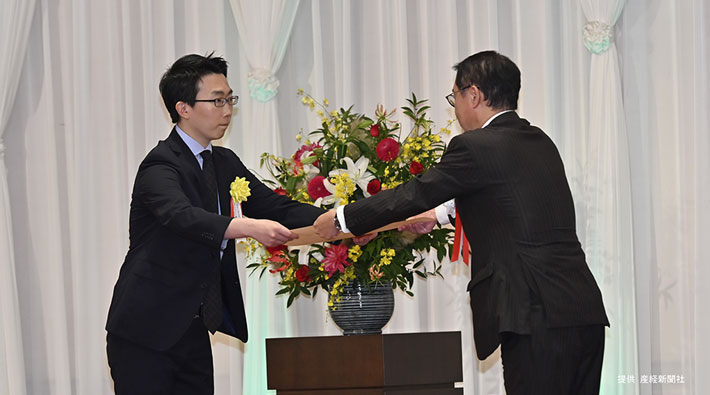 Kou Li, a 3rd-year doctoral student in Electrical and Electronic Engineering, has received the 35th Advanced Technology Award from Japan's Minister of Education, Culture, Sports, Science and Technology. Li received the award for his research on technology that utilizes advanced materials to enable accurate observation of internal conditions of social infrastructure, such as electricity and water supply, regardless of location or structure.

The Advanced Technology Award was established in 1986 to nurture originality and creativity in science and engineering students, and to motivate them to pursue research further. Today, accolades are awarded in two categories, the student category and the working professional category, with the Minister of Education, Culture, Sports, Science and Technology prize being the highest honor in each category.

In the presence of Her Imperial Highness Princess Takamado, Li received the award from Hiroshi Masuko, the director-general of the Higher Education Bureau at the Ministry of Education, Culture, Sports, Science and Technology (MEXT) at a ceremony held on July 14.

At the ceremony, the chairperson of the judges' committee, Tohoku University Professor Emeritus Hiroyuki Abe stated that "today's researchers are conducting increasingly complex research that cannot be restricted to any specific academic field. In the student category, research with novel ideas and unique conceptions once again stood out." 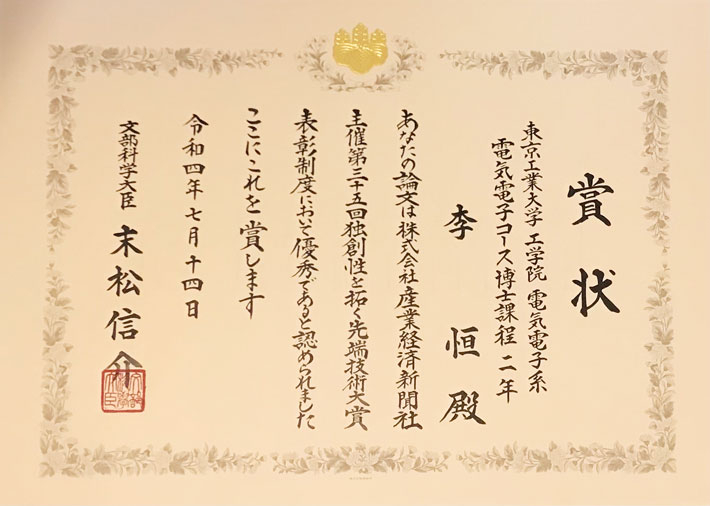 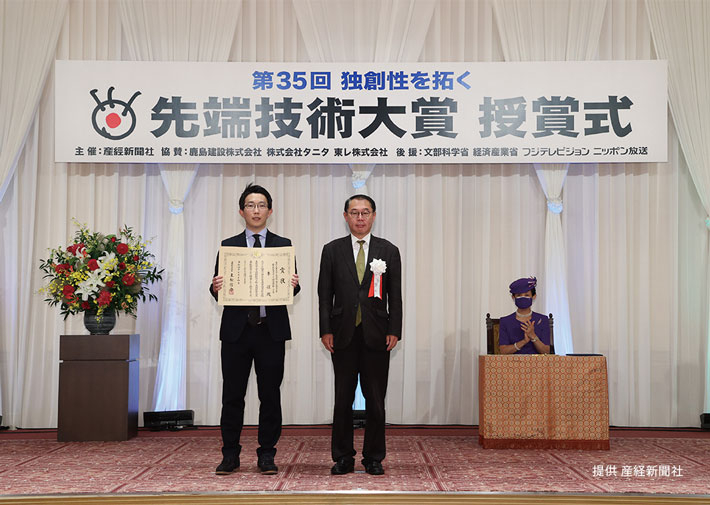 A flexible, environmentally friendly non-destructive imaging platform
-30 years since the discovery of the century: The artisan's view on interwoven carbon nanotubes-

The potential of carbon nanotubes (CNTs), an advanced electronic material discovered in Japan approximately 30 years ago and now hailed around the world, is being maximized from multiple perspectives to develop multifunctional image measurement devices and systems. In the future, CNTs are expected to be applied as an elemental technology that contributes to simple nondestructive inspection of aging infrastructure facilities. 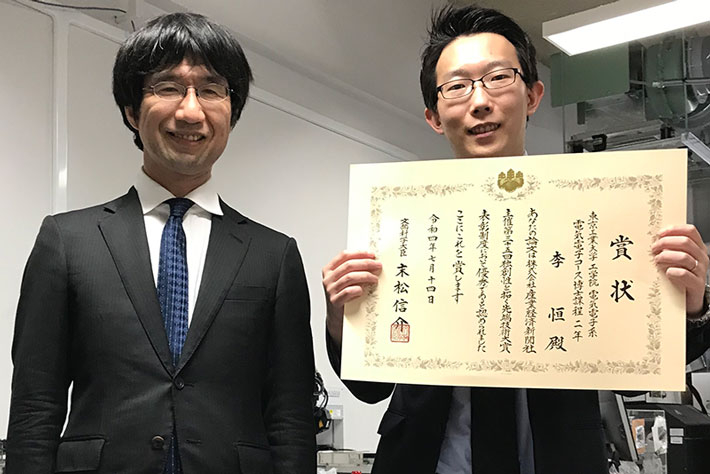 I am both pleased and honored to have received the top prize at the 35th Advanced Technology Awards. This achievement would not have been possible without the daily support of my academic supervisors, joint researchers, lab peers, and everyone else who contributed to the success of this project. I sincerely thank you all. In addition, I would like to thank the judges who selected the winners, the Sankei Shimbun staff, and all the people involved in holding the competition amidst the difficult social climate that has persisted in recent years. The aim of this award is to nurture originality and creativity in science and engineering students, and to motivate them to engage in further research. I can say that I am one of those students who was greatly motivated and encouraged in the process of pursuing this award. I learned a great deal not only from conducting my own research and writing the paper that earned this award, but also from reading the research papers of past award winners. While I am relieved to receive this award, I look forward to "revving up my engine" once again so that I can develop further as a researcher, and hopefully inspire younger students who come after me, even if only in a small way. Once again, thank you very much. 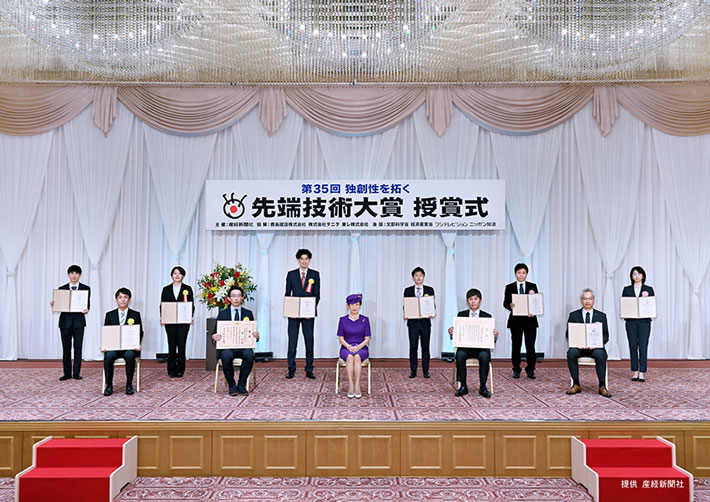