The Japanese Section of Tokyo Tech's Institute for Liberal Arts (ILA) held a three-day Japanese Language Proficiency Test (JLPT)* practice session for international students between November 21 and 25. The series of tests was held after many participants at the JLPT information event on March 16, 2022 requested a mock exam. Twenty-six students participated in the November session on Ookayama Campus.

JLPT is held twice a year by the Japan Foundation and Japan Educational Exchanges and Services to gauge the Japanese language abilities of non-native speakers. The test has five levels — N1 through N5 — with the former being the most difficult and the latter being the easiest. This year, the test dates fell on July 3 and December 4.

On Day 1 of the event, students aiming to pass the N2 or N3 level practiced the vocabulary, grammar, and reading comprehension sections of the exam. Before the mock tests began, students of the same level, many of whom were meeting for the first time, introduced themselves to each other, creating a friendly atmosphere of exchange. While these test sections were approximately 100 minutes at both levels, all students focused fully for the entire amount of time available.

On Day 2, N2 and N3 level test takers attempted a number of mock listening comprehension exercises. These tests lasted between 40 and 50 minutes, and the students seemed to enjoy themselves as they concentrated on the audio recordings. 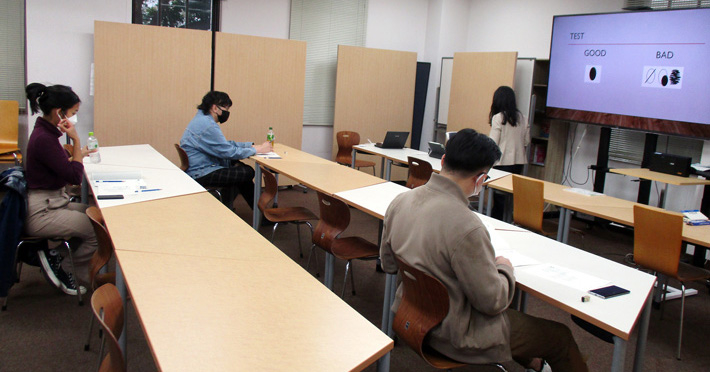 On Day 3, the final day of the mock test event, an individual counseling session was set up at the International Student Lounge on Ookayama Campus. Students conducted a self-assessment while reviewing the mock test questions, checked the answers to the questions they had missed, and listened to their Japanese language instructor's advice on ways to improve their listening comprehension scores. 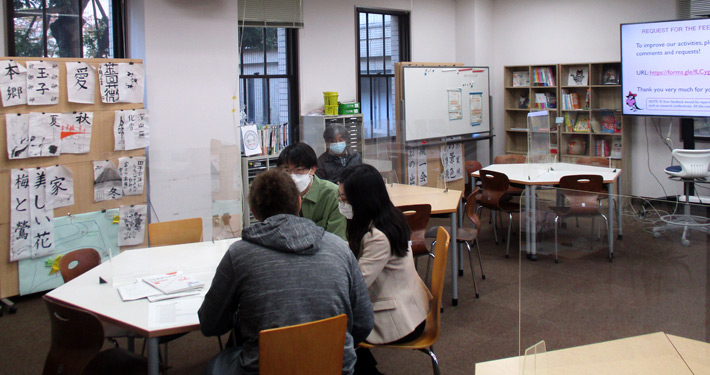 This event was joined by students who planned to take the JLPT soon, students who are considering taking the test next year, and students who simply wanted to check their current Japanese language abilities. In the post-event survey, many students expressed their gratitude for the opportunity to attempt the test in a controlled environment. Others said their motivation to study Japanese increased thanks to the practice sessions.

The Japanese-Language Proficiency Test (JLPT) is offered twice a year by the Japan Foundation and Japan Educational Exchanges and Services. The test measures linguistic competence through listening and reading, including vocabulary and grammar, and has five levels — N1 through N5. N5 is the easiest level, while N1 is the most difficult. Successful examinees earn points for preferential treatment in Japan's immigration procedures, can take Japan's national exams for medical practitioners, and are often viewed favorably by potential employers.