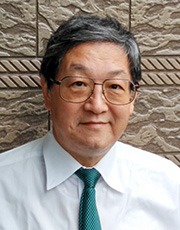 After receiving his bachelor's, master's, and doctoral degrees in mechanical engineering from Tokyo Tech in 1982, 1984, and 1987 respectively, Iwatsuki was hired as assistant professor at the Institute's Precision and Intelligence Laboratory. In 1994, he moved to the School of Engineering, where he became associate professor a year later.

From March 1999 to January 2000, Iwatsuki was visiting scholar at Ohio State University and Stanford University. Upon his return to Japan, he rejoined Tokyo Tech as associate professor at the Graduate School of Science and Engineering, where he earned the title of professor in January 2003.

When Tokyo Tech merged its undergraduate and graduate schools in April 2016, Iwatsuki was named professor and dean at the School of Engineering. He held this position until March 2020.

Iwatsuki's research interests include the synthesis and control of robot mechanisms, silent engineering, and the application of functional-material actuators in mechanical systems. The vice president is a member of the Japan Society of Mechanical Engineers, Japan Society for Precision Engineering, and Robotics Society of Japan. In his free time, he enjoys felt-tip pen drawing, rakugo, and hiking.