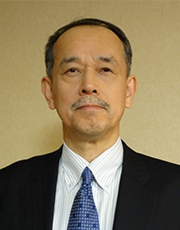 Vice President for Government and Industry Relations Tetsuo Yai has been in charge of Tokyo Tech's industry-government-academia collaborations since April 2017. He has also served as professor at the School of Environment and Society since April 2016.

From 2003 to 2015, Yai was professor at Tokyo Tech's Interdisciplinary Graduate School of Science and Engineering, where he served as dean from April 2016 to March 2017. He also spent time at the University of the Philippines, Diliman in 2009, and again in 2014, as visiting professor.

Yai's research interests include regional and urban planning, and environmental transport engineering. He has advised the Central Environmental Council at Japan's Ministry of the Environment since 2009, and has been a member of the Transport Policy Council at the Ministry of Land, Infrastructure, Transport and Tourism since 2007. Yai is currently president of the Eastern Asia Society for Transportation Studies and chairman of the Committee of Infrastructure Planning and Management, Japan Society of Civil Engineers.