In the reprocessing of spent fuel, uranium (U) and plutonium (Pu) are recovered and fabricated into MOX fuel, continuing the nuclear fuel cycle. A problem remains, however, regarding the management of high-level radioactive waste (HLW) left over after U and Pu recovery. Technologies to reduce radiotoxicity and final waste volume are of pressing need.

This symposium focuses on technologies relating to separation of highly radiotoxic nuclides in HLW, transmutation of separated nuclides, vitrification of HLW, and final disposal. The current state of technology will be presented by 6 European and American researchers and 13 Japanese researchers, including 4 professors from Tokyo Tech. Discussions on the rationality and integration of back-end technologies will be held to identify future research issues in HLW management and to define a road map for solving these problems through EU-Japan and USA-Japan cooperations. 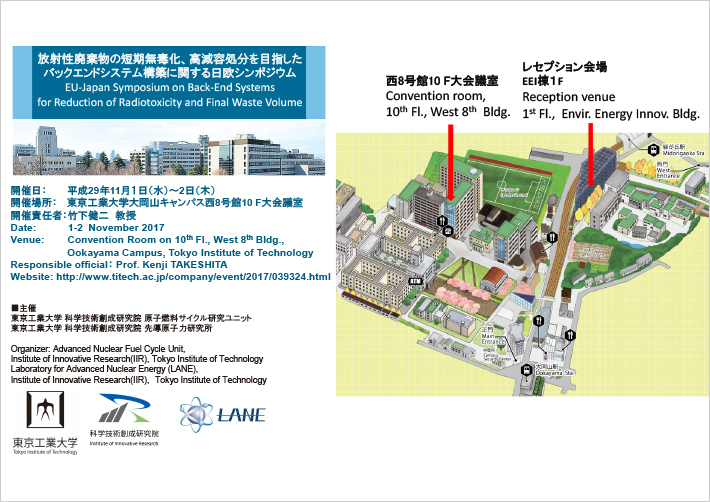 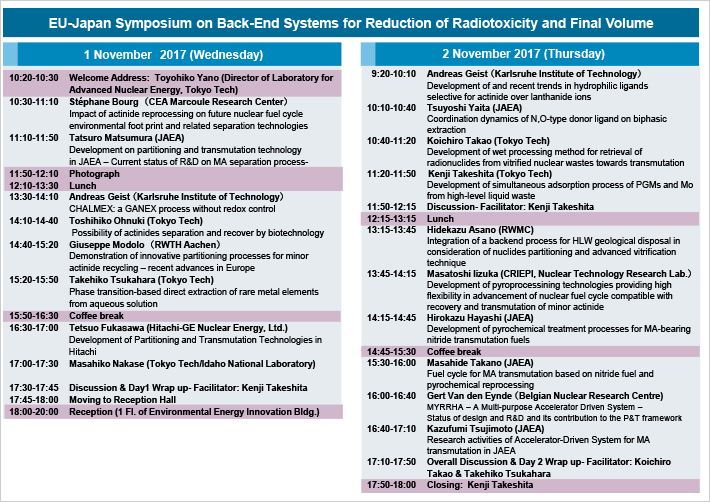