This seminar will begin with the discussion of Japan's experience in economic development and the role of pyramidal business groups called zaibatsu as well as the management problems at state-owned enterprises (SOEs). A discussion of the patterns of the lifecycles of such pyramidal business groups in various countries in Asia and the West will also be given from the public policy perspectives. (Presentation will be in English)

Dr. Masao Nakamura is Professor of Commerce & Business Administration (Emeritus) at Sauder School of Business. University of British Columbia. Dr. Nakamura received Ph.D. (Operations Research/ Industrial Engineering) from Johns Hopkins University in 1972. After he worked for Toshiba from 1969 to 1972, he joined University of Alberta (Faculty of Business) in 1972 as Assistant Professor, and became professor in 1979. He joined University of British Columbia in 1994. At UBC, he served as Director of Center for Japanese Research (1997 to 2002) and Acting Director, Institute of Asian Research (2008 to 2009). He is also appointed as Distinguished Guest Professor of the Graduate School of Business and Commerce, Keio University (2015 to 2016). His areas of interest are international business and technology management issues in Japan/Asia, economic behavior of firms and households, Japanese economy, applied econometrics, operations management, business and economic statistics, labor economics. He published many papers in top journals such as Econometrica, American Economic Review, Journal of Finance, Journal of Business, Journal of Econometrics, Operations Research, Management Science, International Journal of Industrial Organization, Managerial and Decision Economics, Journal of International Money and Finance, etc. 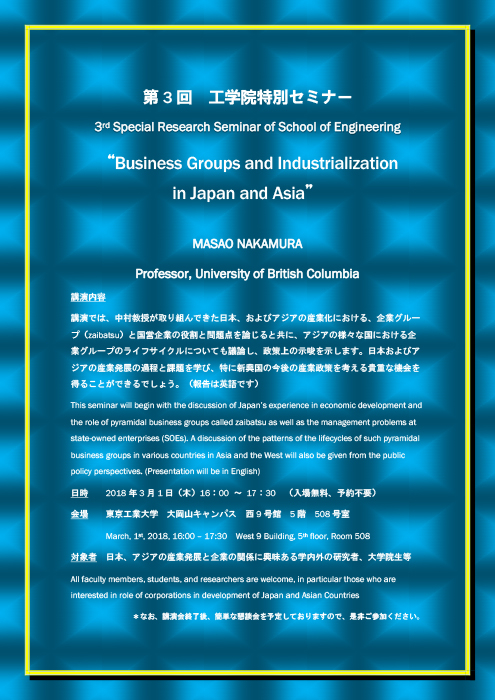 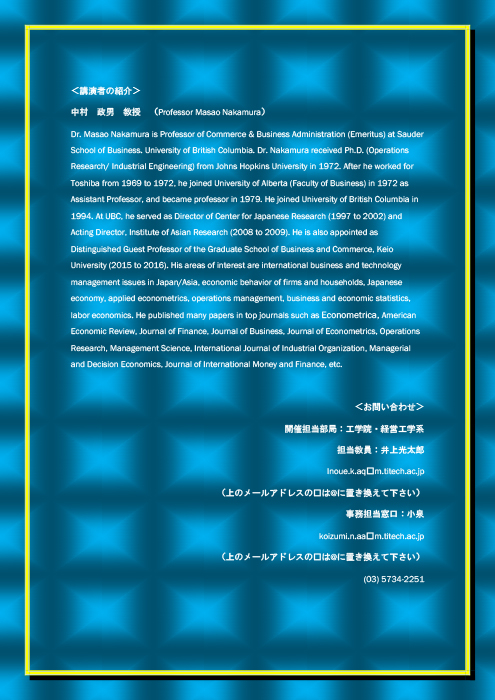