Meister takes to the skies at Birdman Rally 2019 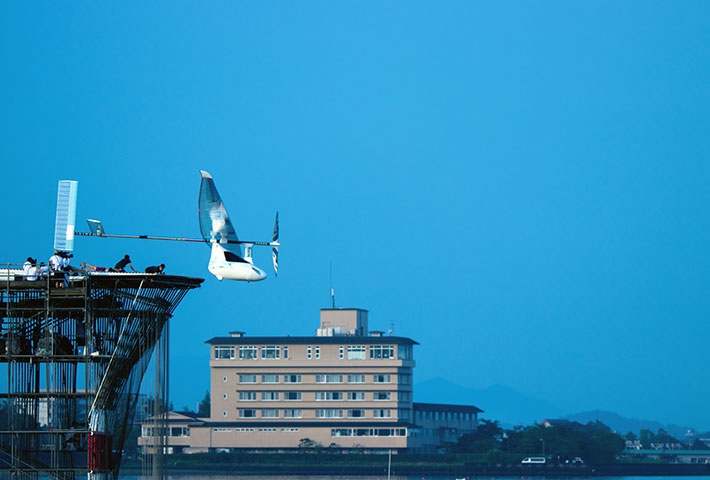 Tokyo Tech participated in the Human-Powered Propeller Plane category, in which planes and pilots are pushed by teammates before launching off a platform 10 m above the surface of the lake. The aim is to fly as far as possible via two designated checkpoints, and ideally, return to the platform.

We completed a safe flight without injuries to anyone. This year's team consisted mainly of 3rd- and 4th-year students, who put in plenty of effort despite being busy with their studies and research. We will be back next year with an awesome aircraft that will exceed everyone's expectations, and look forward to your continued support. 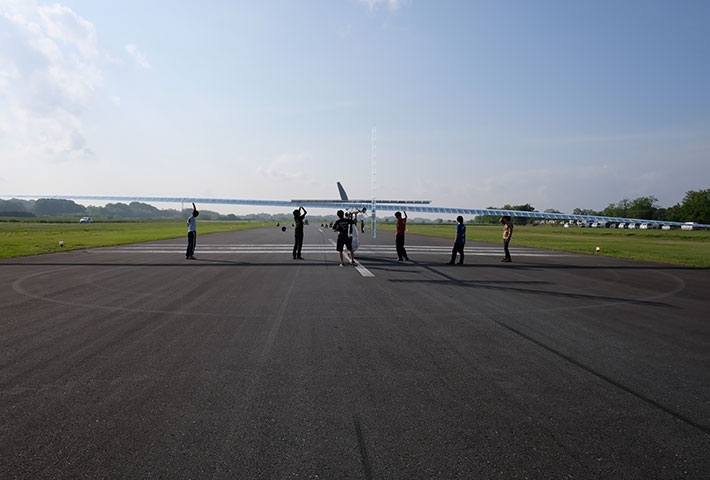