This is an announcement of the subject ToTAL/OPEN program “Future Foresight Workshop” that is a part of “Recognition of Social Issue Workshop Ⅱ (TAL.S506)” of ToTAL course. 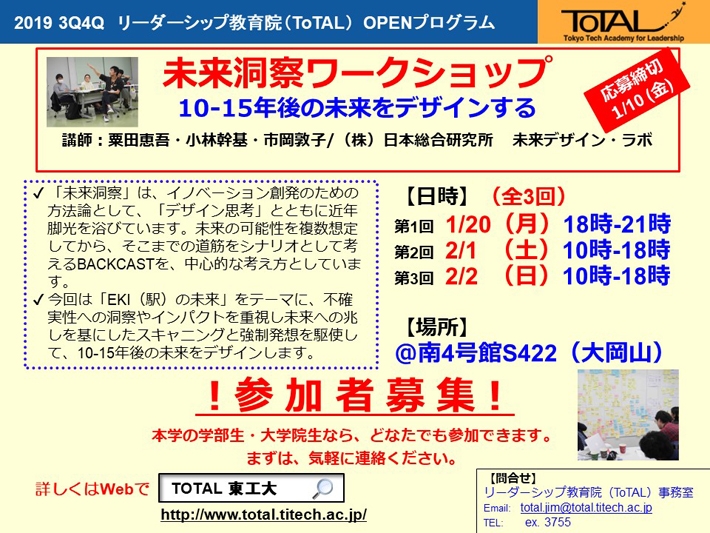