The Tokyo Tech team project was chosen as the Best Information Processing Project at iGEM 2013, the International Genetically Engineered Machine Competition World Championship Jamboree, held at MIT on November 1-4, 2013. There were 204 participating teams this year from renowned universities such as MIT, Imperial College London and Tsinghua University. iGEM is a worldwide, undergraduate synthetic biology competition in which student teams are given a kit of standard biological parts, called BioBricks, and compete by designing and building a new biological system using these parts and other parts they design themselves. 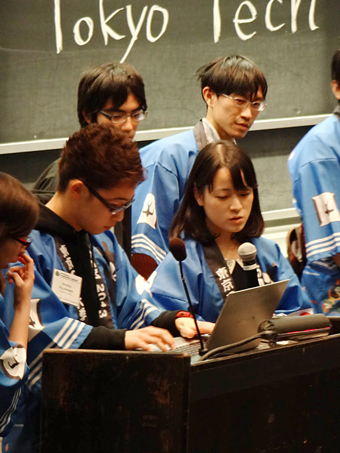 The Tokyo Tech team was comprised of 13 students from the School of Bioscience and Biotechnology currently enrolled in the Creative Design for Bioscience and Biotechnology II course, and one student from the School of Engineering. For the sake of propagating the importance of synthetic biology, the team decided to tackle the network programming of artificial genetic circuits by drawing an analogy between the life of a ninja, a Japanese covert agent during the feudal age, and the E.coli bacterium. In addition, they synthesized several plant hormones that increase plant growth and worked this into their analogy as the latter years of a now retired ninja.

The Tokyo Tech team advanced to the World Championship Jamboree after winning a gold in the iGEM 2013 Regional Jamboree-Asia held on October 4-6 at the Chinese University of Hong Kong. This was the seventh consecutive win of a gold medal for Tokyo Tech at the regionals. Of the 204 participating teams worldwide, only four universities, Tokyo Tech, UC Berkeley, the University of Edinburgh and the University of Freiburg, can boast this record. 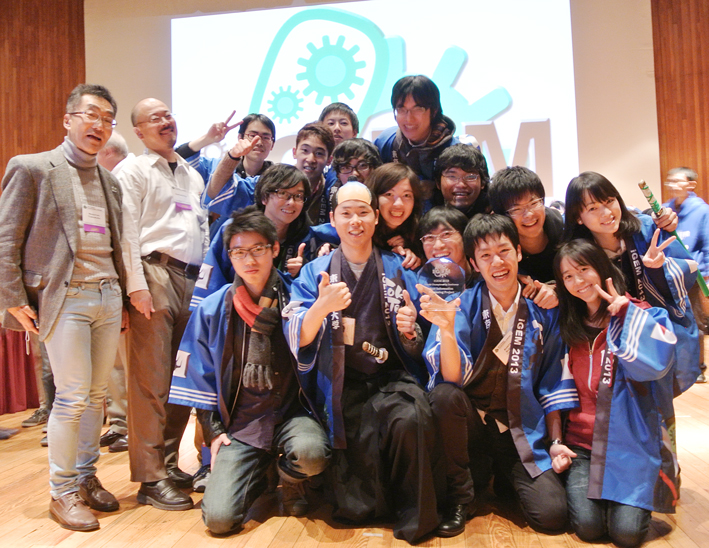