Professor Ahmed Magdy El-Gohary, president of the Egypt-Japan University of Science and Technology (E-JUST) paid a courtesy call to President Yoshinao Mishima on Wednesday, August 6, 2014. President El-Gohary assumed office as the second president of E-JUST in July and this was his first visit to Tokyo Tech.

E-JUST was established in collaboration with the Japanese Government and Tokyo Tech has regularly been sending professors there to support its main program. In addition, Tokyo Tech established the Tokyo Tech Egypt E-JUST Office to strengthen the relationship between the two universities in April, 2014.

After the meeting, the delegation visited the Global Scientific Information and Computing Center to see TSUBAME 2.5, the large-scale supercomputer and received an explanation about the activities of the Office of Industry Liaison. They also visited one of the laboratories of the Department of Chemical Engineering and the Collaboration Center for Design and Manufacturing where President El-Gohary talked with E-JUST students. 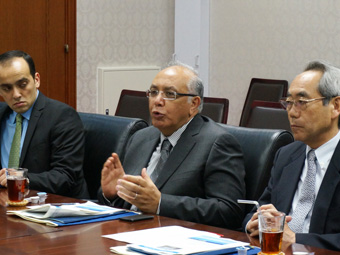 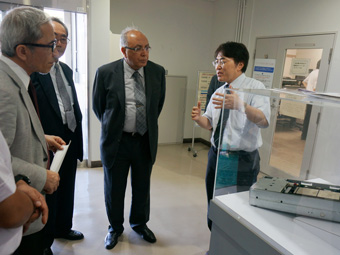 President El-Gohary receiving an explanation
about the super computer 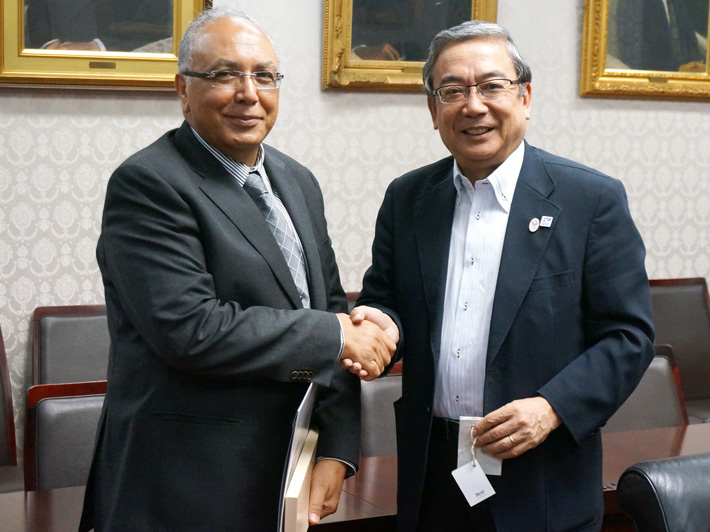