Report on the 9th Tokyo Orienteering

The Student Association for Global Exchange (SAGE) of Tokyo Tech hosts Tokyo Orienteering twice each year in spring and fall to help new students from overseas better navigate Tokyo. This year, SAGE hosted fall orienteering on October 25. Participants were divided into groups representing various nationalities and sent on "missions" to locate various places and items at or near Tokyo Metro stations.

Each group then jumped on the subway and headed to one of the sites on their mission list to locate, for example, a Moomin doll in a store or a small shrine hidden in a narrow street.
Participants used Twitter to communicate with staff to answer mission questions, and their messages showed they enjoyed moving around the city with their groups. 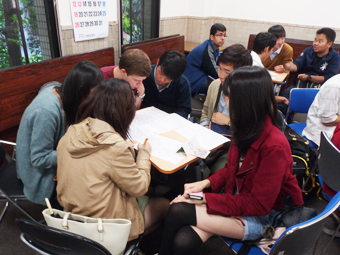 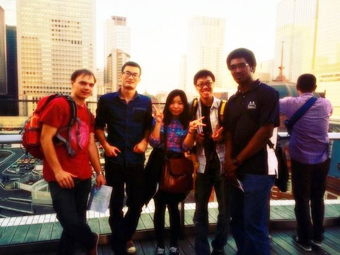 A photo contest was also held at the party, and each group shared captioned pictures taken during the day. The entertaining photos included creative group shots and photos of students posing in handstands.

Tokyo Orienteering is held twice a year in spring and fall. SAGE welcomes not only Tokyo Tech students, but students from other universities as well as anyone else that's interested in participating. We hope to see many more people at the 10th Tokyo Orienteering scheduled in spring 2015.