The paper entitled "Structural performance of a base-isolated reinforced concrete building subjected to seismic pounding," co-authored by Deepak R. Pant and Anil C. Wijeyewickrema that appeared in Earthquake Engineering and Structural Dynamics was listed as one of the most cited papers in 2012-2013. Deepak R. Pant received his Master of Engineering and Doctor of Engineering degrees from Tokyo Tech and is currently a Postdoctoral Researcher at University of Toronto, and Anil C. Wijeyewickrema is an associate professor of the Department of Civil Engineering, Graduate School of Science and Engineering.

A brief abstract of the paper is as follows: 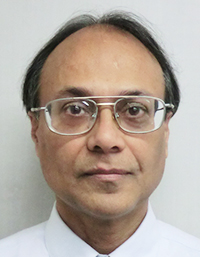 Damage to buildings during past earthquakes has caused a great deal of casualties and economic losses. Thus, enhancing seismic safety of buildings using innovative technologies to reduce damaging effects of earthquakes, has been at the fore-front of research in earthquake engineering. Base isolation is one of such proven technologies in which special devices called bearings or isolators are installed at the base of the building. These devices are specifically designed to be very flexible in the horizontal direction so that the deformation caused by earthquakes is limited at the bearing levels and the structure above it suffers negligible damage. Nonetheless, because of the large deformation at the base under strong earthquakes, the building can potentially collide with adjacent structures, a phenomenon commonly referred to as seismic pounding. Such collision or pounding can cause significant damage to the building negating the purpose of base isolation. Since seismic pounding is a complex phenomenon, its numerical simulation is challenging. Most of the previous studies have used simplified methods assuming elastic models of the buildings and simple impact force models. Therefore, in this paper, the effects of seismic pounding on the structural performance of a base-isolated reinforced concrete (RC) building are investigated, with a view to evaluate the influence of adjacent structures and separation between structures on the pounding response. For this purpose, seismic pounding of a typical four-story base-isolated RC building with retaining walls at the base and with a four-story fixed-base RC building is studied using a new impact force model that does not have the limitations of conventional models. Three-dimensional advanced numerical simulations are carried out under different earthquake excitations considering nonlinear behavior of the superstructure as well as the isolation system. The findings of the study provide many new insights into this complex problem. It is found that seismic pounding has significant influence on the performance of base-isolated buildings. Results revealed that pounding with only retaining walls could even initiate collapse, while presence of another building in close proximity does not cause significant damage to the base-isolated building. The findings of this paper will be useful in developing design guidelines for the next generation of resilient base-isolated buildings.