Discussion on foreign language education in a Global Age

Lecture 2
Discussion on foreign language education in the global age 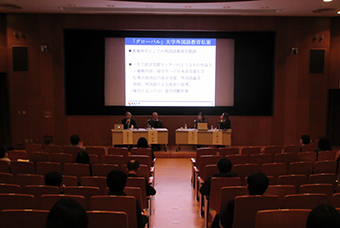 To kick things off, Professors Saito and Hori expressed concern about the pervasive claims that mastering one's first language and English, a sort of scanty bilingualism, is all that is needed to achieve globalization. Hori pointed out that universities are promoting degree programs offered only in English, which is meaningful but nothing to boast about. The goal of university education is to offer students a wide range of opportunities to learn various languages and cultures, not just to provide English language education, according to Hori. His opinion that universities should be proud of the extensiveness of their education, the true source of globalization, was convincing.

A foreign language is a mother tongue of others, but learning it is an experience of cultural surprise. This thought, both conventional and modern, lies behind the opinions of Saito and Hori. Both professors emphasized that the thrilling experience of breaking out of one's mold and meeting others is necessary for cultural accomplishments in the real sense of the term, and is an absolute necessity for civilizations.

Based on her experience in dispatching researchers abroad, Professor Masumoto highlighted the issue of language and power, instantiating that the language used has a huge effect on the power balance between participants at international conferences, indicating a need for English proficiency sufficient for academic discussions. Although Masumoto's point may seem different from the opinions of Saito and Hori, it is not. The three professors all agree that university education is not a choice between mastering foreign languages as practical tools or utilizing them to enhance one's knowledge of culture and people. It must be both.

Discussions at the lecture ranged from the role of faculty teaching foreign languages to the situation of language education in Switzerland, a country known for its multilingualism. On the topic of foreign language education as a means of meeting others, a participant asked, "Some faculty members are geeky researchers. Are they really open enough to meet others?" This brought an air of excitement to the room. 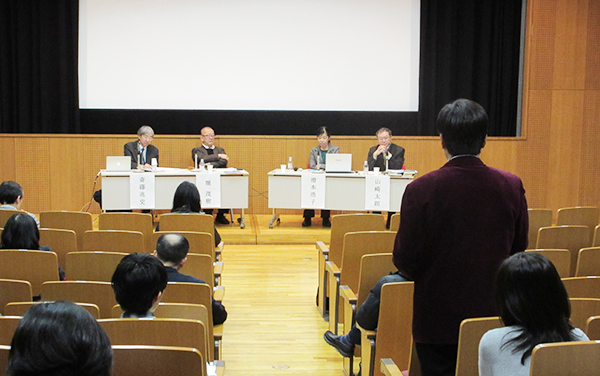