Report on the 20th Supercomputing Contest

The "Supercomputing Contest" (SuperCon) is a four-day problem-solving competition for programs created by students. This fiscal year marks the 20th anniversary of the contest. A total of 21 teams qualified for the competition held at Tokyo Institute of Technology from August 18 to 21, 2014. The results were announced on August 22 and a presentation ceremony was held.

This year's problem was a "Tetris-style Puzzle Game." Sets of 100 to 200 pieces more complicated than Tetris were provided. Then, teams calculated the piece order, position, and rotation so the final height of the stacked pieces was as low as possible.

Before announcing the SuperCon competition results, the Institute Prize was presented in recognition of an outstanding performance by a program.

Institute Prize (The Institute of Electronics, Information, and Communication Engineers, The Information Processing Society of Japan)

(The prize was awarded for their "parallelized algorithm using MPI")

The height of the stacked pieces was scored and the ranking determined according to the lowest total height scores for all three problems. 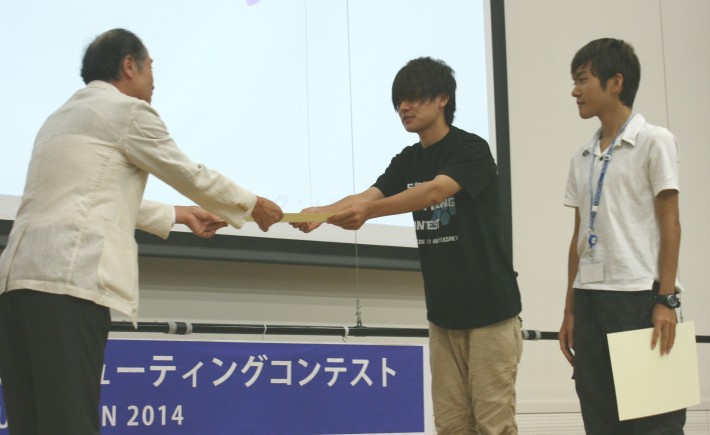 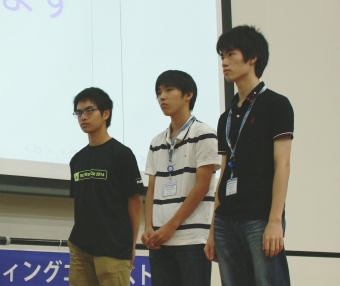 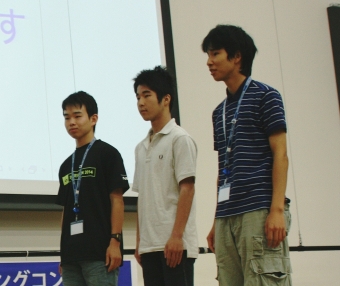 See you at next year's "Summer Cyber Championship" Supercomputing Contest. 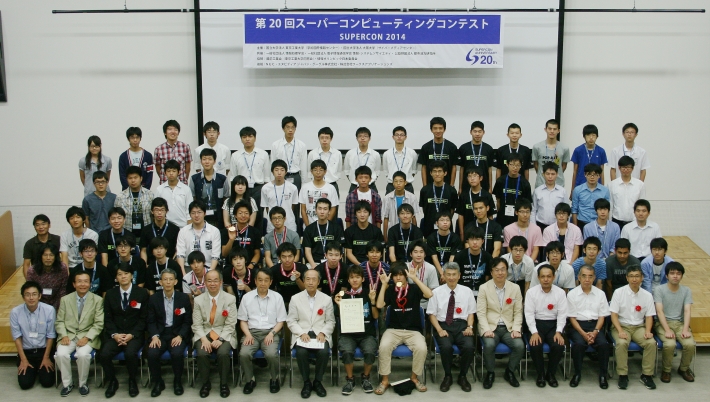