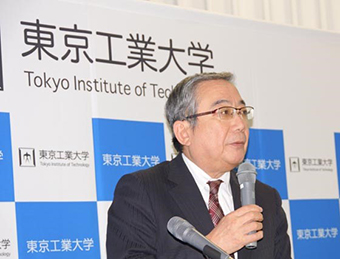 President Mishima spoke on Tokyo Tech's objectives under the Top Global University Project, a MEXT initiative to support further internationalization of Japanese universities. He also discussed recent achievements by esteemed faculty Yoshinori Osumi and Hideo Hosono and his vision for the future with Tokyo Tech. Executive Vice President Toshio Maruyama described the restructuring of the undergraduate and graduate departments, scheduled for April 2016, into a more streamlined system, Tokyo Tech's leading research institutes, and collaborations with industry. 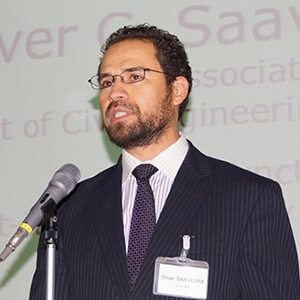 The orientation was followed by an exchange party with addresses by Executive Vice Presidents Kiyoshi Okada and Takashi Tatsumi and a speech by guest speaker Oliver Saavedra. Professor Saavedra is a faculty member of the Department of Civil Engineering. Born and raised in Bolivia, Dr. Saavedra gained his master's degree in Germany and his PhD in Japan. He joined Tokyo Tech in 2010 and helped establish the Water Environment Laboratory to conduct research in water related-fields including ecosystems, water quality management, water chemistry and water resource management.

In addition to his work at Tokyo Tech, Dr. Saavedra spends a large portion of his time at the Egypt-Japan University of Science and Technology (E-JUST). It was established in 2009 by the Egyptian government based on collaboration with Japan in line with Egypt's efforts to promote science and technology with "Japanese-style" features such as "small-size classes," "emphasis on postgraduate education" and "education based on research laboratories." Tokyo Tech has been providing primary support and established an E-JUST center last year with the aim of enhancing collaboration in Egypt and Africa. In his speech, he discussed the work being carried out by E-JUST and the importance of hydrology research to our changing world.

The event closed with an address by Director of the Materials and Structures Laboratory Mitsuru Itoh, who wished the attendees success with their research and life at Tokyo Tech. 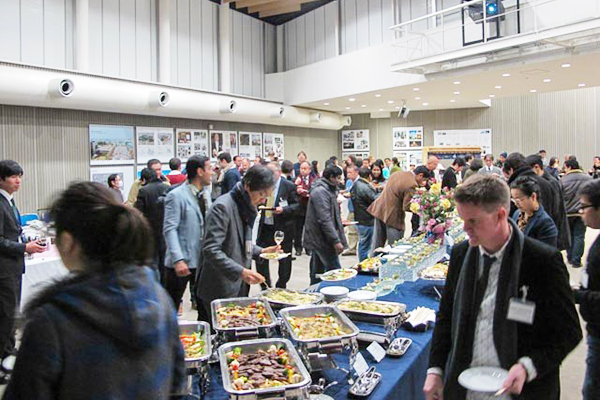