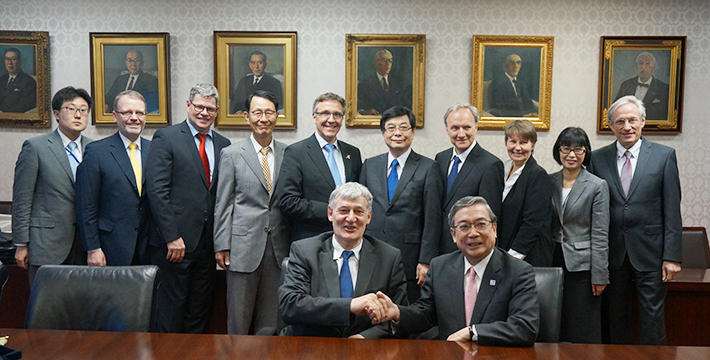 Since concluding a university-wide cooperation agreement in 2007, Tokyo Tech and RWTH have actively promoted research and student exchanges. The two institutions are also engaging in student exchanges through summer programs conducted by the European IDEA League consortium, currently chaired by Rector Schmachtenberg, and the ASPIRE League, the Asian sci-tech university consortium whose head office is located at Tokyo Tech.

In their meeting, Mishima and Schmachtenberg shared updates on activities at their respective institutions and exchanged views with the goal of increasing opportunities for collaboration as leading sci-tech universities in their respective countries. 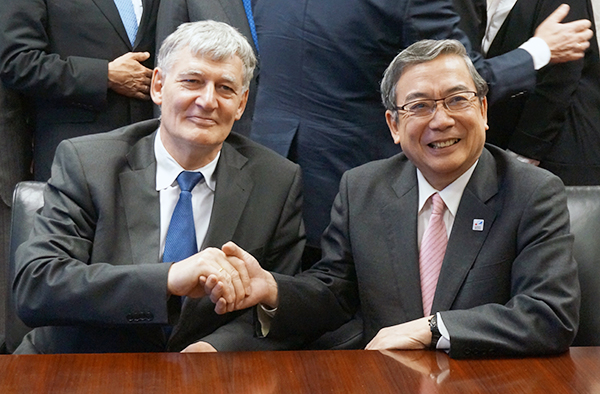 In the symposium, Schmachtenberg gave an opening speech titled "Introduction and Strategy for Liaison of Industry and Academia," and RWTH's Professor Fritz Klocke delivered a plenary talk on "Symbioses of IT-Technologies and Engineering Science to Strengthen Manufacturing of the Future."

The delegation engaged in several meetings with Tokyo Tech faculty to discuss future cooperation in research and education and concluded their visit with a tour of the Global Scientific Information and Computing Center (GSIC), which houses the "TSUBAME 2.5" supercomputer. Professor Toshio Endo of the Advanced Computing Research Division provided an overview of the facility.