Singapore University of Technology and Design is a new university established in 2009 in collaboration with Massachusetts Institute of Technology. During this visit, SUTD's Provost Prof. Chong Tow Chong, who is a graduate of Tokyo Tech's Department of Electrical and Electronic Engineering, described SUTD's innovative education system, and President Mishima introduced Tokyo Tech's ongoing education reform. The two leaders agreed on the importance of developing engineers who can contribute to society. They also discussed ideas on possible areas for exchange between the two universities. 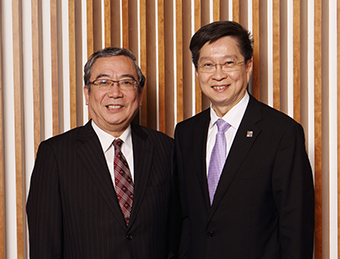 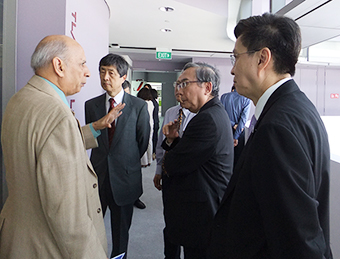 Visit to a laboratory at SUTD 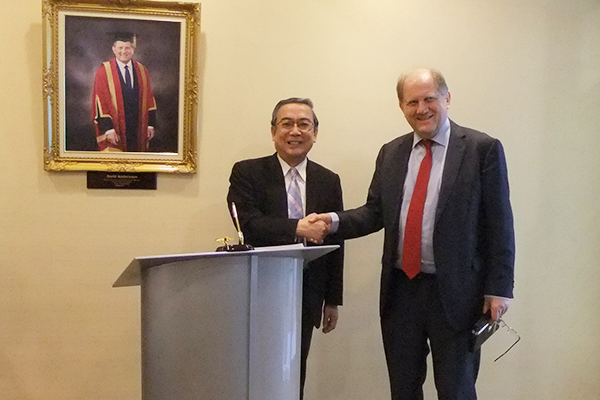 In Singapore, President Mishima was also interviewed for an article by the Nikkei Asian Review. He discussed the education reform at Tokyo Tech and described the internationalization of the Institute.