The following is a message from Professor Makoto Ando, who assumed the position of Executive Vice President for Research on April 1, 2015. 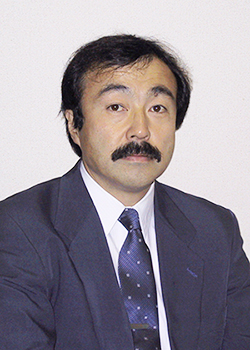 My name is Makoto Ando, and I assumed the position of Executive Vice President for Research on April 1.

In 1979, I earned a doctoral degree in electrical and electronic engineering at Tokyo Tech, and then obtained employment at then Nippon Telegraph and Telephone Public Corporation. After experiencing its transition period for privatization for about four years, I returned to Tokyo Tech and started my current career in academics.

In November, 2014, a forty-year class reunion was held for my undergraduate class. Along with my amazement at how fast time flies by, I shared a love for my alma mater together with my former classmates. While spending almost the entirety of these forty years on the Ookayama Campus, I have constantly wished to broadly convey to society and the world the power of Tokyo Tech, a university highly recognized by experts. Now, in this time of great change, the Institute has entrusted me with an important role, something I never expected. I hereby pledge to dedicate my utmost effort to the growth of research activities at the Institute.

In the current environment of financial difficulty, Japanese universities are undergoing rapid reform, the first such reform since the incorporation of Japanese universities. Today's reforms focus on realizing "universities recognized by society." The Japanese economy continues to face tough conditions and our nation has faced the challenge of coping with the Great East Japan Earthquake. As such, universities which are supported by national expenditures are expected to produce commensurate contributions to society. In addition to inherent missions such as the education and research activities developing professionals and refining academic theories, universities are now expected to chart quantitative targets for the application of research results in society. Of course, there is no universal definition for the ideal form of a university which blends inherent academic functions with the demands of society. Instead, I believe that this ideal form will be realized when university officials humbly acknowledge current insufficiencies and implement a process of reform based on a perpetual quest for improvement.

Amidst such conditions, the Institute has set the goal of "becoming one of the world's top ten research universities" and is currently undergoing education reform. To keep pace with these changes, we must also implement research reform. Indeed, the wisdom of scientific technology is essential to resolving recent social problems. Hope towards scientific technology breeds hope towards Tokyo Tech. As such, the success of reforms aimed at becoming a university which is truly needed by society and industry is not only vital in terms of restoring glory to the Institute; it is also vital to the prosperity of Japan as a whole.

Praise and criticism which are directed at Tokyo Tech by Japanese society and overseas entities do not necessarily reflect the ability of individual researchers and faculty members. This point should be recognized as a central theme in Tokyo Tech's reforms. An effective way of increasing recognition for the Institute is to address significant and complicated social issues, realizing even more specific and comprehensive contributions by organizing intra-university teams that encompass different fields and by forming partnerships with industry and corporations. I hope that many researchers will recognize the research reform as a major turning point and understand the importance of policies aimed at expanding the strengths of the Institute beyond academic conferences to practical application in society and industry.

My discussion until this point has addressed reforms which focus on competition among universities. However, the Japanese government has also proclaimed support for joint-use research facilities to promote cooperation and personnel exchange which exceeds the boundaries of individual universities and corporations. This concept has already taken route in Europe, where joint research teams for each technological theme are assembled from different countries under the supervision of the European Union; research funding is acquired through a system of competition among technological fields rather than among universities. This is also an alternative and promising policy for competitive funding in Japan, a country which lags behind in terms of movement of personnel. We may keep this policy in mind while taking swift action to reform our research system.

Although I had intended to write an introductory message upon assuming the position of Executive Vice President, I ended up listing the numerous challenges which lie ahead. In conclusion, I would like to ask for your cooperation and support as I embrace the task of implementing Tokyo Tech's research reforms.