Tokyo Tech's 4th Homecoming Day at two of its campuses — Suzukakedai and Ookayama — once again proved to be a success. Co-sponsored by Tokyo Tech and the Tokyo Tech Alumni Association, the annual fête has firmly established itself as the social event that brings together the Tokyo Tech community. This year, plans were made to better accommodate families of students as well as people from the local community. At the Ookayama venue, activities and events were organized to welcome future Tokyo Tech students. Craft and experiment workshops were set up for elementary and middle school children, and inspiring lectures were given to high school students.

On Saturday, May 16, Homecoming Day 2015 at Suzukakedai was held alongside the Suzukakedai Festival. In addition to the Grand Reception, the day was marked with a special lecture titled "The allure of steel: the most functional and cost-effective material," given by Yasutsugu Ogura, president and representative director at JFE Galvanizing & Coating Co., Ltd. The day was well attended by the alumni, current students, faculty, and staff. 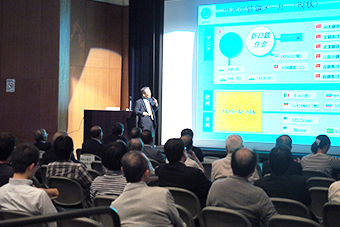 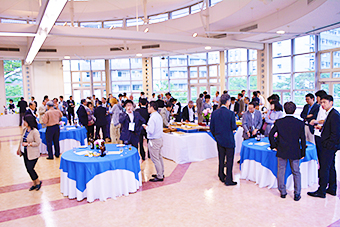 Ookayama Campus held its Homecoming Day 2015 on May 23. The weather was fine and the celebration was filled with colorful events that welcomed people of all ages and groups. Many student clubs participated in the organizing of events, and alumni associations also contributed by hosting talks. Socializing events to connect the alumni and current students were also held. Refreshments were available at tents operated by volunteers from student clubs.

A guided tour that offered a viewing of Tokyo Tech's supercomputer, TSUBAME, was conducted at the venue. With the aid of a video, the tour guides provided visitors with insight into TSUBAME's advanced performance. Each tour was strictly limited to 20 people, and around 100 visitors enjoyed the visit in total. A tour of Ookayama Library was also given. Tours were conducted at 20-minute intervals and a total of 274 people viewed the facility. 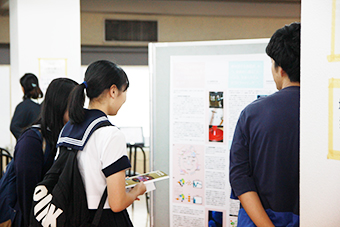 Exhibits at the Communication Lounge

The Communication Lounge on the second floor of the First Cafeteria proved to be a popular venue for high school students. Panel exhibits and slide presentations giving information on the Institute's three undergraduate schools — Science, Engineering, and Bioscience and Biotechnology — were available. Also on display were posters prepared by student groups featuring their involvement in improving campus life at Tokyo Tech. 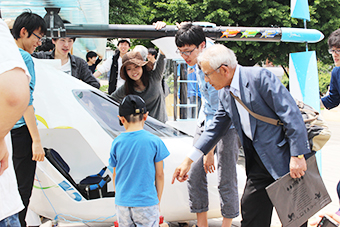 Assembly of human-powered aircraft by Meister

An assortment of events hosted by student clubs added to the lively atmosphere. The most notable event may have been the Tohoku product fair that was organized by the Tokyo Tech Volunteer Group (Tokyo Tech VG), the proceeds of which were donated to fund earthquake recovery. Many of the alumni associations also held general meetings on the day. 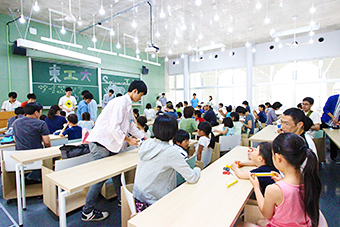 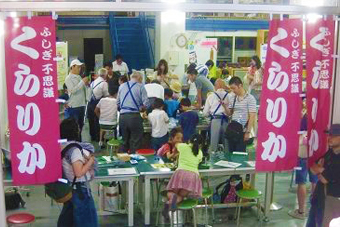 Craft and experiment workshops by Kurarika

Participating clubs and organizations (links in Japanese except TISA) 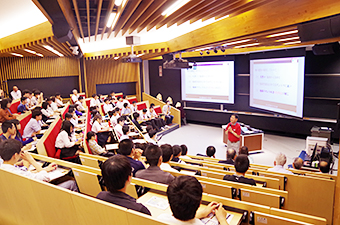 In the newly unveiled Tokyo Tech Lecture Theatre (refurbished lecture room 531, West Building 5), a lecture series for high school students titled "Magic Class" was held. Kick-starting this event was an opening speech by Toshio Maruyama, executive vice president of Tokyo Tech, on the topic of the Institute's education reform. The first lecture, "The moon was created in one month," was given by Institute Professor Akio Hosoya. The story of how the moon was created was made all the more fascinating with the aid of full-screen imagery of the universe. The second lecture titled "Grains of Wonder" was given by Institute Professor Hitoshi Tokura. In this lecture, Tokura introduced various types of powder that surround us, and in the process showed students the mechanisms of an electron microscope. The lectures are sure to have sparked the interest of students in science and strengthened their resolve to further their education by going to university.

There was also a special lecture given by Professor Kiyoshi Mabuchi of Kitasato University (Department of Medical Engineering and Technology, School of Allied Health Sciences) titled "Science and Culture." Mabuchi received the 2014 Ig Nobel Prize in Physics for his study into the friction measurement of banana skin and the effect of lubrication on its slipperiness. He talked of how he became interested in the topic as an extension to his research into reducing friction in artificial joints. His humor-filled talk then proceeded to the skin of other fruits and artificial joints. The professor ended his talk on how science can have both cultural and practical significance by singing a parodied version of "I Will Follow Him." The lecture was very well received by those who attended. 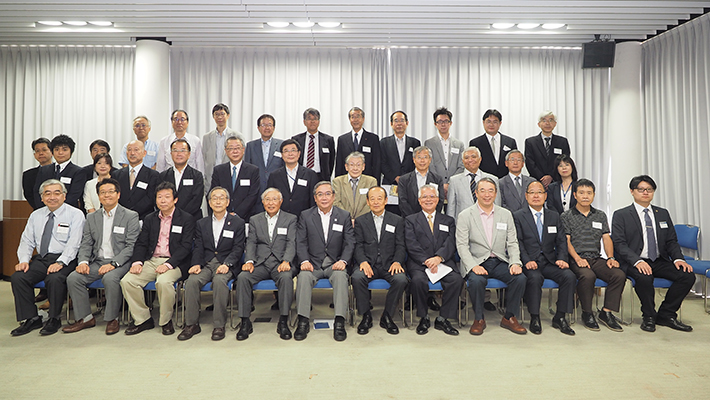 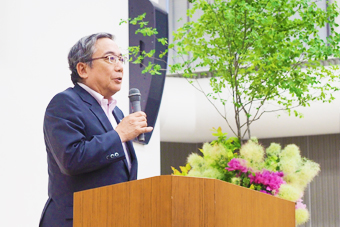 The Grand Reception was held in the evening on the ground floor of Tokyo Tech Front. Speeches were delivered by Yoshinao Mishima, president of Tokyo Tech, and Yoshio Ishida, vice president of the Tokyo Tech Alumni Association. Live music was provided by the alumni of the male choir club, Schwalben Chor. At the standing reception, graduates were seen enjoying the reunion with former peers from each of the departments, fields of study, student clubs, and student exchange programs. The reception also provided an occasion for current and former students to connect. 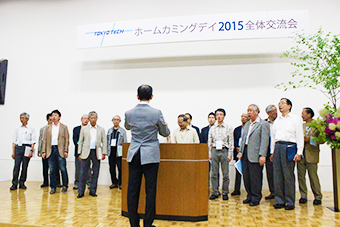 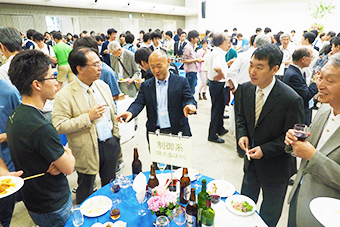 The Grand Reception was concluded with a speech by Tokyo Tech's executive vice president, Kiyoshi Okada, and the two symbolic days of strengthening ties between alumni and their alma mater drew to a close.