United States Ambassador to Japan Caroline Kennedy visited Tokyo Tech to share introductory remarks at a panel discussion on the theme of "Women in STEM." The panel was organized as an activity of the 2015 Tokyo Institute of Technology International Research Opportunities Program (TiROP), which has attracted many female exchange students to the campus. 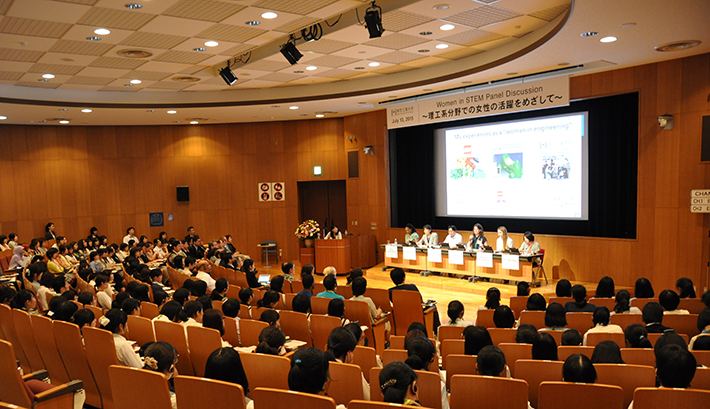 The July 13 event was a forum for frank discussion on issues ranging from how to encourage female students to pursue studies in science, technology, engineering, and mathematics (STEM) to the types of support sought by female researchers and university students in those fields. It was attended by nearly 200 female students, including high school students from Tokyo and Kanagawa, undergraduate and graduate Tokyo Tech students, and international students participating in the TiROP Summer Program. 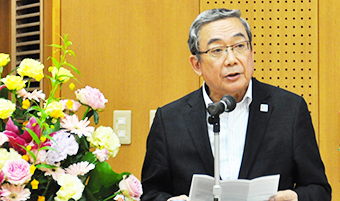 After thanking the US Ambassador for her cooperation in supporting the event, President Yoshinao Mishima addressed Tokyo Tech's aim to increase its numbers of female faculty, researchers, and students and expressed his hope that the panel discussion would generate additional ideas regarding ways in which the Institute could further support women in STEM.

In her remarks, Ambassador Kennedy described initiatives in the United States to support the advancement of women and men in science and technology careers. Kennedy encouraged audience members to pursue studies in STEM fields, commenting that "women can use their tech skills, innovative ideas, and leadership talents to transform their own lives and change the history of their countries." 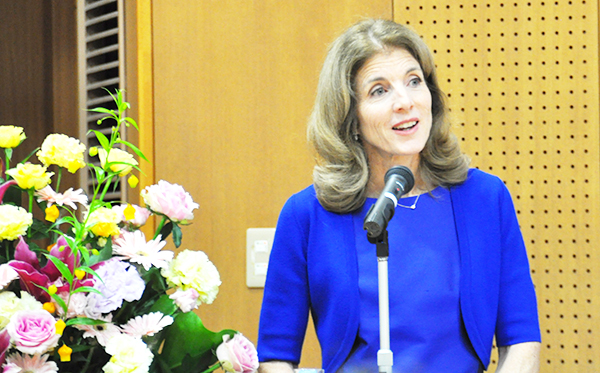 Panelists included Dr. Kellina Craig-Henderson of the Tokyo Office of the US National Science Foundation, Professor Shinae Kondoh of the Graduate School of Bioscience and Biotechnology, Professor Akira Yamada and Associate Professor Celine Mougenot of the Graduate School of Science and Engineering, undergraduate exchange student Anastassia Bobokalonova from Massachusetts Institute of Technology, and doctoral student Eri Takematsu from Tokyo Tech. The discussion was moderated by Professor Kayoko Nohara of the Institute's International Student Center. 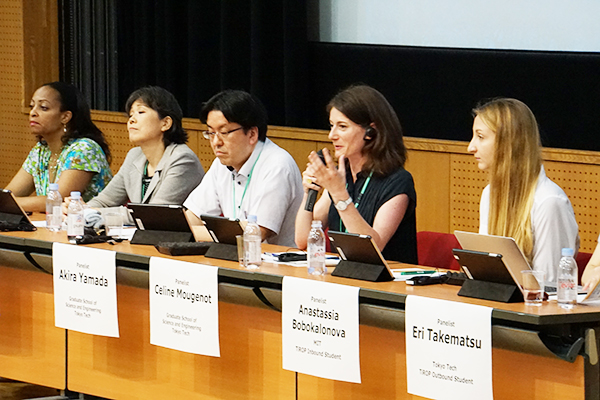 Three broad themes related to women in STEM emerged in the discussion. Tokyo Tech and other sci-tech universities face difficulty in encouraging young women to pursue STEM fields at the university level. Panelists suggested a variety of reasons, including social and cultural expectations of women in Japan, which may contribute to this situation, and suggested approaches to make sci-tech fields more appealing to girls.

Also discussed were challenges faced by women in STEM, such as difficulties balancing research careers and household obligations, and social expectations regarding women's roles. Panelists shared strategies employed by organizations in the US and Japan to help respond to these challenges. They also reiterated the enormous impact that role models can play in encouraging younger women to enter and remain in STEM fields.

Finally, the panelists discussed the exciting opportunities available to young women in STEM, particularly at Tokyo Tech. Professors Kondoh and Mougenot respectively described medicine and engineering collaborations and engineering design research conducted in their laboratories. The faculty members, both of whom are female, emphasized that women can make meaningful contributions and succeed in STEM fields. "Engineering is cool," commented Mougenot, "we are creating useful things for people and design objects to communicate with friends and share feelings." 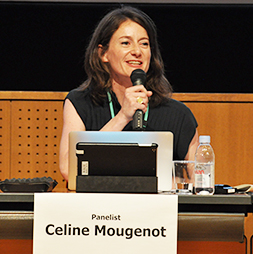 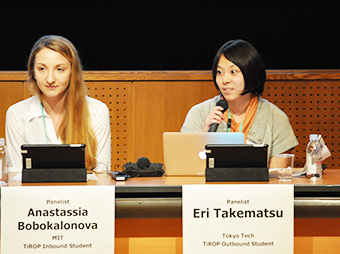 Using suggestions offered in the panel discussion, Tokyo Tech will continue to provide unparalleled opportunities in STEM education and research, and ensure an environment in which male and female students, researchers, and faculty can thrive.