"New Horizons of Quantum and Classical Information 2015 - Quantum annealing, Error correcting codes, and Spin glasses", an international conference about quantum annealing and related topics, was held from August 3rd to the 5th at Tokyo Tech Front.

In 2011, the Canadian venture firm D-Wave Systems developed a quantum computer that operates on the principles of quantum mechanics, entirely different from existing computers. This computer's operating principle is a method called quantum annealing. This method was proposed in 1998 by Professor Hidetoshi Nishimori of the Department of Physics at Tokyo Tech and alumnus Tadashi Kadowaki (a graduate student at the time). Appearing at a time when it was widely thought that the development of a quantum computer was still decades away, the D-Wave machine created a sensation and sparked research that is currently ongoing. It is within this context that this conference is being held, with the goal of facilitating substantial debate and information exchange between the relevant researchers. 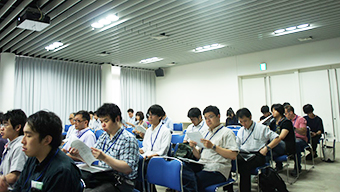 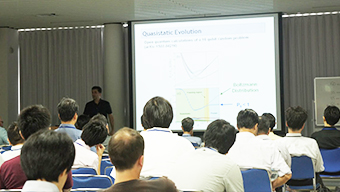 Scene from the conference

The lecturers conducting research using the actual D-Wave machine lectured on topics such as what are the actual computations being done, how to interpret the obtained data, and how to overcome problems that occur. Furthermore, discussions were held from numerous perspectives on various related topics such as research using other technologies to implement quantum annealing, and methods for theoretically speeding up computation times. 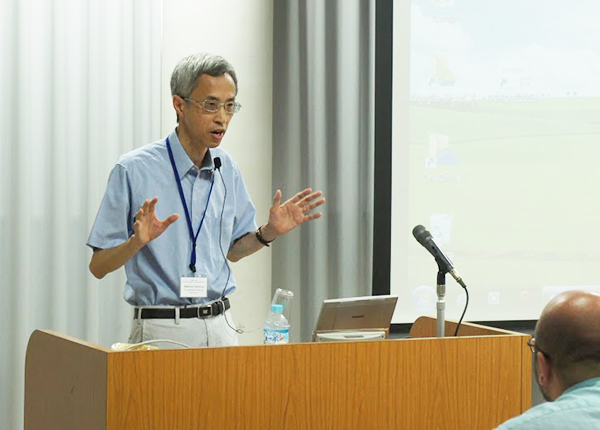 Professor Nishimori during his lecture

Problems solved by quantum annealing are called optimization problems. It provides solution methods for a wide range of problems from understanding the "glass" state*, a long-running problem in the natural sciences, and issues involving information theory that underpins modern digital societies, as well as artificial intelligence which is showing the potential to alter peoples' lives, to machine learning. Lectures were held at this conference on a variety of problems like the application range of quantum annealing.

*
If a melted liquid is gradually cooled, it usually crystallizes at a specific temperature, and becomes a solid. In the case of the glass state, the liquid does not crystallize, gradually becomes more viscous as it cools, does not exhibit a distinct solidifying point, and solidifies with its atomic arrangement and atomic bonds in a disarrayed state. (Source: Encyclopaedia Britannica Index preface edition 2014 edition)

Dr. Kadowaki, who together with Professor Nishimori was involved in the early development of quantum annealing, held a special lecture on the details of their research. The mention that the number of citations of the original paper continues to increase years after its release gave insight into the depth of and level of interest in their research activities.

In the sweltering heat of consecutive days over 35°, the conference offered vigorous, energetic discussion from beginning to end. Through the exchanges between participants, many and various discussions were held in an exceptionally relaxed atmosphere.