In line with Tokyo Tech's ongoing education reforms toward the implementation of the new education system in April 2016, the Institute launched the Invitational Program for Faculty from the World's Top-Level Universities in academic year 2014. The program offers special lectures on leading-edge research to Tokyo Tech students in order to strengthen their motivation towards research and broaden their international outlook. In addition, the program aims to boost education and research exchanges between faculty members at Tokyo Tech and those at other top-level universities, and reinforce ties between those institutions.

Through the program, Professor Sergei Kazarian from Imperial College London was invited to Tokyo Tech's Department of Organic and Polymeric Materials in the Graduate School of Science and Engineering for one month in the spring 2015 semester. Professor Junko Morikawa was his host researcher at the Institute. 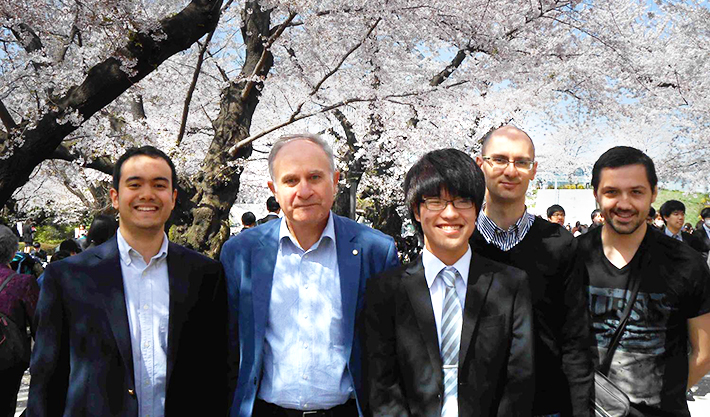 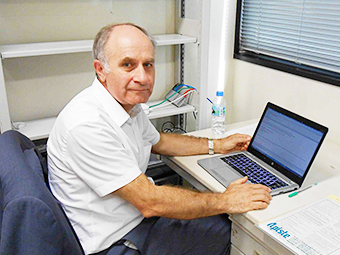 A world-renowned researcher in the field of applied spectroscopy, Kazarian has been engaging in research on spectroscopic imaging1, and through tip-enhanced Raman scattering2 has succeeded in Raman mapping with nanoscale resolution. Furthermore, the unique and extensive applications of spectroscopic imaging to the process analysis of materials and pharmaceutical products symbolize his energetic and worldwide activities.

Kazarian is a Fellow of the Royal Society of Chemistry and a Fellow of the Society for Applied Spectroscopy. In May, he was awarded the Sir George Stokes Award 2015 by the Royal Society of Chemistry for "his outstanding, sustained contributions to spectrochemical analysis via the development of ATR-FTIR spectroscopic imaging3."

In terms of educational activities, Kazarian has been invited to give lectures at universities in the U.K. and other nations. His research group at Imperial College London receives many international students from Europe, South America, and Asia. The professor has played a key role in developing talented individuals and continues to educate students around the world on the basis of fundamental science. 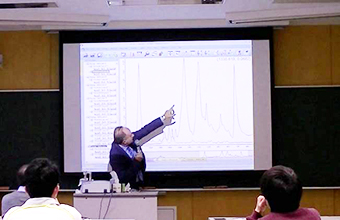 With ATR-FTIR spectroscopic imaging as its principal subject, the "Joint Symposium of Imperial College London and Tokyo Institute of Technology - Recent advances in spectroscopic imaging and other modern techniques" took place at Tokyo Tech on April 3. Approximately 30 participants, including Tokyo Tech faculty, graduate students, and other participants from companies and universities in Japan and overseas, attended the symposium. In addition to Kazarian, speakers included Dr. James Kimber from Kazarian's research group at Imperial College London, and researchers from Kyoto University, Kwansei Gakuin University, Tohoku University, and Swinburne University of Technology in Australia.

During his stay at Tokyo Tech, Kazarian also undertook joint research and experiments, many of which have already produced research findings or led to further collaborative experiments. Tokyo Tech and Imperial College London have expanded their cooperative ties due to Kazarian's stay at the Institute, and the visit of Tokyo Tech's dean of engineering to Imperial College London is scheduled for September 2015.

Tip-enhanced Raman scattering is a technique that combines the high spatial resolution of atomic force microscopy (AFM) with chemical information of Raman spectroscopy.

ATR-FTIR spectroscopic imaging is particularly well suited to studying dynamic processes, such as tablet dissolution and drug release, diffusion in polymers, chemical imaging of live cells and other biomedical systems.