We will contribute to a brighter future, vows valedictorian - Fall Graduation Ceremony 2015

The Fall Graduation Ceremony for Undergraduate and Graduate Schools of Tokyo Institute of Technology was held on September 25, 2015. A total of 71 doctoral degrees, 150 master's degrees, 5 professional master's degrees, and 34 bachelor's degrees were conferred. The venue for the ceremony, Tokyo Tech Front, was again filled with graduates' families and special guests. 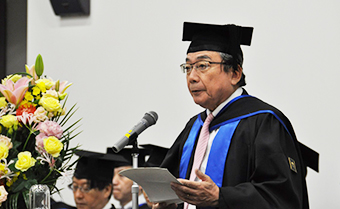 Tokyo Tech President Yoshinao Mishima began the festivities with a congratulatory address, expressing his respect for all the graduates for their dedication. He stressed the ever-increasing importance of international networks, both for Tokyo Tech and its graduates, and encouraged the young men and women in the room to become leaders in their fields and make striking contributions to global society. 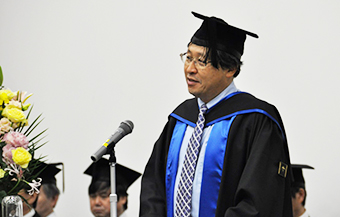 Professor Kikuo Kishimoto, dean of the Graduate School of Engineering, congratulated the graduates on attaining the abilities expected of all Tokyo Tech graduates. He urged everyone to continue improving their skills from an international engineer's viewpoint, highlighting the design and development of solutions, teamwork, and life-long learning as particularly significant. Kishimoto left the audience with a soccer analogy, stating that this was not simply the end of a game, but rather the start of the next stage. 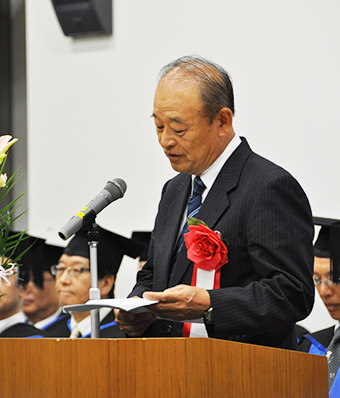 Mr. Koichi Ohta, executive director of the Tokyo Tech Alumni Association congratulated the graduates on achieving alumni status in the most employable university in Japan, but reminded them that it was time to give back to society and the world. He encouraged everyone to "enlarge the stages in their plays," and work hard to contribute to world growth, welfare, and peace. 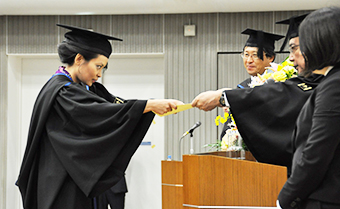 After the conferral of degrees, student representative and doctoral degree recipient Ryo Nagai from the Graduate School of Science gave a short speech to the President and special guests. He considered it a great honor to graduate from Tokyo Tech. Seventy years after the end of the Second World War, it is essential for engineers and scientists to realize that weapons based on science and technology still cause suffering and ruin lives. We must make lives happier for all citizens and contribute to a brighter future, Nagai concluded. 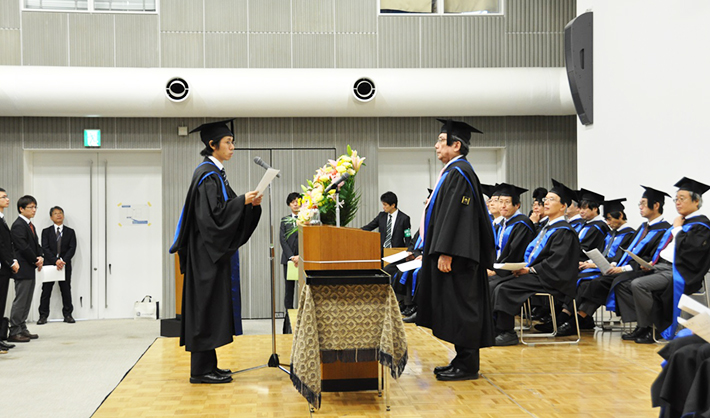 Ryo Nagai delivering a speech on behalf of the graduates