creation. The device, easily attachable to the body and used together with headphones while listening to music, gives users the feeling that they are at a live performance.

SWTT Part 3 was held at Tokyo Tech from October 30 to November 1, 2015. The Startup Weekend, a 54-hour marathon event, brings together motivated individuals for pitching new ideas, team building, product development, customer development, and business planning. On the final day, judges representing various industries decide on the relative merits of the presented concepts and products. Held in over 110 countries and known to produce many entrepreneurs, the event was first held in Japan in 2012, and has now been held over 50 times all over the country. 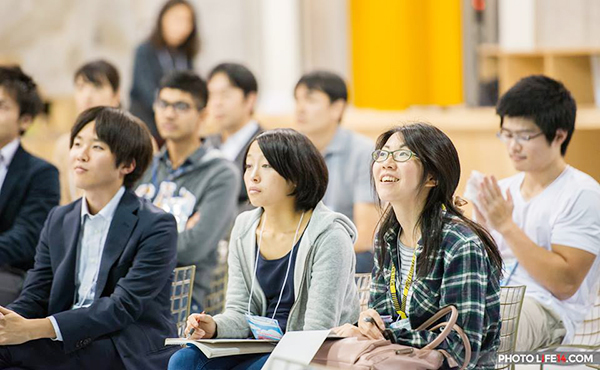 Eager participants waiting for the event to kick off

The event was the third in a series of tech-themed events held at the Institute since November 2014. Again, Tokyo Tech brought to the table the latest technology and gadgetry, including stuffed robot teddy bears (Japanese)

and materials that change color depending on oxygen concentration (Japanese)

. The event was sponsored by the Cross Border Entrepreneur Cultivating Program (CBEC)

, run by Tokyo Tech's Graduate School of Science and Engineering. 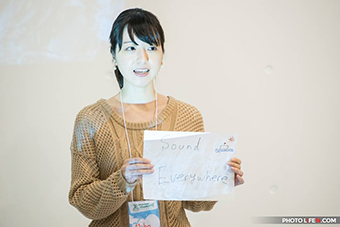 On the evening of Day 1, a total of 50 participants consisting of students and working adults gathered in the renewed Centennial Hall. First, everyone got to know each other over pizza and drinks.

After the warm-up session, it was time to pitch ideas in the form of one-minute presentations. A total of 22 participants shared the business ideas they had prepared in advance. After the presentations, the remaining participants teamed up with the presenters whose ideas most appealed to them. It wasn't long before nine teams had been formed. 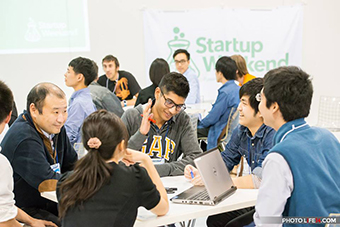 3D printers in full use

At 9 a.m. on Day 2, groups moved to the 3rd floor of Centennial Hall, which was equipped with 3D printers, Kinect devices, and plenty of stationery and manual tools to work with. After some breakfast, it was time again for the tongue-in-cheek presentation by Mr. Dong Yol Lee, the facilitator of the event, which covered the event's objectives, rules, and judging criteria.

After some serious discussion in the morning session, participants were joined by 12 professionals who provided advice as technology and business. The technology coach aspect is unique to Tokyo Tech's Startup Weekend. Expectedly, feedback was harsh. 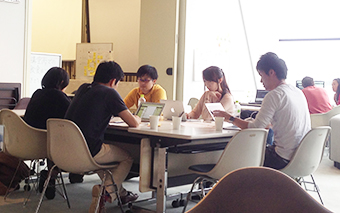 Trial and error is an important part of the Startup Weekend. To verify their hypotheses, teams were eager to utilize the tools they were given to create trial pieces and mock apps. One group even visited Tokyo's central Shibuya district to gather feedback from some 30 people on the street. When the event venue closed for the night at 9 p.m., some teams moved to nearby restaurants to continue discussions late into the night.

Customer verification continued on the third day. With the final presentations looming, teams tried to make improvements to their products based on comments collected from potential customers on the previous day. Some teams hit the streets again to collect more feedback. 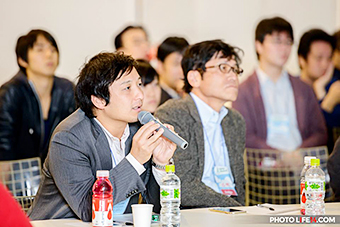 At 5 p.m., it was time to reconvene back on the 1st floor of Centennial Hall for the final presentations in front of the judges, CBEC Steering Committee members, and other important guests. After some tough questions from the audience, it was time to announce the winner.

This year's winning team was led by Yusuke Yamazaki, a 1st-year master's student in the Department of Computational Intelligence and Systems Science. The team's winning concept, which was evaluated by the judges to have an array of uses and high business potential, was the Wearable Bodysonic, a compact acoustic device that enhances the music listening experience. It was developed by the Hasegawa Lab at Tokyo Tech's Precision and Intelligence Laboratory. 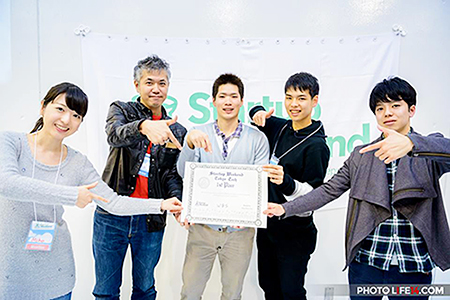 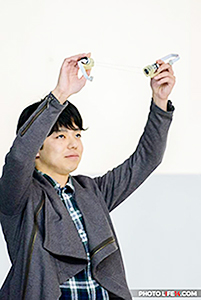 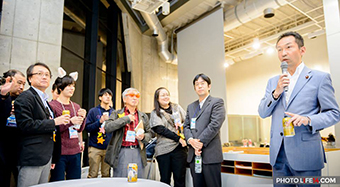 A toast to start the party

Discussion regarding the weekend's creations and potential improvements continued during the evening cocktail party. Among those present was Mr. Mineyuki Fukuda, member of the House of Representatives, who had come to see the activities on the final day. Fukuda, who is in charge of the government's IT strategy policy, eagerly exchanged opinions with the participants. Facilitator Lee ended the 54-hour challenge by encouraging participants to bring what they had learned over the weekend to the next SWTT event, scheduled for June 2016. 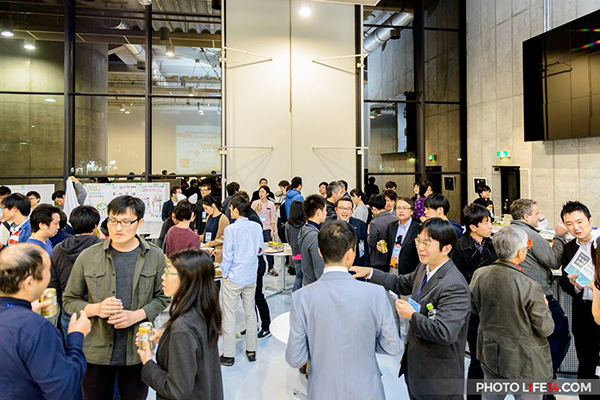 Photos from Days 1 and 3 courtesy of Anthony (Photolife.com