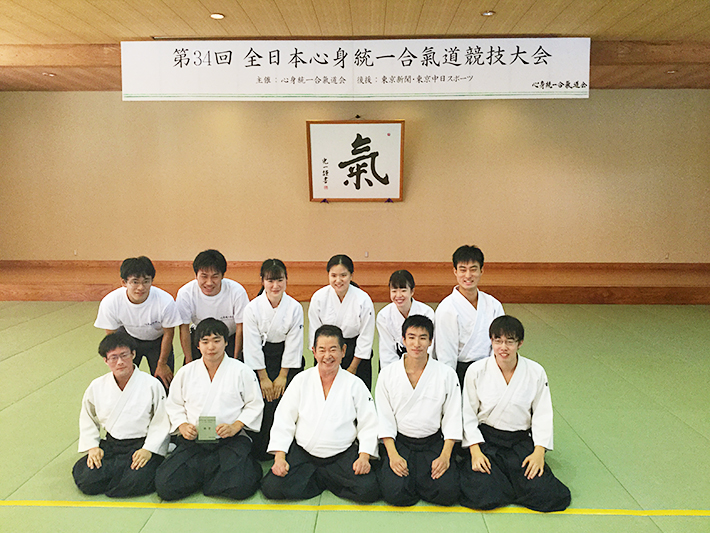 This year's competition was held on September 27 in Tochigi, with a total of 99 middle school, high school, and university students competing in group and individual divisions.

Kobayashi, the prize winner, acknowledged the strong support he receive and expressed his decision to aim for ever higher standards.

The Tokyo Tech Aikido Club was founded 47 years ago in 1968. Members have training sessions four days a week, with Master Yutaka Otsuka, 9th dan, providing instruction once a week.

*
This article has been updated to correct a typographical error on December 18.