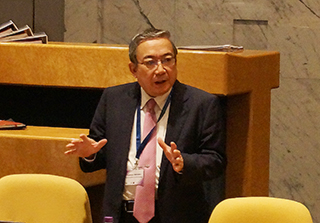 Established in 1996 to provide a forum for exchange between East Asia's leading research-oriented universities, the consortium is comprised of 18 member universities from Japan, China, Korea, Hong Kong, and Taiwan. The AGM was attended by 55 participants from these universities.

At the Board of Directors meeting held before the AGM, Seoul National University was selected to chair AEARU for 2016-2017, with the University of Tsukuba serving as vice-chair. Tokyo Tech was selected to serve as a new board member for two years.

At the AGM, member universities presented activity reports, including updates on workshops and the student camp conducted in 2015. The AEARU Secretariat introduced activities for 2016 and announced the Board's approval of Tokyo Tech's proposal to host the 6th Energy and Environmental Workshop in August 2016.

During the Member University Presentation Session at the AGM, President Mishima spoke on "Enhancing undergraduate education for AEARU universities" and described the new education system to be implemented at Tokyo Tech in April 2016. The numerous questions and comments in response to Mishima's presentation evidenced a high level of interest by representatives of the member universities. 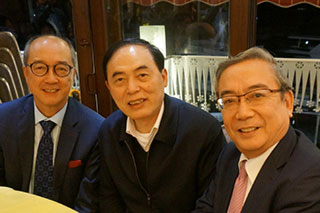 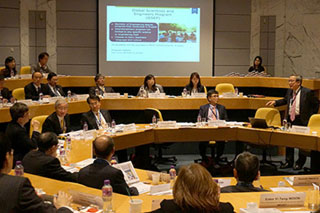 The next AEARU Board of Directors meeting will be held in the spring of 2016 at National Tsing Hua University in Taiwan, and it is expected that Seoul National University will host the next AGM in the fall.

*
This article has been updated to include the related links on January 27.