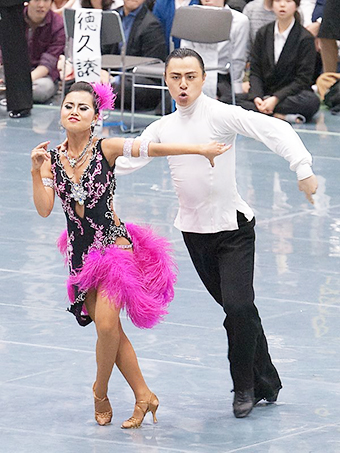 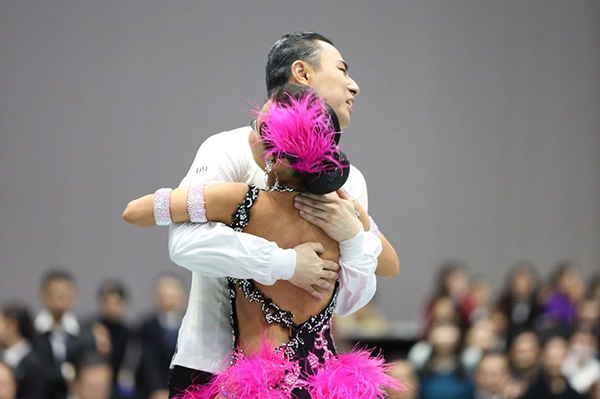 DanceSport is competitive ballroom dancing where couples are evaluated by a panel of judges. The collegiate championships have two categories, international style Standard and Latin, each of which is comprised of four divisions — International Standard includes waltz, tango, foxtrot, quickstep, while International Latin consists of samba, cha-cha, rumba, and paso doble.

I am proud to be a Tokyo Tech student good at both academics and sports. I achieved this victory due to my strong will and conscious daily efforts. Various people have helped me along the way, and I'd like to take this opportunity to thank them for their support.

Four couples from Tokyo Tech Ballroom Dance Club participated in the championships. The club was founded in 1946, and currently consists of 30 Tokyo Tech students,14 from Shirayuri University, and 8 from Sugino Fashion College.