Honorary Professor and Former President Yasuharu Suematsu has been awarded the 2015 Order of Culture. The Order of Culture is an order bestowed on those who have made preeminent contributions to the development of culture, including in the arts, science and technology. 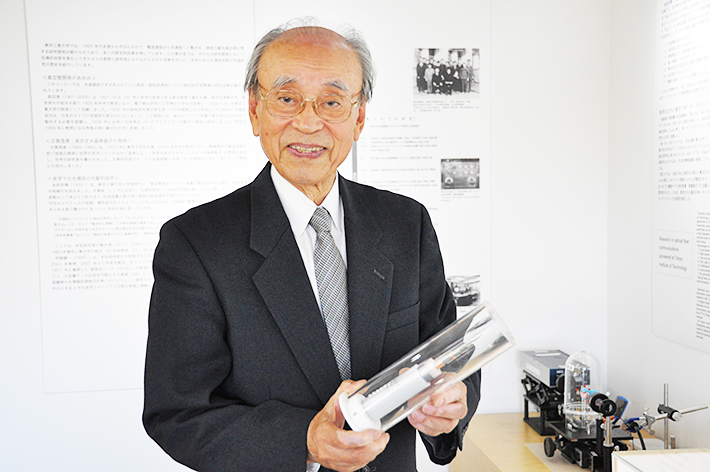 Honorary Professor Yasuharu Suematsu excelled in the field of optical communications, creating the dynamic single mode laser (DSM laser) — a laser which emits light in a wavelength range of minimum transmission loss and maintains a stable wavelength even with high-speed light modulation. His outstanding achievements include playing a major role in establishing the high-capacity and long-distance optical fiber communication system that supports today's Internet society. He has contributed much to the advancement of this discipline as well to the development of this industry.

It is such a privilege to be joining the ranks of those masters who received this honor before me.

I would like to take this opportunity to reflect on all that I am truly grateful for — the mentors who gave me guidance; the classics through which I gained the wisdom of humanity; the fortune to have been born during such a revolutionary time; the research funds that supported my work; my pupils who made vital contributions each step of the way; my colleagues who I was able to work with in constructive rivalry; my health which allowed me to take an active role in this field; my family, including my parents, siblings, wife, and children; and our society which nurtures culture and passes it on as we move forward together. 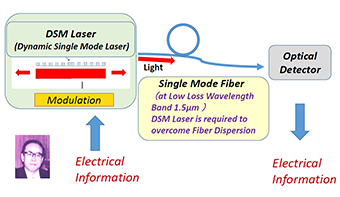 Light is the highest frequency of electromagnetic waves that humans can control. It outperforms radio waves by a wide margin in transmitting a large capacity of information. Research into optical communications was undertaken in countries such as Japan, the United States, and the United Kingdom. The nature of optical fiber communication was recognized as possibly being able to transmit a large capacity of information over a long distance, all over the world. To make it a reality, the focus was on creating a DSM laser which has the following three characteristics: 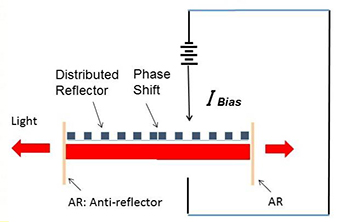 First, we pioneered materials for a mixed crystal of GaInAsP/InP for a semiconductor laser that would operate at a wavelength band of 1.5 micrometers, which causes minimal loss inside the optical fiber, and continuously operates at room temperature. During this time, we proposed a single mode resonator which consists of two distributed reflectors joined together with a phase shift by odd numbers of half pi. We also succeeded in creating an integrated laser which was capable of integrating lasers and optical circuits monolithically. Following these preliminary achievements, in 1980, we succeeded in creating an integrated laser with built-in distributed reflectors using a material in the band of 1.5 micrometers. We built a DSM laser that stably operates at a single mode even under rapid direct modulation, and continuously operates at room temperature. This laser remained in stable operation mode even when the temperature was changed, so we could tune the wavelength thermally. Thus, the thermo-tunable DSM laser was born. Meanwhile, research and development progressed at industries in areas such as optical fibers, optical circuits, optical devices, modulation schemes, system structures. The actualization of the DSM laser became an impetus to develop high-capacity and long-distance optical fiber communications, and it began to be applied commercially in the late 1980s.

Among these, the phase-shift distributed feedback laser that we proposed in 1974 and demonstrated in 1983 is a thermo-tunable DSM laser which had a high rate of production yield. Since the beginning of the 1990s, it had been consistently and widely used commercially as a standard laser for long-distance use, giving me a measure of relief. On the other hand, the electro-tunable DSM laser, which I felt would be the final form, is, so called, a wavelength tunable laser that we proposed in 1980 and demonstrated in 1983. It was a long time before this laser was used commercially. It was around 2004 that, through the efforts of those involved, this wavelength tunable laser was developed and used commercially in dense wavelength division multiplexing systems. It became utilized in earnest around 2010. I became aware of this recently, about three or four years ago. I was finally able to become satisfied with my work.

Another thing I want to mention is the semiconductor laser called VCSEL, developed by former Tokyo Tech President Kenichi Iga in 1988. This laser, also, under suitable specifications, becomes a DSM laser. Its low-power operation is a distinguishing factor. It complements the long-distance communication of the aforementioned research, and is widely used for short-and-middle-distance optical fiber communications, domestically and internationally.

High-capacity and long-distance optical communications in the lowest loss wavelength band of 1.5 micrometers use DSM lasers as their light source, and have progressed along with research and development of optical fiber, optical devices, modulation schemes, and the like. Thermo-tunable DSM lasers developed by this research have been commercially applied for long distances, for overland trunk systems (1987) and for intercontinental submarine cables (1992), and continue to support the progress of the Internet to this day. Additionally, since around 2004, electro-tunable DSM lasers (wavelength tunable lasers) are being used as the light source to advance dense wavelength division multiplexing systems and for coherent communications. 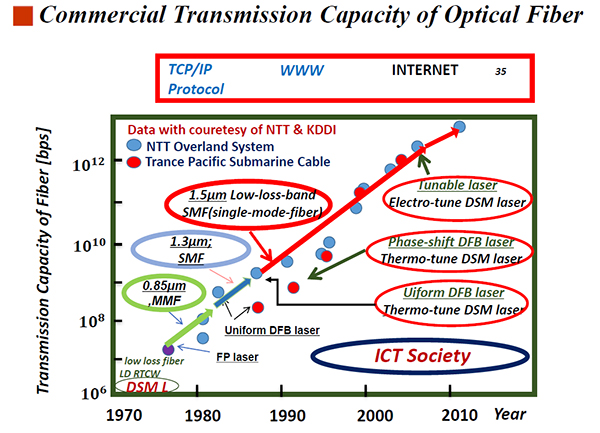 Today, optical fiber communications make up a highly dense communications network circling the globe tens of thousands of times, and are also used in applications such as middle-distance Ethernets. Additionally, DSM lasers in the band of 1.5 micrometers are used for optical lines from the exchange center to the home in FTTH.