Professor Hideo Hosono has been chosen to receive the 2016 Japan Prize. Hosono is a Professor at the Materials and Structures Laboratory and the Director of the Materials Research Center for Element Strategy, and is well known as a global researcher in the realm of materials science. 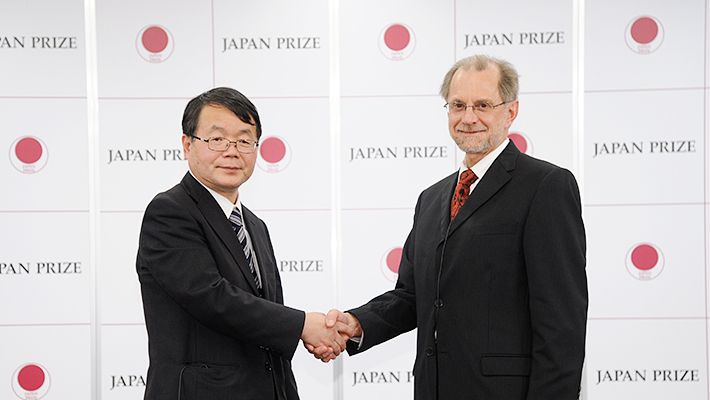 The Japan Prize is an international prize which was instituted in 1985 when Mr. Konosuke Matsushita responded with a donation to the government's concept to express Japan's gratitude to the international society by establishing an international prize on par with the Nobel Prize. This prize has as its scope scientific engineers from around the world and is given to persons recognized to have attained creative and dramatic outcomes, to have contributed greatly to the progress of science and technology, and to have contributed notably to the peace and prosperity of humankind. Each year, recipients are selected from two fields chosen after consideration of the trend of science and technology. The magnificent award ceremony is held with Their Majesties the Emperor and Empress and representatives of every sector of society.

Professor Hideo Hosono was selected as the recipient for one of the prize-winning fields for 2016, Materials and Production.

Professor Hideo Hosono made use of the nano-structure of materials to synthesize numerous electronic materials that defy traditionally held ideas about elements and compounds. For example, he used transparent amorphous oxide, which was believed to not conduct electricity, to develop a semiconductor. One such material, a thin film transistor of In-Ga-Zn-O (Indium, Gallium, Zinc, and Oxygen), called IGZO-TFT, has been applied as an energy-saving LCD display and can be found in everyday life in items such as personal computers and tablets. Its use in large organic EL (OLED) televisions has also started. Hosono has contributed greatly to industry as well — pioneering new realms for materials science from unique perspectives — including the creation of an electricity-conducting compound from cement materials and the discovery of a high-temperature superconductor containing iron, an element thought to be a hindrance to superconductivity. 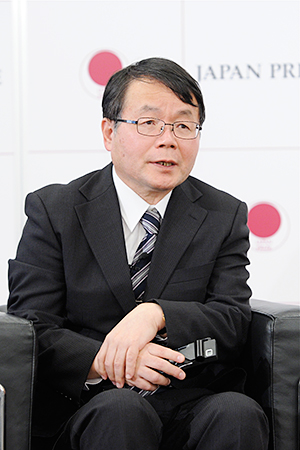 This award is the result of research pioneering the electrical properties of transparent oxides started in 1993 at this institute. This research was motivated by the tremendous activity and stimulating atmosphere of the Materials and Structures Laboratory at the time — that "if you can't have a large research concept, you are not qualified to be here." I feel that having it selected for the JST's ERATO project in 1999 gave me the chance to dare to develop the concepts and was the turning point after which great strides were made. I owe it to my supervisors, collaborative researchers, and students in my laboratory. I give them my heartfelt thanks.

Materials seem to have capabilities that are beyond our imagination. I strongly feel that we still know only a small part of it. The goal of the Materials Research Center for Element Strategy, established in 2012, is to vigorously push forward with research which unravels the possibilities of matter and makes it leap into the realm of materials. With this center at the core, I would like to further apply myself to pioneering research of matter and materials.